Rural America’s population “is shrinking for the first time on record,” USDA’s Economic Research Service () says in a report, with increased drug-related mortality among working-age adults contributing to the decline.

geographer John Cromartie, who was responsible for the report’s preparation, notes that the annual assessment of rural areas contains a section on mortality for the first time. “Increased mortality among working-age adults is a more recent and unanticipated trend contributing to lower population growth,” the paper says.

“Rising rates of prescription medication abuse, especially of opioids, and the related rise in heroin-overdose deaths are contributing to this unprecedented rise in age-specific mortality rates after a century or more of steady declines,” says. If the trend continues, ERS says, it “will not only lower rural population but will increase what is known as the dependency ratio: the number of people likely to be not working (children and retirees) relative to the number of people likely to be wage earners (working-age adults).” 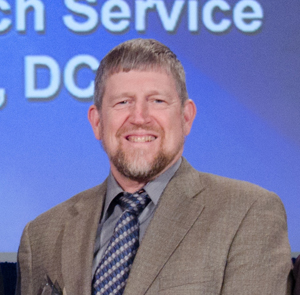 Mortality concerns are not new, but today they involve an entirely different age group. “The People Left Behind,” a report by the President’s National Advisory Commission on Rural Poverty in September 1967, cited “a higher infant mortality rate than among the least privileged group in urban areas” among several factors holding back rural areas. Other causes are unchanged. “The rural poor population is characterized by low income, a higher unemployment rate . . . low educational attainment, poor housing, hunger [and] malnutrition,” the commission said in its 1967 report.

More recently, Cromartie says, “We have seen six consecutive years of rural population decline,” with annual rates of decline “quite small” compared to 2010, but not evenly distributed.

He notes growth in some rural areas – especially energy-producing and recreational counties – while others continue losing people, notably in the farm-dependent Great Plains, Corn Belt and southern Coastal Plains, which have experienced population losses for decades. “New areas of population loss emerged throughout the eastern United States, especially in manufacturing-dependent regions,” the report says.

Overall, the report points out, “Rural employment has not returned to its pre-recession level, and job growth since 2011 has been well below the urban growth rate.” The authors conclude, “Median incomes remain below those of urban areas, and rural poverty rates are higher, especially in the Mississippi Delta, Appalachia and the Rio Grande Valley.”

A rural-urban poverty gap has existed since the 1960s when poverty rates were first officially recorded but narrowed from 17 percentage points in 1960 to 3.6 points in 2016.

Cromartie observes some growth in jobs in the energy sector over the last decade, “really concentrated in specific regions of the country where shale oil and gas” production increased. But that has been “a bit of a boom and a bust trend, and job growth has fallen off in line with production cutbacks,” he adds. Elsewhere, job growth is “mostly in services (and) a lot of that is simply tied to where population growth is happening.” He cites demand for teachers and public services and local retail consumer demand.

Nevertheless, adds, “This first-ever period of overall non-metro population loss may be short-lived. The cyclical economic downturn that began in 2007 bottomed out in 2012, and increasing population growth since 2012 coincides with renewed non-metro employment growth. The latest population estimates show signs of a population recovery in many parts of rural America in 2015-16,” notably in tourism and recreation areas.

Cromartie points to urbanization as a significant factor affecting rural population growth as counties are reclassified from non-metro to metro. “The United States transformed from roughly 35 percent metro in 1900 to 86 percent today,” the paper notes, and “leaves behind a smaller rural America made up of slower-growing counties with more limited economic potential. Some 2,489 counties were termed rural in 1974, only 1,976 today.

Rural communities could benefit from large-scale projects to upgrade transportation, utilities, and internet connectivity, the report says. “Increased access to high-speed internet, in particular, could improve delivery of education, healthcare, public safety, and other services,” it adds. But providing high-speed broadband – as well as other infrastructure improvements – is more challenging in rural areas that are losing population because the per-capita cost is greater, the paper suggests.

Whether infrastructure could be improved in those “left behind” counties depends on whether benefits of investments outweigh the costs. While 61 percent of rural households have gained internet access, growth slowed considerably in both urban and rural areas after 2010, says. Reclassification of faster growing rural counties to metro status “also increased the rural-urban gap because reclassified counties show higher rates of broadband use than counties that remain non-metro,” it adds.

Rural counties with more than 60 percent broadband penetration are concentrated in the Northeast, Upper Midwest and Intermountain West, but extensive parts of rural Appalachia also saw improvement in broadband access, the report says. Its availability is more limited in isolated, sparsely settled counties in the Great Plains, Nevada, New Mexico, Alaska and elsewhere and in high-poverty, high-minority regions, such as tribal lands in the West and from southern Virginia to east Texas in the South.