“Food security is national security,” Sen. Chuck Grassley, R-Iowa, said last year about his bill to give USDA a voice in deciding whether foreign entities are allowed to acquire U.S. food or agricultural companies that are considered “critical national security infrastructure.” He and Sen. Debbie Stabenow, D-Mich., who cosponsored the bill, went so far as to title it the "Food Security is National Security Act of 2017.”

While some might consider such language political hyperbole, a cadre of scholars has set out to demonstrate a clear linkage between food security and national security, not only in the United States but also – and especially – in developing and war-torn countries.

Inadequate food security can be either the “driver of conflict” or the “result of conflict,” or both, Ellen Laipson, director of the International Security Program at Virginia’s George Mason University, told the fourth annual global food security summit at the university’s Schar School of Policy and Government last week in Arlington, Va. 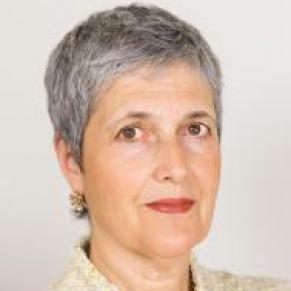 Among recent examples of conflict-caused hunger is Saudi Arabia’s blockade of the main port of entry for food and medicine in Yemen, a country that is “already fragile” but now is seeing signs of famine, starvation and disease.” An example of hunger caused by governance failure is Venezuela, a “not always poor country” that is now short of food.

However, amid signs that Washington is relying more on military intervention than diplomacy, she warned, “Don’t assume that the armed forces are going to take this holistic approach." The food security community, she added, “can help a lot in trying to sensitize national security community members” to the importance of food stability.

Laipson noted that the Global Food Security Act, which directs the president to develop a food security strategy, enjoys strong bipartisan support in Congress, but “the new administration has not demonstrated how committed it is to these issues.”

Despite uncertainty about support, the “Feed the Future” initiative launched during the Obama administration “is in good hands,” said Paul Weisenfeld of International, a former assistant to the administrator in the Bureau for Food Security in the U.S. Agency for International Development (USAID). The initiative was launched “in an era of strong bipartisan support” and includes a commitment to agricultural research, he said.

Emmy Simmons, former USAID assistant administrator for economic growth, agriculture and trade, now a co-chair of AGree, a foundation-supported effort to build consensus around food policy, said that USAID “has come a long way” since the time 20 years ago when funding for agricultural development assistance fell to an all-time low. During those two decades, she said, “shocks to the global food system seemed to be happening at an increasing pace.” As a result, USAID has “really taken to heart” the need for countries to build and strengthen their resilience to food-related shocks.

Food security experts on the program addressed but did not settle the current debate over whether cash and locally-produced food should replace U.S. donations of commodities in food-assistance programs to relieve famine and promote agricultural development.

“If we went to local purchases and cash assistance there would be more money to go around,” said Phil Thomas, director of the Global Food Security Project at GMU’s Schar School and a former assistant director for global food security and food aid issues at the U.S. Government Accountability Office (GAO).

Buying food locally sometimes can be cheaper and provide greater flexibility, said Stephanie Mercier, former chief economist at the Senate Agriculture committee, now a consultant to the Farm Journal Foundation. Studies of pilot programs have shown clearly that locally-purchased food could be delivered more quickly and at less cost than shipping U.S. commodities, she said.

However, despite the cost advantages, the panelists expect that political considerations likely will keep Congress from replacing commodity donations with cash assistance. They noted that existing programs using U.S. wheat, rice and other commodities – and fortified foods formulated from those – enjoy support from farm organizations, food companies, church-related groups and the U.S. shipping interests that transport the products.

Barry Riley, a visiting fellow at the Center for Food Security and the Environment at Stanford University and the author of a new book, “The Political History of American Food Aid: An Uneasy Benevolence,” called the 1972 Soviet grain shortfall “the triggering event” for the subsequent era of food instability.