The crop insurance community is closely watching the outcome of an age discrimination lawsuit filed by one of the most widely-recognized lobbyists for their industry against an association that he used to manage. The case raises questions that – if allowed to stand in court - could have a broader impact on the way all trade associations hire and fire the firms that work for them.

During his lengthy career, Michael McLeod, 76, has served as a lawyer, the general counsel and staff director for the Senate Committee on Agriculture, an author and a lobbyist. Most recently, he was paid through his firm, McLeod, Watkinson & Miller, to be the CEO of the American Association of Crop Insurers (AACI), until he was terminated in March of 2017. The yearly retainer was about $851,000 per year, according to legal documents filed as part of the case. The compensation also covered pay for other employees, including lobbyist David Graves and a receptionist, bookkeeper and other staff.

Soon after the termination of the AACI contract, McLeod sold his interests in the private firm, which was reorganized as Watkinson Miller.

Angry about his dismissal, McLeod is now suing AACI over his termination earlier this year, alleging age discrimination and that, regardless of the retainers paid to his now former law firm, AACI was actually his employer. According to McLeod’s legal action, “AACI used this arrangement to avoid paying payroll taxes and insurance on employees” and that there was never any complaint about his performance or his service to the association, which he founded in the early 1980s.

AACI sources declined to comment on the pending litigation, but it was no secret in crop insurance circles that some industry leaders were growing increasingly frustrated with what they felt was McLeod’s braggadocious style and sometimes unwillingness to listen to others at industry events.

“We tried to tell him that we wanted to move on to new leadership, but with his over-the-top ego, he just wouldn’t listen,” noted one crop insurance executive who asked not to be identified. 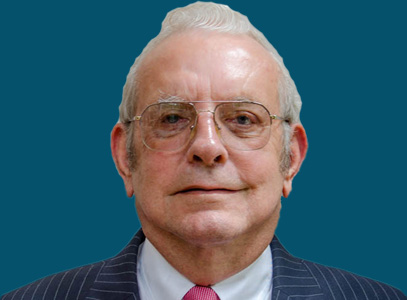 McLeod acknowledges in his complaint that AACI board members asked him for a succession plan in July 2016, but that no rationale was initially given. He said his original thought was to protect his key employee on the account, David Graves, 73, who McLeod said was paid $320,000 per year. However, he claims that AACI “felt that his age limited his physical and mental health” and that, ultimately, David Graves “undermined” him.

After McLeod was terminated, AACI hired David Graves to help as they transitioned to a new firm, Williams & Jensen. Scott Graves (no relation to David), who formerly served as Chairman Mike Conaway’s majority staff director on the House Agriculture Committee, became their key association contact at Williams & Jenson.

McLeod seeks up to five years of pay, punitive damages of $2.5 million and damages for “emotional distress and humiliation” arising from the termination, as determined by a jury.

“He’s been a good guy and a tremendous advocate for agriculture. Maybe he should have gone earlier, I don’t know. Members can get by with it, but lobbyists have a harder time."

Regardless of the outcome of the case, it probably won’t be the last time McLeod speaks out about the crop insurance industry and its key players. He tells Agri-Pulse that he’s currently writing a history of the federal crop insurance program, complete with pieces of information that he hopes to make public even sooner if his case goes to a jury trial.