Will Trump deliver on his $1 trillion infrastructure promise?

Any infrastructure bill, however, will have to wait in line behind budget and immigration battles. But the administration’s hope is that it will be signed into law before the November mid-term elections – and that, unlike the party-line tax bill, it will secure not only the nine Senate Democrats needed for passage, but win broad bipartisan support in both the House and Senate.

Bipartisanship is possible. As Senate Environment and Public Works Chair John Barrasso, R-Wyo., explained in his committee’s “Freight Movement” hearing in December, there’s broad agreement that “If we can pass major infrastructure legislation, we will grow our economy and help ensure the health and safety of every American.”

Reflecting this agreement, Donald Trump made a campaign promise to launch a $1 trillion infrastructure plan within his first 100 days in office. To show his promise was serious, President-elect Trump provided an Emergency & National Security Projects report listing 50 priority projects costing $137.5 billion, with the private sector expected to pick up 50 percent of the tab.

His No. 1 project was the $12 billion Gateway railway tunnel under the Hudson River. This major project is designed to upgrade the vital but deteriorated and inadequate rail infrastructure linking Newark, N.J., and New York City.  But the report also included several rural priorities such as upgrading the Mississippi River system’s ageing locks and dams that are vital for moving Midwestern crops downstream to market and moving farm inputs upriver.

But the original pledge of $1 trillion for infrastructure has morphed into just $200 billion in federal funds, with the remaining $800 billion to come from the private sector and state and local governments. And it remains unclear how much of the $200 billion in the federal share would come from new funding and how much from cuts to current federal programs.

Additional concerns, shared at times by Trump himself, are that expanding the use of public-private partnerships (P3s) to attract private investment might risk defaults, favor investor returns over public benefits and give priority to urban projects. That's one reason the administration plans to "carve out" between 20 and 25 percent of the proposed funding specifically for rural areas. 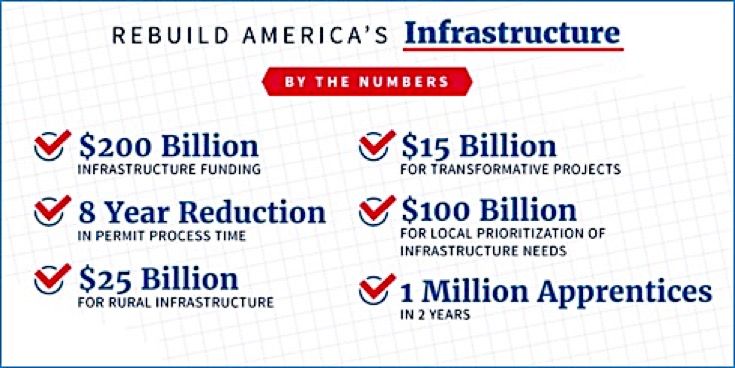 The promised $1 trillion depends on several assumptions, such as that states, local governments, and the private sector will be able to provide $800 billion and that $25 billion in block grants will be enough to satisfy rural infrastructure needs.

But there's clearly a need to invest in rural areas. The Task Force on Agriculture and Rural Prosperity report that Trump released at the American Farm Bureau convention in Nashville Monday confirmed the importance of rural infrastructure. It pointed out that “Increasing ‘Made in America’ output in agriculture, manufacturing, forestry, and mining requires investment in capacity and modernization of rural infrastructure to connect rural production facilities and businesses to nationwide and global commerce.”

Illinois Soybean Association (ISA) Director Paul Rasmussen agrees. In an Agri-Pulse interview, the Illinois corn and soybean farmer said that in his work on transportation issues at ISA and at the Soy Transportation Coalition on a national level, a major objective is upgrading the locks, dams, waterways and ports that are vital not only to supplying urban America but to supplying the world. 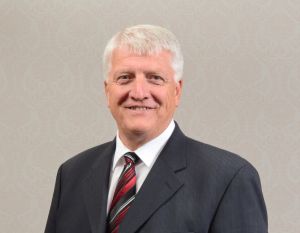 Rasmussen said that rural infrastructure needs are urgent and expensive, “from roads and bridges or the decaying locks and dams on the waterways and deepening our ports to bring us up to modern standards.” He points out that Trump was elected by “heart-of-the-country folks” and that “If he continues to remember that, I think he’ll make sure that hopefully we get our fair share” despite the big cities’ political clout in Washington.