Brazil’s soybean exports to China this year show no sign of slowing. There is no USDA forecast for Brazil's shipments to the world's most populous nation, but department officials tell Agri-Pulse they expect the Asian giant to buy about 45.4 million metric tons from Brazil in the 2017-18 marketing year. That’s roughly 70 percent of the 64.8 million tons of soybeans that Brazil is forecast to produce.

It’s also well over double the 17 million tons that Brazil shipped to China just seven years ago for the 2010-11 marketing year.

For years, American farmers have expressed concerns about the true potential of Brazil’s soybean production and exports, tempered with knowledge that transportation and distribution systems in the U.S. were far superior.

The way farmers in, say, Indiana, move their soybeans from the field to port and an ocean-going ship is still superior to the roadways, barges and railroads in Brazil, but maybe not for much longer.

Brazil, now the world's largest soybean exporter, may be riven by political corruption, scandals and economic woes, but its soybeans are affordable, and private companies like Cargill, Bunge and ADM are making massive infrastructure investments to facilitate exports.

Twenty years ago, there weren’t convenient outlets to the coast for crops grown in central and northern Brazil. If you wanted to grow soybeans in the fertile center or center-west states of Mato Grosso, Mato Grosso do Sul or Goias, you likely had to pack the crop onto tarp-covered trucks which then had to travel hundreds of miles along crumbling and dangerous highways to southern ports like Paranagua or Santos.

The location of these major ports is a big reason why Brazil’s soybean farmers used to be concentrated in the south. But as investment has grown in river barges, railroads, highways and northern ports, so have soybean farms in Brazil’s landlocked center.

Limited infrastructure once kept Brazilian production in check, but as infrastructure improved over the years, opening up pathways in the north of the country, soybean acres expanded and interest from countries like China grew.

“It’s a case of a lot of supply, better infrastructure to get (soybeans) to the ports and to move a lot rapidly,” said John Baize, a consultant for the U.S. Soybean Export Council. “If you’ve got a lot of soybeans when world demand is growing at about 15 million tons per year, somebody is going to come get them and Brazil’s advantage down there is cheap land.”

Farmers in states like Mato Grosso, Goias and even the remote Tocantins produce tens of millions of tons of soybeans a year, and much of their crops are now shipped in new river barges and by improved railroads and highways to the rapidly expanding ports in São Luís, Barcarem and Santarém in 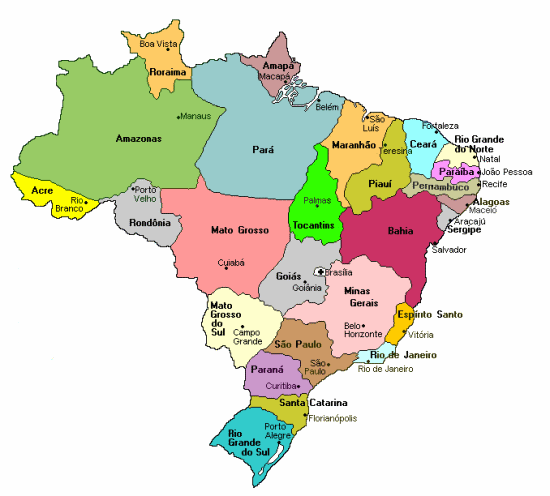 “Private sector grain traders, such as ADM, Bunge, Cargill, Group Amaggi, and others have witnessed this surge in production and responded in the last couple of years by building their own ports along the Amazon and Tapajós rivers,” says a recent report from USDA’s Foreign Agricultural Service that describes the surge in investment. “These private ports along the rivers, such as those in the town of Miritituba, allow companies to transport grains and soybeans in barges to ocean ports in Barcarem and Santarém.”

A couple decades ago, the São Luís port in the state of Maranho, at the northern tip of Brazil, could not accommodate one Panamax-size ship. Now it has a dedicated grain terminal that’s used by companies including Glencore and Cargill to ship soybeans around the world.

“The port in São Luís is not tiny anymore,” said Nicolas Rubio, a USDA Foreign Agricultural Service specialist stationed in Brazil. “By 2020, a second terminal dedicated for grains will be finished, doubling the port’s capacity.”

The traditional ag commodity ports in southern Brazil still ship most of the soybeans overseas, but the newer northern ports are exporting more every year.

About 33 percent of Brazil’s soybean exports and 25 percent of Chinese imports went through the northern ports of São Luís, Barcarena, Salvador, Santarém and Manaus.

Growth in the northern ports is expected to continue as more investments are made in railroads and highways, like the troubled BR-163 that connects Mato Grosso to the northern ports of Miritituba and Santarém. About 60 miles is still not paved, and that stretch can be treacherous during the rains.

“When BR-163 is fully paved, transportation efficiency will increase dramatically, especially during the rainy season,” according to the FAS report. “However, finishing the pavement is only the first step for BR-163 as it is primarily a two-way road and maintenance is a constant problem.“ 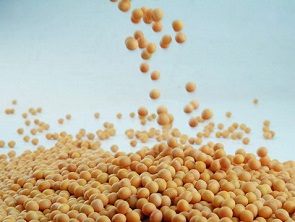 Brazil’s infrastructure expansion and the country’s burgeoning exports don't just represent new opportunities for Brazilian farmers – the effect is already being felt by producers and exporters in the U.S.

The USDA, in its latest World Agricultural Supply and Demand Estimates (WASDE) report, lowered its forecast for U.S. soybean exports in 2017-18 and said Brazilian exports were partially to blame.

As a result, USDA raised its forecast for U.S. carryout to 470 million bushels, up 25 million from the previous projection.

U.S. farmers continue to plant more acres with soybeans and yields are constantly improving, but Brazilian farmers have access to new, cheaper land.

“At some point we run out of the capability to expand because we don’t have any new land to be brought in and we’re still going to be growing corn, cotton, wheat and rice,” Baize said. “At some point Brazil does get to be the largest soybean producer in the world. It’s already the largest exporter.”