Negotiations to rewrite the North American Free Trade Agreement entered a sixth round this week amid widespread concerns that without substantial progress, the 24-year-old pact among the U.S., Mexico and Canada could come to an end.

No further rounds are scheduled after the negotiations in Montreal, which are expected to wrap up on Monday, according to U.S. government and industry officials, who asked not to be named.

In the best-case scenario, negotiators would bridge significant differences this week, allowing leaders of the three countries to put the finishing touches on a new NAFTA in March, the aspirational deadline for the talks to end. Otherwise the fear is that President Donald Trump could pull the U.S. out of the treaty, one U.S. ag industry representative close to the negotiations said.

U.S., Canadian and Mexican negotiators sat down Sunday in Montreal to kick off the sixth round of talks. So far, there haven’t been any breakthroughs or signs that the Canadians are willing to make concessions on U.S. demands that the country tear down tariffs and other protections for its dairy and poultry sectors, a U.S. government official tells Agri-Pulse.

The biggest difference separating the U.S. and Canada is over dairy. The U.S. issued proposals early in the talks, demanding that Canada lower its tariffs as well as scrap a pricing policy that both blocks U.S. shipments of ultrafiltered milk and spurs Canadian exports of skim milk powder.

Canada has not yet budged on the issue, U.S. government and industry officials say.

“Canada has been really resisting,” said one U.S. government official. “They say they think our proposals are ridiculous … and so we’ve really been trying to put pressure on Canada.”

That pressure popped into the public view when USDA Secretary Sonny Perdue spoke recently at the American Farm Bureau Federation’s annual convention. Canada, he said, had to “engage and get in the game” during the Montreal round of talks. 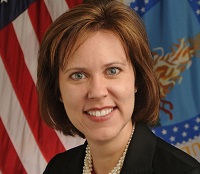 “We, the United States, have put a number of proposals on the table to modernize NAFTA and …  to address key sectors left out of that original agreement – specifically dairy and poultry tariffs in Canada,” Perdue said. “Now we want to ask our partners to the north … to step up, engage in meaningful conversation so we can get the deal done.“

Any change in positions, however, likely won't happen until the end of the talks when some of the top negotiators return from Davos, Switzerland, where they are attending the World Economic Forum. Canadian Minister of Foreign Affairs Chrystia Freeland, Mexican Minister of Economy Ildefonso Guajardo Villarreal and U.S. Trade Representative Robert Lighthizer are all expected to be in Davos this week where talks among the officials on the sidelines are likely.

“The staff is meeting and working now (in Montreal) and then at the end of the week the ministers will sweep in and draw their conclusions,” said a U.S. trade official.

Michael Dykes, president and CEO of the International Dairy Foods Association, told Agri-Pulse that U.S. negotiators are expecting Canada to engage with them in Montreal, but the outcome is uncertain. The stakes are high enough that Dykes is flying directly from the Dairy Forum 2018 event in California to Canada on Thursday.

Republican Rep. Adrian Smith, who is among the delegation, said, NAFTA is "vital" to agriculture in his home state of Nebraska, adding, "I have been focused throughout the negotiations on making the case to do no harm to the ag economy.”

The big concern among the agricultural sector is the possible loss of the zero-tariff status for most farm goods, should the U.S. withdraw from the treaty. President Donald Trump threatened again to do exactly that about a week ago in a Wall Street Journal interview, saying “if we don’t make a fair deal for this country, a Trump deal, then … I will terminate.”

However, Trump also stressed that he could be “flexible,” allowing more time for the talks because of an upcoming Mexican presidential election on July 1.

“If that’s the case, July is when Mexico will have new leadership and they may need to take a break,” Vetter said Monday during a panel discussion at the Dairy Forum 2018. “But that’s also the start of the U.S. mid-term cycle, so it might be that members of the president’s own party don’t want to see a NAFTA withdrawal happen in the middle of a U.S. campaign. If there is a delay until July, that could easily turn into a delay until 2019.”