A crisis is looming for the World Trade Organization’s dispute resolution system as the Trump administration presses the international body to reform its ways, and the U.S. ag sector could be a casualty in the coming showdown.

The White House has a list of major changes it wants in how the WTO's appellate body operates and appears to be using its authority to block new appellate judges as leverage to get those changes, say Washington trade specialists and former U.S. negotiators. So far, WTO leaders and representatives of other member countries have not been willing to make concessions, putting the organization’s ability to resolve disputes in jeopardy.

“Right now there’s a major impasse in Geneva over the Trump administration’s refusal to agree to new appointments to the appellate body,” said Warren Maruyama, a former USTR general counsel. 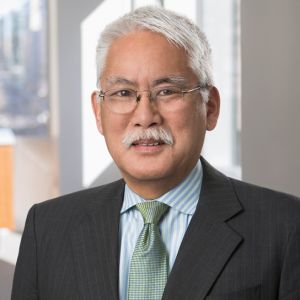 On the surface, the official U.S. demands of the WTO are relatively straightforward, according to a new analysis by Terence Stewart, a managing partner of Stewart and Stewart. They include demands that the organization’s dispute settlers stop reaching beyond set WTO rules – essentially creating new ones – to resolve cases. The U.S. is also demanding that the appellate body deliver decisions within the set 90-day time frame, that the dispute panels stop using previous decisions as loose precedents for future cases, and that the WTO stop extending the terms of current appellate judges to finish ongoing cases.

Previous U.S. administrations have raised similar concerns as the U.S. lost more and more disputes over the years since the WTO was initiated in 1995, but never as aggressively as the Trump administration.

“Many of these concerns the (Trump) administration is raising go back at least a decade,” Maruyama said at a recent event hosted by the Washington International Trade Association. “Both the Bush and Obama administrations have raised concerns about the appellate body overreaching. The Trump administration has brought a new level of intensity to these concerns and, as a result … it’s unclear if this is a temporary diplomatic fuss or an existential crisis at the WTO.”

It may not be a crisis yet, but it’s heading quickly towards one, said Bruce Hirsh, founder of Tailwind Global Strategies LLC and a former assistant USTR.

There are only seven WTO appellate body members at one time – each with a four-year term. Thanks to the U.S. blocking appointments to the body, it’s down to just four members to hear cases, and that number is scheduled to drop to three this fall, leaving the bare minimum needed to consider an appeal.

The U.S. initiated two WTO disputes in late 2016 that are very important to the U.S. ag sector, and both are against China. The first case is challenging China’s failure to import enough wheat, corn and rice to meet its tariff rate quotas. The second complaint charges China with maintaining domestic price supports that are far above market rates. Those supports, the U.S. claims, distort world markets and cause billions of dollars in losses every year for U.S. farmers and exporters.

Those cases are widely considered certain wins for the U.S., but both would likely go to the WTO appeals body – unless there are not enough members to take it up.

“Hopefully that means that the (Trump) administration is planning on beginning its process of negotiation now … before these disputes get to the appellate body level, because … otherwise you are shooting yourself in the foot,” Hirsh told Agri-Pulse.