Economists think it’ll be a while before we see an influx of lab-grown protein sources make their way into the food supply, but some beef producers aren’t willing to wait for mainstream acceptance before looking at how products could impact their own piece of the protein pie.

At the close of last week’s Cattle Industry Convention in Phoenix, members of the National Cattlemen’s Beef Association voted to add policy voicing their opposition to alternative protein sources taking on the name of established beef products. Specifically, NCBA’s recently-passed policy combats “alternative proteins being permitted to use nomenclature associated with protein sourced from livestock production,” and declares “beef” to only include “products derived from actual livestock raised by cattle farmers and ranchers and harvested for human consumption.”

The discussion within the organization will likely continue and be addressed at another meeting this summer, but the new policy codifies what many in the organization were telling reporters throughout the week; the group isn’t interested in waiting around until the product becomes prevalent to address it.

Kevin Kester, who on Saturday became NCBA’s president, tells Agri-Pulse the struggles witnessed as the dairy industry looks to address plant-based alternatives using terms like “milk” and “yogurt” serve as a cautionary tale for beef producers. “(Dairy stakeholders) didn't pay attention and didn't take it as a serious threat, and now they're paying the consequences and will continue to,” Kester said. “We want to make sure we don't get in that position, and we use the dairy industry as an example of what could happen.”

In an effort to combat the labeling confusion, the dairy industry has thrown its weight behind legislation that would require the Food and Drug Administration to enforce language defining milk, yogurt, and other dairy products as a product of a cow. But the beef industry’s fight goes beyond terms like hamburger and ribeye; there could be a looming battle over the description of an alternative product making its way into accepted consumer terminology.

Calling a vegetable-based patty a veggie burger is one thing, but the use of the term “clean meat” is sure to cause a ruckus among traditional protein producers.

“Using terms like ‘clean’ implies that traditional beef is dirty in a way, and that's not OK,” Danielle Beck, NCBA director of government affairs, tells Agri-Pulse. “We don't want any product label to be disparaging of our own.”

Use of the term “clean” when describing lab-grown protein is already a practice used by proponents of the technology, giving NCBA a little work to do if they are to stop that word in its tracks.

Paul Shapiro, formerly a major player at the Humane Society of the United States, has written a book with “Clean Meat” slapped on the cover. Memphis Meats, a leader in the lab-grown alternative space, also commonly uses the term.

Last week, in a press release announcing an investment from the venture capital wing of Tyson Foods, Memphis Meats described itself as “a leader in the growing ‘clean meat’ or the ‘cultured meat’ field, which focuses on producing real meat directly from animal cells, without the need to raise or process animals.”

For livestock producers, that description could be troubling. Tyson and Cargill are both major meatpackers as well as investors in Memphis Meats, but Beck is hopeful there won’t be a need to have those companies caught in the middle of a dirty word war. She says NCBA isn’t “looking to disparage these products, we’re looking to prevent them from disparaging our own.”

Kester says “ultimately, the consumer will tell us what they want.”

“What we are going to protect is the branding that we've worked on for decades … and what we call our meat products,” Kester said. “ We don't want any lab-made or stuff that isn't really meat that claims to be meat to have any marketing claims that are just false.”

Aside from discussions over terminology, one of the biggest decisions to be made is the federal entity that will be tasked with regulatory jurisdiction of the budding industry.

“FDA has primary jurisdiction over processed foods, whereas FSIS (the Food Safety and Inspection Service) at USDA, they oversee the inspection and slaughter of live animals,” Beck said. “This meat where it's grown in a lab, who's going to claim jurisdiction over that?"

Livestock groups might have some time to address their worries, according to two economists who spoke to Agri-Pulse. Don Close, vice president of food and agribusiness research with Rabo AgriFinance, doesn’t see plant- or lab-based protein sources as an immediate threat to their conventional counterparts.

“I think it will cause a lot of concern to the traditional industry but I don't see that developing at a pace that's really any real threat to the existing livestock industry,” Close said.

Even if the production kinks were worked out and the lab-based products were to hit the market, Trevor Amen, an economist with CoBank, doesn’t see consumer acceptance being at a level that would lead to disruption of existing protein demand. 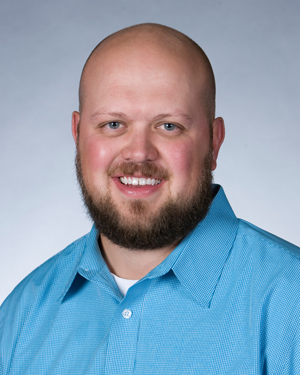 “Consumers are not willing to pay a premium for this product.” Amen said, pointing out that typical consumers “don’t see it as a superior product.”

Amen said looking at the numbers, alternative protein – which encompasses plant- and insect-based alternatives – is expected to grow, but remain at just a sliver of the protein sales at the retail level. He pegged alternative protein at about $700 million in annual sales, a growing number to be certain, but still struggling to make much of a dent in the $49 billion protein sector.

To be fair, lab-grown alternatives have yet to hit the marketplace, but if that happens, Amen says it could be at the expense of sales within the alternative protein category.

“Early indications through consumer research will tell you that the most likely target is folks that are already purchasing products inside of that alternative protein category,” he said. “They're more likely to try and consume lab-grown cultured meat versus someone that loves traditional beef.”

Consumers of traditional meat, Amen said, are going to be “less willing to make the switch. So the real competition will be inside of that alternative protein category not against the traditional market.”