US ag prepares for trade troubles with China

China is the largest foreign buyer of U.S. agricultural commodities, and the Trump administration’s increasingly antagonistic trade tactics have farmers and ranchers here bracing for retaliation.

U.S. farm groups are rushing to send representatives to Beijing to try to assess the atmosphere there as well as shore up relationships with customers that buy much of the oilseeds, grain, dairy and pork produced in Kansas, Iowa, Wisconsin and on farms and ranches across the U.S.

U.S. Soybean Export Council CEO Jim Sutter was in China in December and will head back there next week.

“We’ll be talking to people and trying to understand what the current situation is – hearing the concerns that people have and trying to address those concerns,” Sutter told Agri-Pulse. “We’re paying very close attention to the situation.”

The latest shot across the Pacific was announced in January when the U.S. Trade Representative announced stiff new duties on Chinese washing machines and solar cells. In August, the Commerce Department ruled that tariffs ranging from 16.5 to 81 percent be put on Chinese aluminum foil. The U.S. has also taken aim at countries like China that export steel.

“U.S. agriculture is highly dependent on exports, which means it is particularly vulnerable to retaliation,” some of the largest agricultural groups wrote in a letter to Commerce Secretary Wilbur Ross last summer. “Many countries that export steel to the United States are also large importers of U.S. agriculture products. The potential for retaliation from these trading partners is very real.” 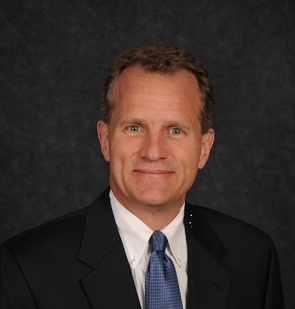 While washing machines, solar cells, steel and aluminum have nothing to do with agriculture, U.S. farmers and ranchers often suffer when trade disputes break out.

In September 2009, the Obama administration announced it was slapping tariffs as high as 35 percent on Chinese tires. Soon afterwards China began an anti-dumping investigation into U.S. poultry.

“We’re always worried we’ll be a retaliation target even though we have nothing to do with the issue,” American Farm Bureau Federation Senior Director David Salmonsen told Agri-Pulse in an interview. “We always seem to get brought into it. That’s why people are trying to get out ahead of this as much as they can.”

The fact that China announced this week that it will begin a similar investigation into U.S. sorghum exports isn’t necessarily a direct response to the new U.S. tariffs on Chinese washing machines, but a lot of ag groups are nervous there could be more to come.

“There is some concern that the Chinese government … may want to take some steps,” said Sutter. “We hear the word retaliation. I certainly hope it doesn’t come to that.”

But U.S. ag industry representatives are right to be worried, said one U.S. government trade official who asked not to be named because of the sensitivity surrounding the topic of Chinese retaliation against U.S. farm commodity exports.

One of those ag industry representatives, fresh back from China, told Agri-Pulse that the situation is getting tense and warned that U.S. tariffs on the washing machines and solar cells may have been the last straw for the Chinese.

“There is significant concern that that’s just the tipping point,” the industry source said. “There’s more to come and I don’t think anyone knows what China’s reaction will be.”

One reaction may have been the investigation into U.S. sorghum. U.S. exports of the grain have slipped in recent years, but China still buys more than 40 percent of the U.S. crop, and anti-dumping or countervailing duties would be a significant blow.

U.S. soybean exports also present a huge target for potential retaliation – China imported about $12.3 billion worth of the oilseed last year – and there is some speculation that a recent Chinese restriction on foreign material in U.S. shipments could eventually be used as an excuse to reduce trade.

“We’ll never know for sure and they may somehow ultimately get linked together, but I think they come from separate places,” he said.

Soybeans and sorghum aren’t the only commodities worried. The U.S. exports hundreds of millions of dollars of pork to China every year and U.S. beef is just getting a tenuous foot in the country.

“China reopened its market to U.S. beef last summer and now high-quality U.S. steak is routinely selling for twice as much there as it does at home,” Jason Hafemeister, trade counsel to USDA Secretary Sonny Perdue, said in recent blog post. “Similar opportunities exist for other consumer-oriented products as well.”

But those opportunities may be on hold as the U.S.-China trade relationship gets rockier. The next irritation could come from the results of a U.S. investigation into intellectual property theft by China. U.S. Trade Representative Robert Lighthizer announced the start of the investigation last summer.

“It’s an open opportunity for China to take advantage of these (U.S.) administrative actions,” said another ag industry source, who asked not to be named. “I think everyone’s going to be on high alert for some time.”