US farmers are ready for trade boost with China

President Donald Trump is promising U.S. farmers and ranchers they’ll soon be able to export a lot more of their harvest to China, and the ag sector here is ready and willing.

But the U.S. and China are still not ready to come to an agreement that would avert a trade war that’s been brewing for months. Two rounds of talks this month – the first in Beijing and the second in Washington – have brought the countries close. Protecting U.S. intellectual property and decreasing the U.S. trade deficit are core to the Trump administration’s demands.

“There was a consensus on taking effective measures to substantially reduce the United States trade deficit in goods with China,” the countries said in a joint statement released Saturday. “To meet the growing consumption needs of the Chinese people and the need for high-quality economic development, China will significantly increase purchases of United States goods and services. This will help support growth and employment in the United States. Both sides agreed on meaningful increases in United States agriculture and energy exports.”

Boosting China’s imports of U.S. agricultural commodities are part of the solution, both countries agreed on Friday, and U.S. farm groups say they can make that happen with just a few policy changes.

"China does have the potential to import more U.S. wheat,” Ben Conner, a vice president for U.S. Wheat Associates, told Agri-Pulse. “We know the private flour millers want to import different classes of wheat because there is growing demand for better quality wheat foods.”

One hurdle to making that happen is China’s refusal for years to fulfill the a 9.64-million-metric-ton annual tariff rate quota for wheat that the country agreed to when it joined the World Trade Organization. Another roadblock is China’s domestic price support system, which is responsible for the country’s massive stockpiles.

“The potential demand is there, but China needs to comply with its WTO commitments if we're going to see larger and more consistent U.S. wheat exports to China,” Conner said.

China could also buy a lot more beef, said Kent Bacus, international trade director for the National Cattlemen’s Beef Association. After an historic agreement to lift its ban on U.S. beef last year, China has been importing, but not nearly as much as the industry would like.

“There is a lot of demand for U.S. beef,” Bacus told Agri-Pulse. “We have very lofty goals and great expectations for China.”

One of the major obstacles to those trade goals is China’s use of non-tariff trade barriers. The country lifted its ban last year, but insisted that the beef it imports be free of the beta agonists and hormones that U.S. ranchers commonly use.

The restrictions are major impediments to trade, but also relatively easy to rectify, said Bacus.

“We’re supportive of this ongoing discussion,” Bacus said about the U.S.-China talks that are expected to resume next week in Beijing. “We don’t know what’s going to be included on this access. The administration has done a great job of opening (the beef) market – getting their foot in the door. It would be a huge victory for the beef industry if we did have greater access to the Chinese market.”

“Right now they buy more dairy products from New Zealand and Australia than they do from us,” said Mulhern. “We have product we’d love to move there and we are interested in expanding dairy trade with China. “We have had preliminary discussions with (the Office of the U.S. Trade Representative) on this issue and we hope … dairy is one of the products that’s in the mix as China looks to buy more agricultural goods in the coming days.”

Perhaps the easiest move China could make to increase U.S. ag imports would be to start allowing in U.S. rice.

US farm groups up the pressure for healthier trade with China
China’s agreement on trade, ag policy changes seen as big win for US farmers
US peanut farmers pleased with edge over China for Japan market 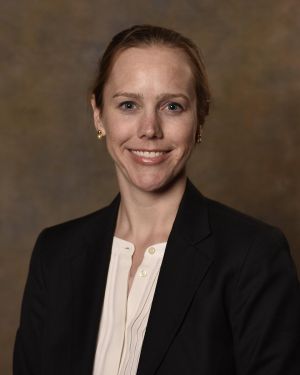 U.S. rice farmers are just waiting for Chinese officials to sign off on the sanitary and phytosanitary protocols they agreed to in July during the first Comprehensive Economic Dialogue meeting between the two countries in Washington.

Back in 2001, when China joined the WTO, it agreed to take in at least 2.7 million tons of U.S. rice each year, but there has been no trade yet because of China’s past refusal to approve the protocols.

Sarah Moran, a vice president with USA Rice Federation who traveled to Beijing on a trade mission with USDA Undersecretary Ted McKinney, said the traders she met on the trip are "optimistic for an imminent improvement in trade relations"  and are anxious to import U.S. rice. "They value our rice for its high quality, strong food safety standards, and the fact that we don't grow any GM rice."

President Trump got the ag community excited on Saturday when he tweeted: “China has agreed to buy massive amounts of ADDITIONAL Farm/Agricultural Products - would be one of the best things to happen to our farmers in many years!”  and “Under our potential deal with China, they will purchase from our Great American Farmers practically as much as our Farmers can produce.”

But McKinney cautioned about being too optimistic.

“I do not want people to get overly excited,” he said. “Until we get through next week or perhaps the following weeks … I’m going to refrain from saying anything more than I’m cautiously optimistic.”

Commerce Secretary Wilbur Ross is scheduled to travel to Beijing next week to continue negotiations with China, and farmers should put their excitement on hold until at least after those talks, McKinney said.

Meanwhile, China is still threatening to impose a 25 percent tariff on U.S. soybeans, and that’s something that U.S. farmers hope that Ross can help prevent in the upcoming talks.

Iowa Soybean Association CEO Kirk Leeds said his group is “encouraged by the positive signs” coming out of the Trump Administration and from China on potentially ending the trade war.

“At the end of the day, products will be exported to China on price, quality and availability – three areas that Iowa soybean farmers have always had some advantage. We look forward to getting back into the business of exporting soybeans to China based on those three criteria,” Leeds added. “When we do, it will truly be positive news.”