The Fish and Wildlife Service’s authority to protect unoccupied endangered species habitat is at the heart of a case recently accepted for review by the Supreme Court.

The species at the center of the dispute is the dusky gopher frog, which is found in southern Mississippi. FWS listed it as endangered in 2001, and followed up with critical habitat (CH) designation in 2012 as part of a litigation settlement.

The area designated as CH for the frog is not large - about 6,500 acres in the two states, including about 1,500 acres of private forest land in Louisiana that is not occupied by the frog.

But the court’s decision could have implications for property owners such as farmers who are concerned about potential federal involvement in their land-management decisions.

A Supreme Court ruling also could have a big impact on species recovery efforts, which focus not just on areas where the species have been seen, but on lands that could serve as future habitat.

“Recovery efforts would be hampered if FWS could not designate unoccupied habitat,” said Collette Adkins, an attorney with the Center for Biological Diversity, one of the groups that sued FWS to force it to designate CH. “Habitat loss is the primary driver of species extinctions, and we need to protect restorable historical habitats to provide habitat for population growth and range expansion.”

Weyerhaeuser, which owns the unoccupied timber land that was designated, sued FWS but lost at both the district court and appellate court levels. The district court judge said he ruled for FWS “reluctantly” and the 5th Circuit Court of Appeals in New Orleans ruled 2-1 in favor of the service. Later, a larger panel of judges from the appellate court voted 8-6 not to rehear the case, which set up Weyerhaeuser’s petition to the Supreme Court, which was granted Jan. 22. No argument date has been set.

The case has attracted a great deal of interest. Weyerhaeuser has backing from the U.S. Chamber of Commerce, legal foundations supporting private property rights, 17 states, and a coalition that includes electric utilities, electric transmission and distribution providers, renewable energy companies and related trade associations. The Center for Biological Diversity and Gulf Restoration Network are supporting FWS.

The American Farm Bureau Federation also filed an amicus brief in support of Weyerhaeuser, concerned that farmers whose land is designated as critical habitat might not be able to use it as intended – or at the least have to jump through regulatory hoops in order to do so. 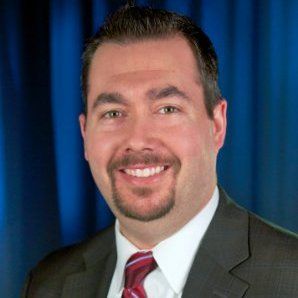 The Endangered Species Act prohibits “adverse modification” of critical habitat, but that protection only kicks in when there is a “federal nexus,” such as an application for a wetlands permit, that requires consultation with FWS.

Says FWS: “A critical habitat designation does not set up a preserve or refuge and only applies to situations where federal funding or a federal permit is involved. It does not allow government or public access to private land. Federal agencies that undertake, fund or permit activities that may affect critical habitat are required to consult with the Service to ensure such actions do not adversely modify or destroy designated critical habitat.”

The Farm Bureau, however, worries that critical habitat could hamper farmers who are doing something as simple as participating in the Environmental Quality Incentives Program (EQIP) or seeking a discharge permit for their livestock operation.

“You may have a farmer who’s just trying to get a loan guarantee,” says Ryan Yates, a director of congressional relations at AFBF. And his colleague at AFBF, Danielle Quist, senior counsel for public policy, says that if a federal nexus is present, just running a plow through the ground could be enough to draw the attention of federal officials.

“The designation of critical habitat, and its attendant regulatory and economic impacts, will become more significant in the future,” AFBF said in its brief. “There are currently more than 1,650 species listed in the United States . . . but only 742 species have critical habitat.”

Much of that critical habitat is concentrated in California, the Pacific Northwest, Southwest and Southeast (see FWS mapping page).

AFBF and others that supported the Supreme Court review of the appeals court’s decision contend that the ESA only allows for the designation of areas unoccupied by the species when they meet specific habitat requirements – a standard that was not met in the case of the frog.

In amending the ESA in 1978, Congress demonstrated “a clear intention that critical habitat designations are limited to areas that are habitable by the species and that unoccupied habitat should only be designated sparingly based upon heightened criteria,” AFBF said in its brief.

FWS, however, argued in opposing the petition that the circumstances of the frog case only apply to that species. “The court of appeals appropriately cautioned that its decision did not permit the arbitrary or indiscriminate designation of unoccupied private lands as critical habitat,” FWS said in its brief.

“The critical habitat designation for the frog will have no impact on ongoing activities on the land in Louisiana, which is being used for timber production,” she said in an email. “Such purely private actions do not trigger the (ESA’s) consultation requirements.”

Citing a 2016 paper in the Proceedings of the National Academy of Sciences, she said that “designation of critical habitat very rarely stops projects. In fact, in an analysis of data on all 88,290 consultations recorded by FWS from January 2008 through April 2015, no project was stopped or extensively altered as a result of FWS finding jeopardy (to the species) or adverse modification.”