Readers involved in agriculture and not aware of blockchain technology are overdue for an introduction.

Why? International trade using blockchain, a platform for simultaneous participation by many parties in secure online data sharing and business transactions, has already begun. In December, Rotterdam-based Louis Dreyfus Company (LDC), for example, reported using a blockchain platform it calls the Easy Trading Connect to work with Dutch and French banks and sell 60 million bushels of soybeans to a processor in Shandong, China.

But actually, this new data-handling vehicle already has a foothold in the commodity trading arena as banks, oil companies and others have been buying and selling between China and Africa and other locations using blockchain platforms for several years.

No worries. Catching up on blockchain isn’t so formidable. Email, for example, took a bit of familiarizing when it arrived on the scene a quarter century ago. But think about email’s impact since then on U.S. Postal Service mail. Advocates say blockchain could have a similar impact on international trade deals and other financial transactions in time.

An ample helping of education on blockchain is available here, for example, from an international club of blockchain developers, and advocates called Blockgeeks can also give you a full-blown online tour.

More succinctly, this new technology is also called “distributed ledger technology” and is part of the expanding Internet of Money, executing business transactions online rather than just communicating electronically.

Blockchain replaces the time-honored process of a ledger – all parts of a contract – involving two or more participants in a deal until all changes are made and all agree to the terms. It streamlines that process with the distributed ledger approach, bringing all parties to the ledger at once to complete their deals.

Think of Google Sheets, an online spreadsheet that any number of people with access can share and revise as they wish. That’s the start of blockchain. Then, assume that the sheet’s extensive data is recorded on hundreds or thousands of computers worldwide, but available only to participants, and it is locked up as an irrevocable record once the terms are agreed upon. That information becomes one “block” in the system’s chain of transactions. Verification isn’t needed, since all participants already did that, and the data is recorded and unalterable.

Blockchain has been linked from the start to the financial world and to bitcoin and other cryptocurrencies (digital currencies). In fact, it was developed a decade ago in order to trade bitcoins. However, bitcoin was only the first broad application of blockchain – kind of like General Electric Co. stock is a commodity on the New York Stock Exchange; it isn’t the NYSE. 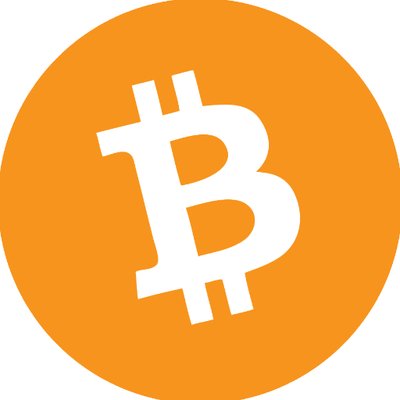 Blockchain can be programmed to record and complete deals for almost anything of value – transactions in major currencies, to start with. In May 2016, for example, Santander UK announced itself as the first United Kingdom bank to offer a pilot blockchain platform for making live, nearly instant, transfers internationally in pounds, U.S. dollars or euros. The platform is integrated with the Apple Pay system for payments.

In announcing its recent soybean sale, LDC said participants used what is called its Easy Trading Connect (ETC) platform that mimicked the paper documents for such a deal while using a digitalized sales contract, letter of credit and certificates along with automatic data-matching.

“Time spent on processing documents and data has been reduced fivefold. Other benefits include the ability to monitor the operation's progress in real time, data verification, reduced risk of fraud, and a shorter cash cycle,” LDC said.

In fact, blockchain has much more in store for agribusiness, said Harry Smit, a senior analyst for farm inputs with Netherlands-based Rabobank, in releasing his bank’s report: “Blockchain: The Trigger for Disruption in the Food Value Chain”

“Companies that want to remain successful in the future food value chain should start to explore options for participating in blockchain initiatives to help them lower costs, increase efficiencies, and explore opportunities for creating new value,” Smit advises.

Blockchain poses “opportunities for increasing the added value of raw materials, for example, by meeting specific wishes of consumers,” such as production method and quality attributes. Or, he says, if employing a transparent blockchain platform for food safety, “product recalls can be much easier when the entire chain is transparent.”

Janette Barnhard takes a similar, expansive view of the advantages of blockchain uses in agriculture. She is sales and marketing director for DecisionNext.com, a group of San Francisco-based analytics experts who work with a lot of agribusinesses. “We look at blockchain as part of the analytics that companies can use to capture and use data to make better decisions,” she says.

“A guy told me that he used bitcoin to pay for a load of hay,” she told Agri-Pulse. “I asked him why he would do that. He said it was seamless to do so … a safer way to pay for a truckload of hay.”

But, though cryptocurrency could prove convenient in some purchases, blockchain is basically “a mechanism to capture and share data,” she says. Because of the inherent aspect of verification by all participants, “you can transfer information securely.”

Blockchain, Barnhard says, “creates a level of transparency; it creates a level of accountability . . . whether for contracts between buyers and sellers, or whether it’s for traceability purposes: tracking information about a certain block of meat that was processed in a plant in a certain way. Tracking that all the way to the retailers.” Cargill, for example, announced a blockchain-based pilot last fall to let shoppers buying its Honeysuckle White brand turkeys in its Texas market region trace the turkeys from store back to farm.

Advantages of employing blockchain to improve inventory management and food-safety monitoring may be just as robust, “or using it for price discovery,” Barnhard says. “There would be a lot of opportunity to use blockchain to capture information about actual prices that take place in the market,” she says.

That’s how Joe Schuele, the U.S. Meat Export Federation’s vice president for communications, sees agriculture’s uses of blockchain emerging: “On the meat side, the blockchain concept has probably gotten more attention on the traceability and certification type of uses – as opposed to financing,” he says.

Rabobank’s Smit, meanwhile, points to two prerequisites for successful use of blockchain: processes used by participants must be digitalized and standardized, and they must be broadly adopted by stakeholders along the value chain. “Otherwise, the value of blockchain is lost,” he says. Once employed, however, the low cost of using blockchain systems will work to the advantage of small companies, he expects.

One group of advocates for blockchain in agriculture, hailing from several continents, has organized AgriLedger, with an aim to develop and promote blockchain platforms geared to use by small farmer cooperatives.

But not everyone is a fan of blockchain, especially as it pertains to an unregulated digital currency like Bitcoin. While the blossoming use of blockchain to trade in bitcoin has been buoyed by the inherent secrecy and the absence of a need for intermediaries, those advantages have also encouraged the use of cryptocurrencies to trade in weapons and illegal drugs. And that is discouraging banks from accepting some digital currencies while encouraging government regulation of blockchain platforms.

Major banks, even as they try out blockchain to execute some kinds of transactions, have refused to open accounts dealing in bitcoin and some other digital currencies, largely because it could make them complicit in illegal trade.

Government agencies worldwide, meanwhile, are trying to decide about regulating cryptocurrencies. So far, China, South Korea and other nations have moved to ban Initial Coin Offerings, a sort of crowd-funding way of launching new cryptocurrencies and accumulating value for them.

U.S. agencies lack expertise on the digital money and have no specific laws or regulations applying to them so far. Nonetheless, the U.S. Securities and Exchange Commission issued an investigative report and a bulletin last July declaring it views cryptocurrencies as securities “and therefore subject to the federal securities laws.” It advised that “issuers of distributed ledger or blockchain technology-based securities must register offers and sales of such securities.”