The flurry of consolidations in the ag industry is presenting a new topic for debate in many recently-rearranged boardrooms: What in the heck should we call this thing?

Should the two companies merge their established names and newly fused brand or start from scratch? What about just wiping one company name completely off the map? In agriculture, we may see all three in a short period of time.

In 2015, Dow Chemical Co. and DuPont announced a merger and have since done business as DowDuPont. On Monday, the company reiterated that it would be spinning off into three separate ventures – as was the plan throughout the merger process – and dubbed the agricultural enterprise Corteva Agriscience, adopting a word the company says is a combination of the words “heart” and “nature.” 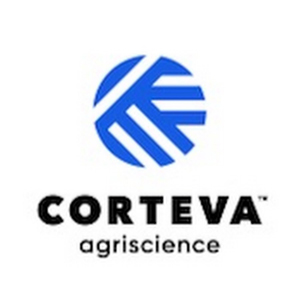 In the coming months, the Bayer and Monsanto brands will also have some decisions to make. Adrian Percy, the head of R&D for Bayer CropScience, tells Agri-Pulse that deal is “very close” to finalization and decisions on branding will be announced “closer to closing.” The new company could just drop the Monsanto name and conceivably, some of the brand's critics. But Percy pointed out the “important brand recognition” associated with some Monsanto seeds is a noted factor in their upcoming decision.

The decision comes as Bayer wraps up a two-day conference in Anaheim, Calif., discussing, among other things, agriculture’s relationship with the consumer. During that conference, Percy and others spoke about the need to improve consumer acceptance of agricultural technology. That desire for consumer buy-in, Percy said, should get support by what he sees as “a very positive development” as Bayer and Monsanto join their respective innovation engines.

“Of course, we have to explain that to the outside world as well,” Percy said, “but hopefully they will see the quality of the innovation that will come out of the merged companies.”

As Bayer inches toward finalizing its acquisition of Monsanto, consumer acceptance hasn’t been its only impediment: The world’s regulatory authorities have proven to be formidable hurdles as well.

Last fall, company leaders announced a delay of 10 working days before the deal could come to a close, pushing the expected completion date back to Jan. 22. But that date has come and gone.

Percy said the company has had an issue “around having the authorities fully understand what’s behind the merger, providing them with all of the data and the information that they require, and then giving them the time to go through it.”

He said the merger is “understandably” getting a good deal of scrutiny but the two companies are steadily making progress toward finalization, most recently with approval from Brazil. While the approval of a major South American ag country is a notable accomplishment, Percy made it clear that the companies still need approval from the U.S. Department of Justice and regulatory authorities in Europe.

The European Commission is now scheduled to announce whether or not it will approve the merger on April 5. Authorities opened an investigation in August of last year, but its decision has been postponed twice and suspended four times.

“We’re just working through last discussions with both the DOJ and the European Commission, and then everything will fall into place and we’ll close.”