Ag sector adapting on the fly to school lunch changes

As students return to classrooms — or return to distance learning — the school lunch program is operating under unprecedented uncertainty, which is  set to trickle down to commodities such as dairy and produce that rely on the lunch trays to carry a good portion of their demand.

Lots of commodities have been hurt financially by COVID-19 shutting down restaurants and schools, but dairy and fresh produce growers are hopeful demand from schools will stay high.

Some 19% of milk produced in the U.S. goes to fluid consumption. Of that number, roughly 7% is provided for school lunches. The uncertainty surrounding how many days a week schools will be open has a dairy economist questioning what fluid milk demand looks like this year.

“If half of the time kids are at home instead of at school, we are looking at on a weekly basis, about 40 million pounds of milk that will have to go elsewhere,” he said.

He said the price spread between Class III (mostly cheeses) and 4 (butter and dry products such as powders) milk is double its normal range, and future price swings may be limited as traders have already taken lower school demand into account. 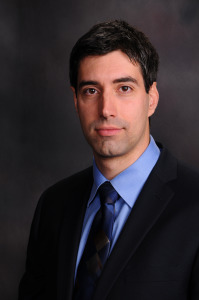 “Certainly, if we see massive school closures, I expect some additional downward pressure on the Class IV milk price,” he said. He also stated it would depend on how much retail milk sales could make up for lost consumption of school milk if schools stay closed. Class IV milk is used to make butter and dry products such as non-fat dry milk.

On the fresh produce side, schools are moving away from the salad bar and packaging vegetables individually.

Lisa McNeece is vice president of food service and industrial sales for Grimmway Farms, a Bakersfield, Calif., operation that grows 60,000 carrots a year.

School demand for carrots may have slowed during summer break, but McNeece told Agri-Pulse it never fully stopped.

“It’s been consistent because a lot of these schools are doing Meals on Wheels feeding kids; they did the summer programs making sure these kids had fresh fruits and vegetables available to them,” she said.

McNeece said most of Grimmway's business for schools is sending small, packaged carrots to distributors. In the early days of the COVID-19 pandemic, the company had issues getting the packaging products it needed from manufacturers. The packaging allows for increased food safety and less contact with the food no matter how it is distributed, she noted.

While there are a wide variety of fruits and vegetables that can be packaged, Mollie Van Lieu, senior director for nutrition policy at the United Fresh Produce Association, said lettuce will be different.

“I think salads will continue to be popular but the idea that lettuce is just from the salad bar every day, we won’t see that as much,” she told Agri-Pulse. She said schools that are distributing meals via curbside pickup or some other form of non-immediate service will focus on fresh produce that has a longer shelf life.

Van Lieu said there was about a 30% or more reduction in school meal participation in the spring, but she expects more schools to be serving meals throughout this school year. She said the biggest challenge will be ensuring participation rates stay high and schools can afford fresh fruits and vegetables in the packaging. 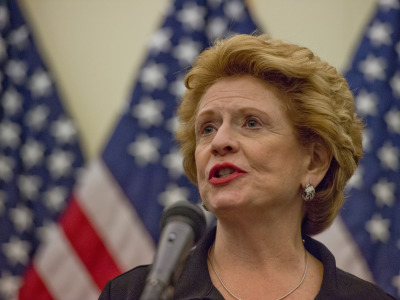 Anti-hunger advocates were initially worried what the new school schedule meant for hungry children who rely on school meals, but received welcome news Monday when USDA extended summer food service waivers to all children at no charge through the end of the calendar year, depending on funding availability.

Nutrition advocates like the School Nutrition Association, which supports school feeding programs, said the “waivers ensure schools can continue to safely meet students’ nutritional needs this fall,” but encouraged waivers to be extended through the end of the school year.

“In the midst of a pandemic, no family should have to worry about their child missing out on healthy school breakfast or lunch," SNA President Reggie Ross said. "School meal programs face unprecedented challenges and need the assurance that these critical waivers will be available through the entire school year."

Sen. Debbie Stabenow, the top Democrat on the Senate Ag Committee, and Ag Secretary Sonny Perdue got into a recent war of words over if USDA had the authority to extend the waivers. Perdue and USDA claimed the department did not have the authority to extend the previously issued summer waivers, but Stabenow argued that wasn't the case. On Monday, Stabenow said she was pleased with USDA's action but urged the department to extend the flexibilities for the rest of the school year.