In 2016, the American electorate wasn’t just fed information designed to confuse them about their voting choices. They also received a steady diet of anti-“GMO” articles supplied by Russian media.

“Distinctive patterns in Russian news provide evidence that Russia is conducting a coordinated campaign to turn public opinion against genetically modified organisms,” two Iowa State professors write in a paper – “Sowing the seeds of skepticism: Russian state news and the anti-GMO movement” –presented at a recent conference and now under review for publication.

The vehicles for the propaganda are RT and Sputnik, two Russian-funded news agencies, which supplied more than half of all the news stories mentioning "GMO" reviewed by the authors, who also looked at articles published by three U.S. cable news organizations – MSNBC, CNN and FOX News – and two online outlets, Breitbart and Huffington Post.

In fact, “RT and Sputnik produced more articles containing the word ‘GMO’ (53 percent) than the other five news organizations combined,” sociology professor Shawn Dorius and Carolyn Lawrence-Dill, a professor in the university’s departments of Agronomy and Genetics, Development and Cell Biology, said in the paper.

Even before the Russian news articles, the abbreviation “GMO” itself had already acquired a negative connotation. The paper defines it as a “vernacular umbrella term” that “lacks any specific scientific meaning.” However, it has become “conflated with pesticide resistance, modern farming practices, and other concepts.”

“In contrast to other US news sources we were tracking (where GMO coverage could be favorable, unfavorable, or neutral), GMOs were almost always presented negatively by RT and Sputnik,” the paper says.

In addition, many RT articles with “GMO” “had little to do with genetic engineering,” the paper says. “Instead, the topic of GMOs was injected in a tangential way (at best) or as clear non-sequitur (at worst).”

In other words, it was “click-bait,” the authors write, as in a January 2016 article, “Facebook censors photo of Denmark’s Little Mermaid statue for ‘sexual undertones,’ ” where the last paragraph says, “Reports of Facebook using its power to block anti-GMO content and criticisms of the Trans-Pacific Partnership suggest an inconsistent approach to censorship and free speech.”

The goal of the campaign appears to be to cast doubt on genetic engineering and promote the reputation of Russian agriculture. In 2015, Russian President Vladimir Putin signed a national security strategy that includes among its priorities food security and food independence. A December 2015 RT story  touted Putin's goal for Russia to be self-sufficient in food production by 2020 and to be the "world's largest supplier of ecologically clean and high-quality organic food."

“Russia appears intent on presenting itself as the healthier and more environmentally responsible alternative to genetically modified U.S. agriculture:  a position with clear implications for trans-Atlantic relations,” Dorius and Lawrence-Dill write. 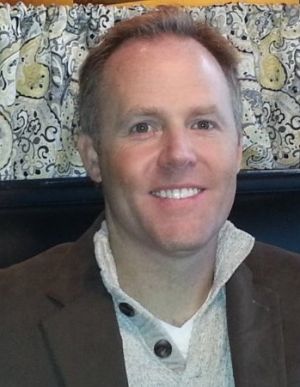 Where Russia focused on national political and social issues during the presidential campaign,  its coverage of genetic engineering was decidedly more “internationalist,” Dorius said. “Russian news coverage often framed GMOs in cross-national perspective, contrasting U.S. agriculture with European policy, regularly identifying countries that ban GMO crops, and pairing GMO coverage with some of the most emotionally charged, negative GMO tropes,” he said in an email.

Along with domestic efforts that include training and support of Russian agribusiness, Russia also has banned the production and import of genetically engineered crops, although Dorius said some foods containing GMOs are still imported into the country.

“Anti-GMO messaging is a wedge issue not only within the U.S., but also between the U.S. and its European allies, many of whom are deeply skeptical of GMOs,” the paper says. “In short, stirring the anti-GMO pot would serve a great many of Russia’s political, economic, and military objectives.”

Dorius said he and his fellow researchers were not able to prove that Russia was undertaking an intentional campaign, but that the evidence pointed toward that conclusion. He also said that future research will focus on social media dissemination of the articles – in other words, where the information went and who saw it.

Preliminary research shows that the articles circulated “quite quickly” on Twitter and other social media, Dorius said.