The nation's corn farmers expect to hear from their Secretary of Agriculture about how the industry’s top cabinet member is advocating on their behalf – especially when it comes to support of the Renewable Fuel Standard (RFS).

Their expectations for Ag Secretary Sonny Perdue were no different. After all, President Donald Trump made RFS support one of his key campaign pledges to farm country, and Perdue has sported a button saying, “Don’t mess with the RFS.”

So, there was intense speculation on what did and what didn’t happen when Perdue, EPA Administrator Scott Pruitt, and key senators met with President Trump to discuss potential changes in ethanol policy on Tuesday – just one day before Perdue is scheduled to address the corn, soybean, wheat, and sorghum producers at the annual Commodity Classic in Anaheim, CA.

Initial reports – that no deal was cut to get an appointee freed - appeared to settle down the thousands in attendance, along with news that Sen. Ted Cruz, R-Texas, formally lifted his hold on the nomination of Iowa Agriculture Secretary Bill Northey to be a USDA undersecretary. That long-awaited nomination was moved across the Senate floor about the same time Cruz and other attendees of the meeting were arriving to the White House.

But by late Tuesday afternoon, members of the National Corn Growers Association (NCGA) were furious after rumors spread that Perdue had advocated for changes in ethanol policy – perhaps even more aggressively than EPA’s Pruitt - who hails from the oil state of Oklahoma.

"Why isn't he sticking up for the grain farmers of America?" NCGA President Kevin Skunes pondered in an interview with Agri-Pulse.

What sparked the outcry? Someone who is close to a source who was inside the White House meeting told NCGA leaders that Perdue pushed for a cap on the price of Renewable Identification Numbers, the credits used to measure RFS compliance, with even more fervor than EPA Administrator Scott Pruitt. Such a move, corn growers say, would be devastating to the buildout of more ethanol infrastructure and more broadly, an already sagging farm economy.

But the Secretary’s office says that those rumors just are not true.

“Secretary Perdue was not in the group that proposed the RIN caps and idea on exports and will not support anything that undermines the RFS or harms farmers. It has not been demonstrated to him that such proposals would not be harmful, so he certainly did not propose them,” said a USDA spokesperson in an email to Agri-Pulse early this morning.

“Secretary Perdue's goal is to get the RVP limit expanded to 15 percent and he wants to maintain the RVO at a minimum of 15 billion gallons. That is what he proposed,” the spokesperson added.

Those words could go a long way toward calming an edgy Commodity Classic crowd that is used to giving standing ovations – not booing - their Secretary of Agriculture. But, Perdue may have to go a bit further to tamp down the criticisms that only grew louder overnight – especially as news leaked about another meeting last month and some replayed comments he made at a National Press Club event.

Perdue, Skunes said, "opened up the meeting with our CEO (Chris Novak) and head lobbyist (Jon Doggett)" saying that "farmers don't know anything about RINs, what should you care about RINs?"

Based on multiple reports, the meeting didn't improve from there, with Perdue pushing NCGA and other groups to be more agreeable to changes that would, in turn, allow for Northey's hold to be lifted.

The RIN cap is where the biofuels industry is the most concerned. That idea would be a “jobs killer,” Renewable Fuels Association President and CEO Bob Dinneen believes.

“It would kill growth, it would codify the blend wall, there would be no way to build ethanol and biofuels use above the levels and sort of removes any opportunity at all to continue to grow this industry,” Dinneen said of Cruz' push to cap the RINs price.

“For a Republican (Cruz) to be advocating such command-and-control price caps is…” Dinneen paused for dramatic effect, “…surprising to me.”

Still, the fact that Northey’s nomination cleared is an obvious victory for both Perdue and the Commodity Classic crowd. Even Cruz himself was complimentary of Northey’s credentials and said he would “be a strong addition” to the Trump administration’s USDA staff.

But now the attention shifts back to the issue of what lies ahead in the fight over the RFS and the cost of RINs. And in that fight, ethanol groups say Cruz will have a hard time achieving his goal of wholesale reform to the RINs market.

“The only sort of morsel of leverage that Senator Cruz had was his hold on Bill Northey, so to get Mr. Northey confirmed is a big deal,” Brian Jennings, CEO of the American Coalition for Ethanol, said in an interview with Agri-Pulse. “Cruz has been masterful at breathing life into the idea that something is going to get done.” 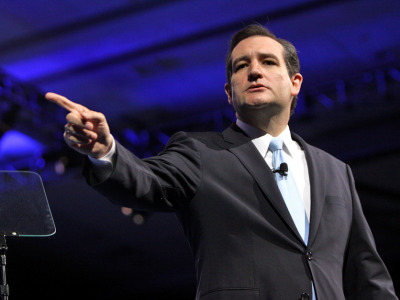 The path forward is a little murky at this point. There were reports out of the meeting that President Trump requested yet another meeting on the issue, this time with industry representatives – perhaps as early as Thursday. Asked about the president’s position on the issue, White House Press Secretary Sarah Sanders said the administration is “going to continue having conversations.”

“Tens of thousands of direct and indirect refining jobs in Pennsylvania, Texas and across the country will benefit if the President provides clear direction on administrative adjustments to the RFS program,” the group said.

“The word we got out of the meeting today was there was no deal, but I still think that there are probably going to be more discussions over the next couple of weeks,” he said.

The current cocktail of RFS reform has four planks: the cap on RIN prices, a waiver to sell E15 year-round, the creation of a credit system for exported biofuels, and a transparency measure for the RIN markets. The two-for-two nature of what has been proposed might look on the outside like the “win-win” outcome Cruz has promised, but Fuher said the RIN cap would have an outsized impact on any benefit that might come from increased E15 sales or RIN market transparency.

“Why do all the other things if you’re going to cap the RIN anyway?” Fuher said. “Senator Cruz has not yet once offered a ‘win-win’ solution.”

The export credit is also a throwback to an idea thought to have been killed last fall when Pruitt offered assurances to farm state senators in exchange for approval of an EPA nominee. One of those assurances was that EPA was not taking any formal action on an export credit, “nor will EPA pursue regulations.”

Dinneen pointed out that while Cruz and others are calling for a RINs cap, some refineries are opposed to the idea. He said that lack of consensus can be an asset as the fight over the future of the nation’s biofuels policy continues.

“The refining industry, the oil industry is not on the same page on this,” he said. “Agriculture is.”