Rumors are circulating that a stampede of California dairy producers is heading toward greener pastures in other states. But why?

Experts in the nation’s No. 1 milk-producing state have been ruminating on this dilemma for over a decade now, and it seems to stem from the same problems that are plaguing farmers all over America. Typical of the ag industry in general, mom-and-pop farms are going by the wayside and more large-scale farms are increasing production. So, the production seems to truck along but the number of players in that production does not.

“I remember being a kid, driving up I-5 and there were dairies all over the darn place,” said Jeff Stackhouse, livestock adviser for the University of California Cooperative Extension in Humboldt and Del Norte counties. “Now there’s one.”

Statistics from the California Department of Food and Agriculture back him up. According to the agency, the state had 1,563 dairies in 2012 and four years later the number was 1,392, an 11 percent decline. The drop was 4 percent from 2015.

Stackhouse said that stakeholders often put part of the blame on strict regulations that create a harsh business climate.

“The term you’ll hear a lot from all industries is ‘death by a thousand cuts,’ and there’s a lot of truth to that,” Stackhouse said, noting the gradual increase in regulatory hurdles at the county, state and federal levels. “Every year you just have to cinch your belt a little more and eventually people get forced out.”

But he also said there are really a multitude of underlying factors contributing to dairy producers going out of business or out-of-state. For one, the reputation that dairy farming is an awfully demanding occupation, which is discouraging a new generation of farmers.

“Few young kids grow up with the dream of being a dairyman who is working from 4 a.m. to 8 p.m. every stinkin’ day of the week,” Stackhouse said.

Young, would-be dairymen are also finding it nearly impossible to buy land with prices as high as they are.

Many California dairymen are diversifying into other agribusinesses like cattle production or orchard farming, and some are even selling or leasing their valuable land to make ends meet.

Rob Vandenheuvel, senior vice president of member and industry relations at California Dairies Inc., articulated his concerns for the current state of the California dairy industry. California Dairies is a member-owned milk marketing and processing cooperative and produces 43 percent of the state’s milk from 400 dairies.

“Water availability, air and water quality regulations are all more expensive and costly here, but our milk price is among the lowest in the country,” he said. “So, when you have some of the highest cost and one of the lowest prices, it’s a challenge, no doubt about it.”

He said the milk price that the farmers are receiving is not covering their production costs and has been consistently below the cost of producing the milk for years, with some exceptions.

One of these things by themselves is manageable, even a couple of them, but they pile on in a cumulative nature and it’s alarming,” he said, adding that California dairy producers have greenhouse gas emission mitigation rules that other states don’t have. “We have to reduce our methane emissions from our manure production by 40 percent from 2013 levels by 2030,” he said, citing one example.

Despite new environmental regulations, increasing land prices, falling milk prices and diminishing dairy numbers, the amount of milk being produced in California is only down by slightly over 1 percent compared to previous years.

According to the California Department of Food and Agriculture’s 2016 report on Annual Dairy Statistics, the number of dairies decreased by 3.2 percent and the total milk production was down 1.1 percent compared to 2015. 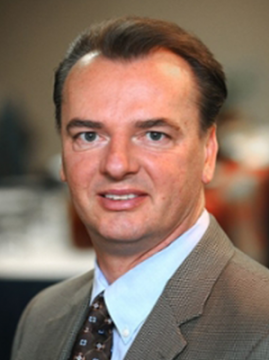 Frank Mitloehner, professor of Animal Science at UC-Davis and a UC Cooperative Extension specialist, said California has lost approximately one fourth of its dairies over the last 15 years. His research focuses primarily on air quality related to livestock production and specified that the number of dairy cows in California hasn’t actually decreased, just the number of dairies. He confirmed that most of the dairies that have closed were relatively small and weren’t as competitive in today’s market.

“The small ones often have a harder time in a strongly regulated environment,” Mitloehner said. “Large dairies generally hire some consultants to deal with air and water regulations to get their dairies to comply, but many small folks lack resources.”

According to Betsy Karle, dairy farm adviser for the University of California’s Department of Agriculture and Natural Resources (UC ANR), the primary regulation that significantly affected California dairy producers was the General Order of Waste Discharge Requirement that was implemented by the Regional Water Quality Control Board in 2007, which affected approximately 1,400 dairies in California’s Central Valley.

“I’ve seen a lot of change, and since my childhood the number of dairies has certainly plummeted and the size and specialization of dairies has increased,” she said, adding that she grew up on her family’s dairy farm on the Northern California coast.

Their farm evolved from a small herd of cows and a diversified farm to a dairy that was in operation until 1999, when they ended up selling their dairy cows and changing their business to beef cattle production.

“I think that the days of growth across the board in dairy numbers are over,” she said.

She confirmed that the general herd size of the remaining dairies is increasing, due to the trend of trying to maximize the efficiencies of scale. Karle went on to say that if the California dairy industry was compared to Wisconsin’s, the second-largest milk-producing state, you would see that Wisconsin has many more dairies but the herd size is much smaller. In fact, the number of Wisconsin’s dairy farms is dropping faster than California’s.

In the February 2018 edition of the USDA’s National Agricultural Statistics Service report on Milk Production, Wisconsin lost 430 licensed dairy herds between 2016 and 2017, whereas California only lost 30. The nation lost a total of 1,600 dairies altogether in that same period.

“So, the same trend is happening in other areas of the country, but the scale is very different,” Karle said. “I don’t know that ‘mass exodus’ is quite the right term, but it is a difficult time to be a dairy farmer.” 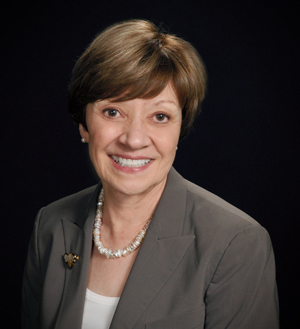 California Ag Secretary Karen Ross is familiar with these issues facing dairy producers and added several more. She argues that California’s dairy industry was in state of consolidation rather than an exit.

“We also have aging farmers, we have the shortage of labor and increased cost for labor, we have regulatory costs and energy costs that have continued to rise,” she said. “But I will tell you that the families that are in the business are clearly very committed to it and they are very good at what they’re doing.”

She discussed a proposed Federal Milk Marketing Order, which has dairy farmers optimistic for a change in the milk pooling and pricing system that might give them the margin they need to comply with the challenges facing the California dairy industry.

“It’s been almost a three-year process and we hope that it will come to some sort of completion with a final decision and a referendum for the dairy farmers to vote on by the end of this year,” she said.

“The state is very serious about partnering with our growers and it’s an exciting new generation for our dairy families,” she said. “We just closed this last grant application round and we have 74 projects that have been submitted. So, I really do think that we’re coming to a new chapter for California dairies and it’ll be interesting to see how that progresses.”