US farm sector braces for repercussions from Trump’s tariffs

The U.S. farm sector knows the repercussions from President Donald Trump’s plan to impose steep tariffs on steel and aluminum imports are going to be bad – they just don’t know yet how bad.

It’s widely-accepted that any time there’s foreign trade retaliation, the U.S. agriculture industry usually gets hit first and hard. Up until Thursday, farm groups were bracing for Chinese retaliation to new U.S. tariffs on washing machines and solar cells, but then Trump announced his intention to slap a 25 percent tariff on all steel imports and 10 percent tariff on aluminum imports.

Now U.S. farmers and exporters fear retaliation on multiple fronts -  from Canada to the north, Mexico and Brazil to the south and the European Union across the Atlantic.

“Everyone agrees we need to hold our trading partners accountable, but taking unilateral action to raise tariffs carries harmful unintended consequences,” Brian Kuehl, executive director of Farmers for Free Trade, an umbrella ag sector group, said in a statement. “The agriculture sector knows from experience that our ag exports are the first to be hit by retaliation. Whether it’s our chickens in retaliation for tariffs on Chinese tires, or U.S. apples and wine exports as a result of a Mexican trucking dispute, historically, agriculture always has the biggest target on its back.”

The Trump administration called out China for the biggest abuses in steel overproduction, with the Commerce Department noting that, “On an average month, China produces nearly as much steel as the U.S. does in a year.”

Even so, China is only a minor exporter to the U.S. despite being the world’s largest producer.

Canada exported 5.8 million tons of steel to the U.S. in 2017, making it the largest foreign supplier, according to U.S. Commerce Department data. Mexico is the fourth-largest steel exporter to the U.S., just behind Brazil and South Korea. The European Union is also concerned that the new U.S. tariffs will end up diverting much more of the world’s steel into the European market and depressing prices there.

Together with the U.S. tariffs on Chinese and South Korean washing machines and solar cells, the possible repercussions that will affect U.S. farmers and ranchers are devastating, said Matt McAlvanah, a spokesman for Farmers for Free Trade.

During the U.S.-Mexico trucking dispute, Mexico retaliated on a long list of U.S. agricultural products and China hit back against U.S. poultry when the U.S. slapped tariffs on Chinese tires, he said.

There is still time for the U.S to change course, though, he said, pointing out that the ag community is coming together to formulate a plan to tell their concerns to the White House and Congress.

The threat of retaliation is also raising concerns about the possible collapse of the North American Free Trade Agreement between the U.S., Canada and Mexico. The proposed steel and aluminum tariffs add volatility and uncertainty for both countries.

“If we end up in a position where Mexico and Canada are both retaliating against us because of steel and aluminum tariffs, it makes for a pretty toxic atmosphere,” McAlvanah said. “There’s no one familiar with the negotiating process who thinks it’s not going to have an impact.”

That was made obvious on Monday when Canadian Minister of Foreign Affairs Chrystia Freeland interrupted her closing remarks for the seventh round of NAFTA talks in Mexico City to blast the proposed tariffs. 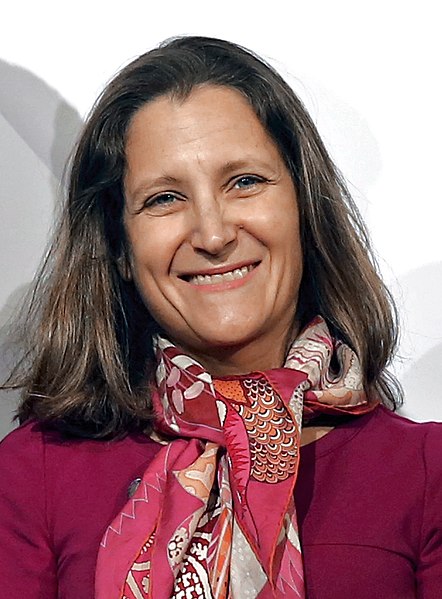 “Canada would view any trade restriction on Canadian steel and aluminum as absolutely unacceptable,” Freeland said as she stood between U.S. Trade Representative Robert Lighthizer and Mexican Minister of Economy Ildefonso Guajardo Villarreal. “Canada will take appropriate responsive measures to defend our trade interests and our workers.”

Just hours before Freeland’s statement, Trump suggested the tariffs might not be levied on Canada and Mexico if a new NAFTA deal was completed quickly.

“We have large trade deficits with Mexico and Canada,” Trump said in Monday morning tweets. “NAFTA, which is under renegotiation right now, has been a bad deal for U.S.A. Massive relocation of companies & jobs. Tariffs on Steel and Aluminum will only come off if new & fair NAFTA agreement is signed. Also, Canada must .. treat our farmers much better.”

Rather than spurring Canada and Mexico to cave into U.S. NAFTA demands on everything from the elimination of Canada’s dairy supply management system to increased U.S. parts in traded automobiles, some trade specialists are worried Trump’s comments will have the opposite effect.

“Instead of saying he’s going to terminate this agreement, now he’s saying he’s going to offer exclusions for Canada and Mexico on the steel and aluminum tariffs if there’s a new fairer NAFTA, whatever that means,” said one U.S. agriculture industry representative who asked not to be named because he hasn’t been cleared to discuss the situation. “There’s no guarantee he’d do that anyway and it just hardens positions.”

Still, the president says not to worry.

"The trade war hurts them," he said Tuesday at the White House. "It doesn't hurt us. So we'll see what happens ... We're going to straighten it out and we'll do it in a very loving way. It'll be a loving, loving way. They'll like us better and they'll respect us much more ... "