Organic doing great, but feed grains? Most are still imported

By most measures, 2016 was another banner year for organic production. Sales of organic farm goods increased 23 percent to $7.6 billion, a figure double the 2011 total. Organic retail food sales eclipsed $40 billion – more than 5 percent of all the food Americans consumed at home.

The biggest increases for specific foodstuffs were in sales of organic potatoes (127 percent), tomatoes (102 percent) and broiler chickens (78 percent).

But increased sales in one area may highlight a shortage of supply in another. The increasing popularity of organic chicken, for instance, creates a demand for organic feed, which panelists at USDA’s recently held Agricultural Outlook Forum said cannot be met domestically. 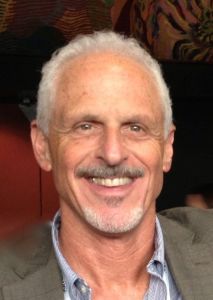 In his presentation, Golbitz noted that imports of corn and soybeans for feed have been growing at an average of 33 percent per year for the past five years, reaching 827,000 metric tons (over 41,000 full container loads) in 2017. Still, the U.S. imports about 54 percent of its organic corn and 75 percent of its organic soybeans.

In an interview after the Outlook Forum, Golbitz said demand really started outstripping supply “five or six years ago.” He is optimistic that farmers will increasingly turn to organic production but that the current lack of infrastructure – terminals and processing facilities, for example – will continue to hamper growth.

U.S. grain purchasers “would much rather buy domestically,” Lewis said. He said he is optimistic about continued growth in the organic feed sector. “There’s a cultural shift that’s happening,” he said, citing conversations he’s had with organic farmers in the Midwest.

“Neighbors are kind of going, ‘what are you doing?’ ” Lewis says of conversations about farmers looking to learn from their organic counterparts.

But, like Golbitz, Lewis says a chief factor holding back growth is insufficient infrastructure. “In organic the challenge we have is such limited processing ability and storage,” he says. “Producers often end up storing it themselves.”

China’s government spurns US sorghum, but its feed mills are hungry for the grain
Trump: A little pain for farmers, but great things lie ahead

One company that is addressing that shortage is Pipeline Foods in Minneapolis, the largest importer of organic Canadian wheat in the U.S., which is building a “state-of-the-art” grain terminal in Bowbells, N.D.

The fully automated facility is “designed to receive, clean and blend organic crops to meet the most rigorous customer specifications and ensure transparency and traceability,” Pipeline said in November. The facility is “strategically located adjacent to the BNSF main line railway and US Highway 52 to allow for efficient rail and truck transport.”

The new terminal is “progressing very nicely” and should be done by this summer, said C.J. Eisler, Pipeline’s director of North American specialty feeds. He says there’s no reason organic farmers should have to truck their products long distances when there are better options available.

Using rail, “We can reduce inefficiencies and get a higher price for the farmer,” Eisler said.

The company also has pledged to invest $300 to $500 million over three to five years “to build a better, more sustainable supply chain in agriculture,” Pipeline said last fall. “The company is actively buying all classes of organic grains, pulses and oilseeds.”

Part of the investment will go towards increasing organic acreage by 50,000 acres over the next two to three years, Eisler said, noting that the company has an in-house agronomist and regional managers who are recruiting farmers into the organic field.

Dan Folske, North Dakota State University extension agent for Burke County, said that since Pipeline focuses primarily on organic commodities, the construction of the terminal “opens a new local market for any producer considering organic production for a value-added income source. It’s a win-win situation for everyone.”

Obstacles to entering the organic market remain, however, even though research from USDA's Economic Research Service has shown that the premiums conventional farmers can receive after going organic will offset the cost of transitioning.

ERS organics expert Catherine Greene says that going organic can be daunting for producers, many of whom consider a three-year transition “a very uncertain prospect,” because you cannot tap into the higher organic prices until you’re certified organic. Until then, producers have to deal with lower yields. For many, it’s easier to stick with the system, and the infrastructure, they know.

"One thing to keep in mind,” she says, “is that the adoption of certified organic farming systems in the grain and oilseeds sectors has been historically low – much lower than in other sectors."