Home » Grassley: ‘I have no bone to pick with Perdue’
News Politics Energy

Grassley: ‘I have no bone to pick with Perdue’

After making some comments suggesting he wasn’t happy with Ag Secretary Sonny Perdue’s approach to biofuels policy, Iowa Sen. Chuck Grassley now says he was “perhaps a little bit too strong” in some of his criticism.

Speaking to reporters Tuesday morning, Grassley said Perdue has been “very up to date on ethanol” in recent weeks, and said he might give the secretary some leeway because he may have been working to achieve a solution at the direction of the president.

Earlier this month at Commodity Classic, Perdue sought to beat back reports that he was pushing for changes to ethanol policy. He offered “unequivocal” support for the Renewable Fuel Standard, but said he didn’t see the connection between the price of Renewable Identification Numbers – the credits used to measure RFS compliance – and the price of corn.

“I think some people have confused RIN prices with demand; I don’t see it that way,” Perdue said. “I fail to understand how the collaboration of the connection between RIN prices and demand and (Renewable Volume Obligations) volume work together.” 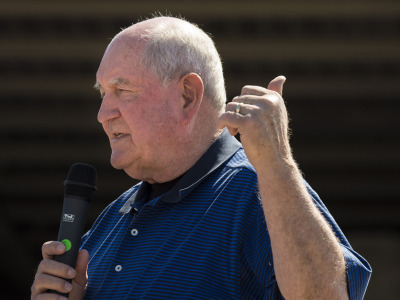 The secretary added that he was “an open book about being educated on that.” Now, Grassley said he thinks Perdue “wouldn’t make that same statement today.”

“He was just … kind of raising a question in his own mind that he has to work his way through, and quite frankly I think by now, he’s worked his way through that or we wouldn’t be getting consideration of some of the alternatives that we have,” Grassley said, noting biofuel industry alternatives to a RIN price cap that are currently being considered.

Biofuel and oil interests were originally set to meet at the White House on Monday, but the administration called that meeting off citing “productive meetings” between USDA and the Environmental Protection Agency, which administers the RFS.