Syngenta settlement funds will take a while to trickle down

Now that Syngenta has agreed to pay $1.51 billion in what may be the largest agricultural litigation settlement ever in the United States, corn growers may be wondering how much they will get, and when.

The short answers: It’s complicated, and it may be a while.

At this point, Syngenta and a committee of lawyers representing the plaintiffs in the consolidated class-action lawsuit in Kansas have hammered out a preliminary settlement agreement that includes four “subclasses” and lays out the procedures for notifying class members and determining how to calculate their compensation.

The court, in the person of U.S. District Judge John Lungstrum in Kansas City, Kan., will hold what is known as a “fairness hearing” to decide whether to certify the settlement categories and whether to approve the deal. If he does, “there may be appeals taken by objectors to the settlement,” according to a “long-claim form” attached to the settlement agreement that is posted on the court site. No date has been scheduled for the hearing.

“Resolving those appeals often takes time, perhaps more than a year,” the form says. “Progress of the payments will be put up on the settlement website. Please be patient.”

Despite all the caveats, however, the plaintiffs’ lawyers offered a prediction (with caveats) in announcing the settlement: “If the settlement is ultimately approved, it is anticipated that funds could be distributed to class members in the first half of 2019.”

The settlement is “the product of good faith, arm’s-length, and often-contentious negotiations,” according to a court filing in the case. The plaintiffs said that they suffered from lower corn prices after China officially put a halt to imports of U.S. corn after finding traces of Syngenta’s MIR 162 trait, 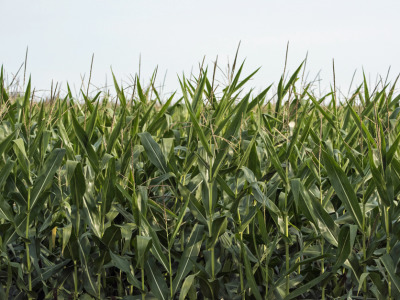 Syngenta had begun marketing Viptera in the U.S. before China had approved corn grown with it for import. The halt in imports lasted from November 2013 to December 2014.

Some of the plaintiffs in the litigation who were not included on the plaintiffs’ settlement committee have asked the court to delay approval of the agreement until they have had a chance to review all the documents, including draft versions of the settlement. But the chief negotiators for the plaintiffs said there is no need for delay.

Syngenta agrees to $1.5 B settlement of corn trait litigation
Corn growers, others to receive partial checks from Syngenta settlement

“Put simply and colloquially, before this settlement was reached, the tires had been kicked as thoroughly as they could be with respect to the settling parties’ claims and defenses,” three of the plaintiffs’ lawyers said in opposing the request for a delay.

As far as how much growers will receive, that’s not possible to predict. Asked whether he could put a number on the settlement amount for a corn grower with 1,000 acres who averaged 160 bushels/acre, attorney Don Downing, one of the four “co-leads” on the plaintiffs’ side, said in an email, “Not at this time. It depends in part on how many claims are filed. We will not know that until after the time for filing claims has expired.”

Members of the first two subclasses include all the corn growers in the U.S. – more than 610,000 people, according to court filings. Subclass 1 are growers who did not buy and use Agrisure Viptera or Duracade from Sept. 15, 2013, through the date of the judge’s order to preliminarily approve the settlement.

Agrisure Duracade is another trait, similar to Viptera, that had not received import approval from China when that country halted shipments of U.S. corn, a move that Syngenta contends was done for domestic political reasons.

Growers who did not use Syngenta’s seeds will get most of the money from the settlement – that is, what’s left over after funds are disbursed to the hundreds of plaintiffs’ lawyers for their costs and expenses, which could be as much as one-third of the total, or about $500 million. Other recipients will be the approximately 42,000 growers who used Syngenta seed ($22.6 million); 1,569 grain handling facilities ($29.9 million); and 183 ethanol production facilities ($19.5 million).

Growers who planted Syngenta seed will receive a smaller share of the pie for various reasons, said attorney Lynn Johnson of Shamberg Johnson and Bergman in Kansas City, Mo. Johnson was brought on to represent the Syngenta growers for the settlement discussions.

“When discussions started, there were no class-actions pending on behalf of them and there really never had been,” Johnson said. He said the barriers to suing Syngenta would have been significant. For example, Syngenta could have argued that growers who used the seed were partially responsible for the import rejection. Another barrier: Syngenta could recover attorney fees from growers who sued them and lost.

“Long story short, the legal defense and arguments that Syngenta would have against purchasers of seeds were far different than (those of) non-purchasers,” Johnson said.