Could India be the Trump administration’s first FTA?

The question of which country will be the first to sit down for serious negotiations on a bilateral free trade agreement with the U.S. under the Trump administration is still wide open, but India is likely a top candidate.

USDA Undersecretary for Trade and Foreign Agricultural Affairs Ted McKinney has been on the job for about six months and he’s already been to India twice, each time highlighting the opportunities to improve the trading relationship between the U.S. and the world’s second most heavily populated nation behind China.

Of course, there are many candidates for a new FTA. U.S. Trade Representative Robert Lighthizer mentioned Vietnam and the Philippines in a recent House Ways and Means Committee hearing. U.S. negotiators are already talking to their counterparts in the U.K., but those talks aren’t expected to formally take into consideration a full FTA until after Britain leaves the European Union a year from now. And here's a wild card: Trump is meeting with Japanese Prime Minister Shinzo Abe at Mar-a-Lago on April 17th - just ahead of a planned summit between the president and North Korean Leader Kim Jong Un.

On the top of most farm group’s wish list for free trade agreements is Japan. The country was set to lower tariffs on U.S. beef, pork, wheat and other commodities under the Trans-Pacific Partnership, but that ended after the U.S. pulled out.

The U.S. told Japan it would like a bilateral FTA, but so far Japanese officials have rebuffed the requests while at the same time inviting the U.S. to rejoin the new version of the TPP that launched recently without the U.S. Still, a trade deal could come up when Abe is scheduled to meet with Trump  in about two weeks.

Japan is a long-sought after target, but what makes India more attractive is its potential. The country of 1.3 billion people is home to growing demand for poultry, dairy, fruits and vegetables, ethanol and distiller’s dried grains (DDGs), and right now the U.S. has a large trade deficit with India. The U.S. last year imported $48.6 billion worth of goods from India, but only shipped $25.7 billion worth of exports, according to U.S. Commerce Department data. 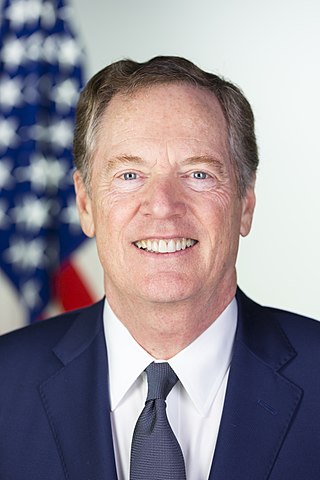 That deficit is something Lighthizer said he wants to reduce. Speaking last October after a meeting with Indian Minister of Commerce and Industry Suresh Prabhu, Lighthizer said “U.S.-India trade has grown significantly in the last few years and has the potential to span every sector of the economy.

“To increase reciprocal trade, we will continue to seek to identify and address trade barriers related to goods, including manufactured and agriculture, services and intellectual property rights.”

With only a few changes to Indian trade policy, the U.S. could easily begin selling 700,000 tons of DDGs per year to India, says U.S. Grains Council Director of Global Strategy Kurt Shultz. DDGs are essentially a bi-product of corn-based ethanol and that’s another product that the U.S. could sell a lot more of to India with a few changes to the country’s policies.

The U.S. sold about 135 million gallons of ethanol to India in 2017, but producers here could be shipping a lot more. India only allows ethanol imports for industrial purposes – not as an automobile fuel.

Perdue: TPP could be the key to confronting China
Indian ethanol market could be big, really big
First US crude shipment arrives in India

Gregg Doud, the U.S. Trade Representative’s newly installed chief agricultural trade negotiator, highlighted the potential of an FTA with India during his confirmation hearing before the Senate Finance Committee.

“Keeping in mind that the evolution of more liberalized trade in agricultural products takes a great deal of patience, we must also get started today in planting new trees of market access even though it may take time before we’re able to enjoy some shade from such efforts,” Doud told the senators. “In this category, India certainly comes to mind as a place, which, before long, could grow to be the most heavily populated nation on the planet.”

Doud was clear, though, that achieving an FTA with India would not be easy. While the potential to export billions more in ag commodities exists, India is a very protectionist nation, tied up in layers and layers of bureaucracy, American Farm Bureau Federation Senior Director David Salmonsen tells Agri-Pulse.

Darci Vetter, diplomat in residence at the University of Nebraska-Lincoln and former USTR chief agriculture negotiator, stressed that the negatives for India may outweigh the potential for positives. 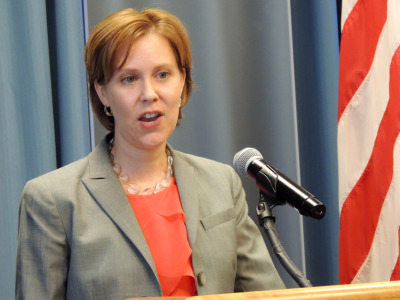 “Given India’s significant restrictions on market access and their lack of willingness to open their markets, I don’t know if they’re really ready to be a high-standard FTA partner, but the size of their market and their demand for agricultural goods certainly indicates there should be more opportunity there,” Vetter told Agri-Pulse.

Whether it’s India or another country, U.S. ag groups and farm state lawmakers are hankering for the U.S. to begin serious work on new free trade agreements. It’s been more than a year since President Donald Trump pulled the U.S. out of the Trans-Pacific Partnership – which could have spurred billions of dollars in increased exports to countries like Japan and Vietnam - and promised that it would be replaced with one-on-one bilateral trade deals.

Lighthizer now has a full roster of deputies and he’s promised lawmakers that he’s told them to find countries for the U.S. to do bilateral trade deals with. While it may be way too early to expect results, U.S. farm groups and farm state lawmakers are increasingly anxious to see new trade.