Suicide higher in rural areas, not necessarily among farmers

Recently there's been a spike in news media attention to farmer suicides brought on by depressed farm-product prices, but there appears to be a lack of solid data to compare the current incidence of suicide on the farm to that of the mid-1980s farm crisis.

Notwithstanding the absence of verifiable statistics, farm groups and their leaders agree that emotional stress has intensified as net farm income has dropped by half since 2013 and is projected lower again this year. The level of distress has spurred governmental and farm organizations to activate hotlines and other services to help farm families cope.

Some of the attention was prompted by a pair of reports from the Centers for Disease Control and Prevention (CDC) describing suicides of farmers and related workers in rural areas. However, the CDC conclusions do not reflect current conditions. Both reports concede that they are tempered by limitations: the 2016 report covers only 17 states, and the more comprehensive 2017 paper, which found suicide rates through 2015 were higher in rural areas than in urban settings, is not specific about farm-related occupations.

The 2017 CDC study found the gap in suicide rates between rural and urban areas grew steadily from 1999 to 2015 and widened more quickly since 2007. It added that the highest rates in 1999-2015 were for non-Hispanic whites and Native Americans, with rates for both groups showing notable increases.

“Geographic disparities in suicide rates might reflect suicide risk factors known to be prevalent in less urban areas, such as limited access to mental health care, social isolation and the opioid overdose epidemic, because opioid misuse is associated with increased risk for suicide,” the most recent paper asserted. “That the gap in rates began to widen more noticeably after 2007-2008 might reflect the influence of the economic recession, which disproportionately affected less urban areas.”

The current situation does not appear to rival that of the 1980s, when 913 male farmers in the Upper Midwest committed suicide, nearly double the national average for white men, according to a study published by the National Farm Medicine Center in 1991. The study covering Wisconsin, Minnesota, North Dakota, South Dakota, and Montana found that 71 female farmers, 96 farm children and 177 farm workers killed themselves in 1980-88. 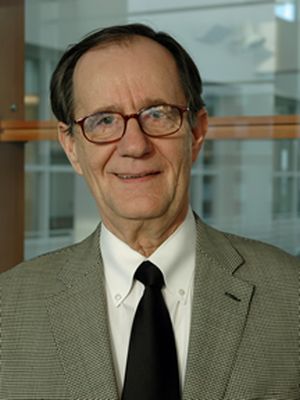 Recent media attention and the CDC reports spurred a disparate coalition of 37 farm and rural advocacy groups to urge Congress to reauthorize the dormant Farm and Ranch Stress Assistance Network (FRSAN), which was created in the 2008 farm bill but never funded. “Due to the prolonged downturn in the farm economy, many farmers are facing even greater stress,” said their letter to agriculture committee leaders. FRSAN was designed to provide grants to extension services and nonprofit organizations that offer stress assistance programs for those in agriculture-related occupations.

The appeal was signed by a range of national commodity and production agriculture groups as well as advocacy organizations, mental health professionals, Farm Aid and the Rural Coalition, and publicized last week by the National Farmers Union (NFU).

Last week also saw action on the issue on Capitol Hill where Sens. Tammy Baldwin, D-Wis., and Joni Ernst, R-Iowa, are sponsoring legislation that would re-establish the Farm and Ranch Stress Assistance Network. The bill would authorize USDA to provide $50 million over five years in seed funding through state departments of agriculture, state extension services and non-profits to establish helplines, provide suicide prevention training and create support groups. The bill is co-sponsored by Heidi Heitkamp, D-N.D.; Jerry Moran, R-Kan.; Michael Bennet, D-Colo.; and Cory Gardner, R-Colo. The senators hope to include the legislation in the new farm bill.

Farm Aid hotline calls “are up considerably over past years now,” Senter said. Farm Aid was launched in the 1980s in part to raise money for state and local groups to operate hotlines and stress-counseling support for farm families. “Those resources are not there for the most part now,” he said, and will need to be reconstituted in some form. “There is not enough to get through this particular time without any sign of increase in prices in the short term,” Senter added. “We may lose as large a percentage of farmers as we did in the '80s but it’s a lot fewer (in absolute number) because we don’t have as many farmers.”

Although stress is not limited to one or two sectors, problems appear more acute in dairy. Following a milk producer’s suicide in New York State in January – said to be the third in recent years among members of Agri-Mark – the cooperative sent farmers a letter last month describing available counseling and mental health services. Agri-Mark hoped “to get ahead of the curve,” spokesman Doug DiMento told The New York Times.

Despite depressed prices, dairy farmers in the Upper Midwest appeared to be in good spirits at the annual meeting of the eight-state Associated Milk Producers Inc. in New Ulm, Minn., late last month, said Sarah Schmidt, vice president for public affairs. Although stress continues, “on the whole, there was no talk of suicide.”

The Minnesota Department of Agriculture is beefing up farm and rural counseling resources, said Commissioner Dave Frederickson. “Our sense is that stress is compounding. Our responsibility is to increase whatever we can to help farmers get through this period. The ‘help line’ from several years ago kind of went away and we got it back up,” with personnel on hand to offer advice “24 hours a day, seven days a week,” he said.

Frederickson’s department has had a full-time farmer advocate on its staff since 1987 and has asked the legislature to fund an additional rural health counselor, he said. The state’s agriculture and health and human services departments have created a rural crisis team.

Some have been tempted to compare the current situation with the full-blown farm crisis of the 1980s. “I think it could be that serious again,” Texas Farmers Union President Wes Sims told the Texas Observer. But neither Frederickson nor Senter, who both farmed through the last downturn, says today’s conditions are as bad as those of the 1980s.

Frederickson relates on a personal level. “I remember not sleeping at night. It was worry, worry, worry,” he said. “Today, if you own land and you’re not leveraged, you may be OK from a balance sheet perspective, but cash flow doesn’t work. It's a little different (than the '80s), but stress is stress and it’s different for every person. We just felt we were not in place to be a judge of how bad it is but our governor (Mark Dayton) wanted to step up and do more and we did.”

Senter sees the outlook today as more troubling from a political perspective because of congressional gridlock. “Today is worse in that we don’t have the people serving on the agriculture committees who know and understand what works,” he said. “Back in those days, Democrats and Republicans worked together to provide some relief.”