The rural vote that was key to electing President Donald Trump in 2016 has focused a spotlight on rural America. Welcoming this new attention, academic researchers are zeroing in on identifying the best ways to revitalize the rural economy and dampen rural discontent.

“There’s a reason rural people have felt forgotten and disadvantaged by federal decision makers. It is because they are. There is no question about that,” Chuck Fluharty, founder and president emeritus of the Rural Policy Research Institute (RUPRI), tells Agri-Pulse.

Fluharty warns against letting urban interests portray rural America as doomed to accelerating economic decline and “simply dismiss us.” He says it’s essential to “stop the argument that rural areas cannot thrive. That is not true.” Although some rural areas will continue to lose jobs and population, he says “other areas in rural America are thriving in place, at scale.”

As an example of rural thriving, Fluharty points to Paducah, Kentucky. After decades as a rural “micropolitan” area, Paducah is about to cross the Census Bureau’s 50,000-population threshold to become an urban “metropolitan statistical area.” One ironic consequence is that the population of rural America will drop by at least 50,000 overnight. Fluharty says this reclassification will paint a false picture of rural decline rather than rural thriving when “rural areas are highly successful at becoming urban areas.”

Another consequence is that for the first time, Paducah will qualify for federal Community Development Block Grants. Fluharty says every micropolitan mayor longs for metropolitan status to get the grants’ “multi-year assurance of federal funding.” To end this imbalance, Fluharty is working to get the grant rules rewritten to give rural areas equal access to the economic development tool. 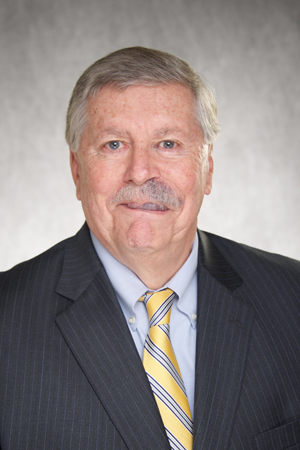 Other researchers advocate having more rural Americans either commute or relocate to prospering urban areas. In contrast, Fluharty explains that “I’m talking to you from a farmhouse my family has lived in for seven generations, in a very poor county, in a poor area of Appalachian Ohio” — and that “There are things about this place and this people that are so dear to me that I will never leave.”

Fluharty acknowledges that rural Americans benefit from federal funding in many ways because “we are older, poorer, sicker, and more dispersed.” The disparity, he says, is that this rural funding primarily goes to individuals whereas in urban areas, “The majority of the money goes to economic and community development.” The result, he says, is “tens of billions of dollars that do not go to rural areas.”

Both Fluharty and the Metropolitan Policy Program at the Brookings Institution, a center-left nonprofit think tank, favor establishing regional growth hubs. The difference, Fluharty explains, is that while Brookings and others would target federal support on a limited number of midsize cities, “We suggest you invest in the nation’s 500+ micropolitan areas” for many reasons, including “natural resource policy, homeland security, public health, and the necessity of keeping a recreational future for our urban brothers and sisters.”

In this on-going rural/urban debate, Brookings’ Metropolitan Policy Program (MPP) concludes that the best way to rejuvenate struggling rural areas may be “to invest in cities.”

“Proximity to cities does not solely explain rural prosperity. And some direct investments, such as broadband and rural entrepreneurship, can improve rural fortunes. Yet in an economy where private investment flows to places with dense clusters of prized assets, the best rural policy may be supporting the development of small and midsize cities across the country, improving rural residents’ access to jobs, customers, training programs and small-business financing.” 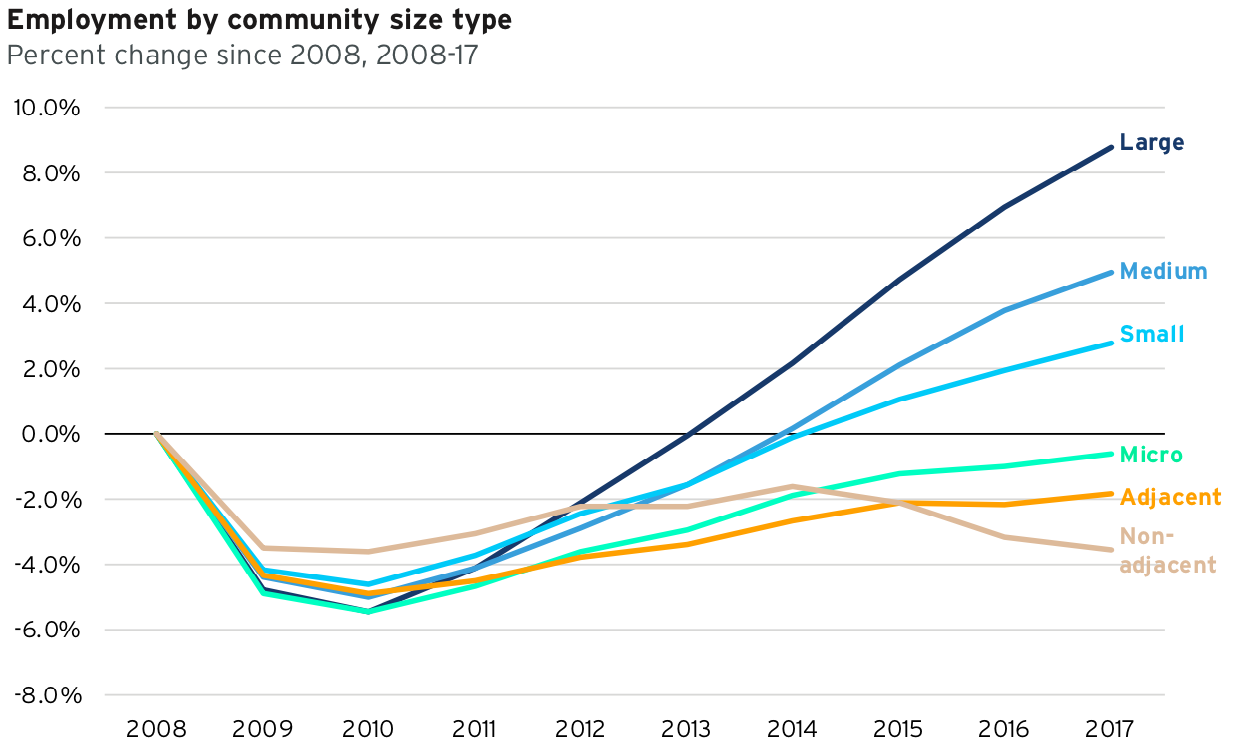 Brookings Senior Fellow Mark Muro, co-author of last November’s MPP report on “Countering the geography of discontent: Strategies for left-behind places,” tells Agri-Pulse that rural America is in the national spotlight thanks to “the 2016 elections and the explosion of rural frustration they displayed.” His report notes that, “Our failure to craft effective, place-sensitive policies has allowed growth and opportunity to concentrate in fewer and fewer places while leaving others behind. Now, the political impacts of these sins of omission and commission are clear. As the country has pulled apart economically, it is also pulling apart politically.”

Source: Brookings analysis of Quarterly Census of Employment and Wages from the Bureau of Labor Statistics

He’s hopeful new ways will emerge to help even the most isolated rural areas. But he also calls for recognizing that “the overall trends are challenging given that our digital age favors urban density.”

Along with expecting healthy growth for rural areas near fast-growing urban clusters (see chart), Muro sees opportunities for rural areas with other advantages such as being able to attract visitors with great scenery or access to national parks or “the authenticity of a charming town, artisan goods, craft beers, and such.” He also sees success for rural communities that provide the now-necessary ingredients of good education, broadband service, and access to investment capital. Brookings research also reveals data that more lawmakers are finally focusing on: “Large gaps in broadband service plague rural America, putting less densely populated communities at a huge disadvantage in today’s tech-driven economy.”

Jack Morgan, National Association of Counties program manager for community and economic development, tells Agri-Pulse that in NaCo’s work with the nation’s 3,069 counties, all seeking economic growth, his message is: “Focus on diversifying your economy” rather than rely on a single industry whether it’s coal, textiles, timber, or agriculture.

Stressing the importance of counties working in partnership rather than competing, Morgan cites the success of Colorado’s Gunnison and Delta counties after they lost 75 percent of their coal mining jobs. 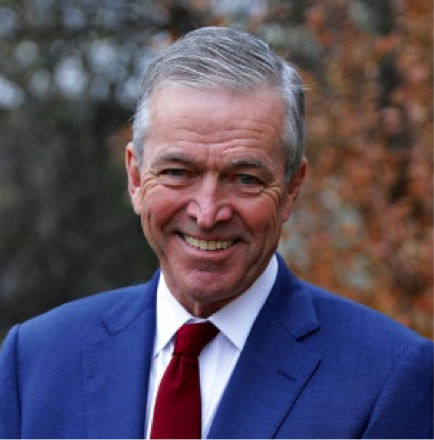 Speaking for NaCo, Gunnison County Commissioner John Messner testified in a House Transportation and Infrastructure Committee hearing in April that what sparked recovery for the two counties was getting a $650,000 grant from the federal Economic Development Administration in 2016. The grant created a multi-agency “ICELab” business incubator at Gunnison’s Western Colorado University. The results so far include developing new hardware equipment for firefighters, irrigation automation systems for farmers and spurring entrepreneurship throughout the region.

McKenna tells Agri-Pulse that while urbanization addresses some problems, “you can’t expect people to move to where the opportunities are, you have to bring the opportunities to the people.” He says that while urbanization is a clear trend, “I think it’s a reversible trend.” So he’s working hard on this reversal by introducing banks and venture capitalists to the fact that “rural America may be down but it’s not out ... There are smart rural people who need capital to fund their small businesses.”