Rural broadband gets another boost in House spending bill

A House spending bill expected to be approved Wednesday would add $550 million to the $600 million Congress allocated in March for grants and loans to expand rural broadband service.

“Whether it’s rural Alabama, or rural Wisconsin or even rural New York … this is a very bipartisan effort to get broadband to places in America that otherwise no carrier is going to,” he told Agri-Pulse.

The money for what is considered a pilot program is included in the fiscal 2019 sending measure released Tuesday for the Agriculture Department, Food and Drug Administration and Commodity Futures Trading Commission. The subcommittee is scheduled to vote on the bill Wednesday. 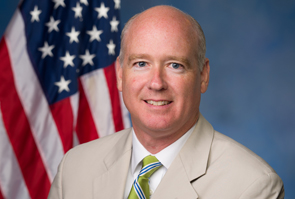 The first $600 million for the broadband program was included in the fiscal 2018 omnibus spending bill that Congress approved in March. USDA loans for broadband expansion had previously been available, but rural telecoms argued that grants were also needed to make projects financially feasible. USDA has not yet proposed regulations for how the grants and loans will be made.

The FY19 bill would increase total discretionary spending - program funding that is not pre-determined by the farm bill and other laws - by $14 million in FY18 to $23.27 billion.

The total includes $3.1 billion for rural development programs, including the broadband assistance.

The bill also would increase spending by $72 million to $3.1 billion for agriculture research, including the Agricultural Research Service and the National Institute of Food and Agriculture.

Funding for the Animal and Plant Health Inspection Service would be increased by $16.5 million to $998.4 million. The bill increases funding for fighting citrus greening disease and the spotted lantern fly while maintaining increases over the past two years for combating feral hogs and other pests, the subcommittee said.

The House appropriators for a second year in a row rejected the White House proposals to kill the Food for Peace and McGovern- Dole international school feeding programs. It would provide $1.5 billion for Food for Peace and $207 million for McGovern-Dole in fiscal 2019, the same amount they are getting for FY18.

The bill also would boost funding for the CFTC by $6 million to $255 million to support cybersecurity initiatives, financial technology, and systemic risk examinations.

Also included in the legislation is a provision that would bar FDA from requiring that nutrition facts panels on bottles of honey and maple syrup say that they contain "added sugars."