Some farmers may like new choices in association health plans

There’s a new kid on the health-care block called AHP, spelled out as association health plan.

In fact, just four years after the arrival of major Affordable Care Act (Obamacare) changes, President Trump, the U.S. Labor Department, plus some states and farm groups – even Congress via its upcoming farm bill – are jumping in to promote AHPs.

AHPs have been around a long time, and Karen Pollitz, senior fellow with the Kaiser Family Foundation and health care policy expert, says “associations kind of blur boundaries (between big group and individual coverage) and . . . kind of make your head explode . . . because they don’t fit the rest of the pattern.”

But many farm and other agribusiness households still pine for cheaper coverage that meets their insurance needs, and an executive order by Trump last October and the Labor Department’s follow-up proposal in January to redefine and expand the boundaries of association health care plans might offer them remedies. The executive order required the department to consider proposing regulations to promote expanded access to AHPs by allowing more employers to form them.” It called for “expanding the conditions that satisfy the commonality‑of-interest requirements (for legal recognition as an AHP) . . . on the basis of common geography or industry.”

The administration’s resulting proposal would keep AHPs as employer-sponsored insurance but would “allow employers (including sole proprietors) to join together as a single group to purchase insurance in the large group market . . . (and thus) reduce administrative costs through economies of scale, strengthen their bargaining position . . . enhance their ability to self-insure, and offer a wider array of insurance options.” Such associations could be formed by “employers in a state, city, county, or a multi-state metro area, or . . . in a particular industry nationwide.”

On May 3, the Labor Department sent its final rule to the Office of Management and Budget for review. The final rule is likely to be published this summer.

Pollitz says the proposal would add both new opportunities and risks for consumers. She explains that, for many years, regulators have kept large-group plans, on the one hand, separate from policies for small groups and individuals. The large-group plans – those that big companies provide for their employees – have enjoyed minimal regulation, she says, largely because of their long tradition of including rather comprehensive coverage. 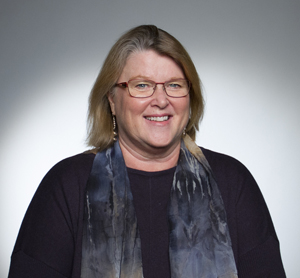 On the other hand, individual and small-groups plans, she said, must include essential protections (cancellation because of illness, including medicines, etc.). As drafted, “the Trump rule is going to change that,” she said. “Now we’re going to just add up all the participants in the association, and if it’s more than 50 we will consider that a large group and the (more lenient) large-group market rules will apply.”

“So you could have an association health plan selling to individuals that doesn’t have a prescription drug benefit or, for example, (but) covers only generic drugs. And because it doesn’t cover those benefits it will probably be cheaper,” she says. As a result, she expects, “you will have people staying in the Obamacare marketplace when they need the more expensive coverage and coming over to the (marketplace) that is less regulated when they think they can get by without it. And that really shuffles up the risk pool.”

Nonetheless, Republicans in the U.S. House of Representatives want to give farm sector consumers help in finding association coverage that may fit their needs. They’ve included $65 million in their 2018 farm bill (Section 6004) through 2022 for USDA loans and grants to help create AHPs – essentially, to take advantage of the revised AHP regulations.

R.J. Karney, congressional relations director for the American Farm Bureau Federation, agrees that the administration’s proposal “would change the criteria for creation of association health plans, and AFBF supports growth of AHPs “and selling those plans across state lines.

Among more than 900 wide-ranging public comments on the Labor Department’s proposal, one sent jointly by Democrats on the House Education and the Workforce Committee points to historic problems with the solvency of association plans before they became closely regulated by federal and state agencies. They note the agency’s own observation that the expanded ﬂexibility proposed for AHPs may encourage “mismanagement or abuse,” and said they “share the concern that this proposed rule could introduce rampant fraud and abuse - undermining reforms” made earlier in federal and state laws.

Co-ops, Farm Bureaus join Uncle Sam in expanding health coverage options
Farmers and ranchers still like Trump, but support has eroded
Farmers could be hit hard by some aspects of Biden tax plan 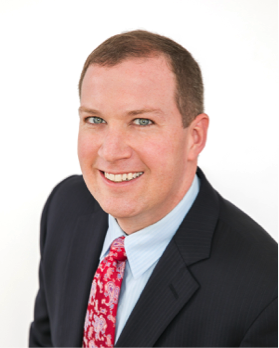 Karney says, though, that “Washington (State) Farm Bureau is the only one that offers an actual association health plan.”

The Washington Farm Bureau Healthcare Trust “is what (regulators) consider a true, bona fide association plan and it serves a single industry, which in this case is agriculture,” said Alejandro Alvarez, the plan’s manager in Seattle. Washington State recognized the trust, which has operated for 14 years and offers comprehensive health plans and other coverage to agribusinesses (not individuals), as a large-group health plan, so it has lots of elbow room to design its coverage for participants and rate its premiums according to risk.

Alvarez is concerned that the Labor Department’s proposal, “the way it is written now, would have some detrimental effects . . . and potentially limit the way that we price our plan” if it became regulated as an association, rather than large-group, plan. Besides, he says, the proposal’s broadened definition of AHPs might mean the Farm Bureau plan there would soon have new competition from “non-bona fide associations” that offer stripped-down or poorly capitalized coverage.

Meanwhile, the association-like status of health coverage by Tennessee Farm Bureau Health Plans (TFBHP) is unique – so much that this insurer even avoids using the term “insurance.”

Benjamin Sanders, Tennessee Farm Bureau government affairs director, explains that TFBHP, which covers about 170,000 Tennessee residents, was already a big insurer statewide in 1994, and, “even though we aren’t an employer . . . we looked a lot like one.” So, the state legislature decided to essentially regard TFBHP as a large-group plan, leaving it largely unregulated the way the federal government treats big company health plans, he said.

One significant twist to the TFBHP coverage is that, because its plans are not officially health insurance under state law or ACA, its customers have to pay the ACA’s annual penalty for not buying health insurance. Sanders said the penalties pushed customers away from TFBHP initially. But as premiums soared nationally in 2017 and 2018, TFBHP clientele has been returning. Plus, he said, Congress terminated the penalties as of 2019, so next year “there will be more members wanting to buy our coverage because they won’t have to worry about that tax penalty.”

The Iowa Legislature recently passed a bill allowing roughly what Tennessee allowed with its Farm Bureau and what the Labor Department proposal would do nationally. It gives small employers freedom to band together in AHPs that don’t meet ACA, plus it allows the Iowa Farm Bureau Federation to sell health insurance plans that aren’t officially insurance and thus wouldn’t have to be ACA-compliant.

In Minnesota, the legislature last year approved provisions letting farmer cooperatives provide health insurance. A trade association of cooperatives, United Farmers Cooperative and others quickly formed a trust to fund a new self-funded health care plan operated by a nonprofit called 40 Square Cooperative Solutions. It enrolled over a thousand Minnesota farmers and small agribusiness operators by the start of 2018 in a range of six types of comprehensive policies, “and they all have to be ACA (Obamacare) compliant,” said Char Vrieze, the plan’s executive director. Members must all start by buying shares of the trust’s capital stock.

“We are the only the only independent, stand-alone, member-owned agricultural health care cooperative” in Minnesota, Vrieze said. “Our members are individual farmers, their families, their employees, as well as small agribusinesses.”

Also in Minnesota, Land O’Lakes has taken advantage of state laws' allowance for farmer co-op health plans and has extended new coverage, called Gravie, to its own member cooperatives.