An array of association health plans (AHPs) offered by state Farm Bureaus and farm cooperatives are popping up across the country, offering affordable insurance to many in the agricultural sector hungry for cheaper coverage opportunities.

For many households, that hunger is for any good-quality policy because major carriers have terminated coverage for both individuals and small groups in their areas, so the farm groups are stepping up to fill the void.

Meanwhile, Republicans in Congress and the Trump administration have forced some changes in the Affordable Care Act (ACA, or Obamacare) to expand insurance choices -- including termination in 2019 of the penalty against taxpayers who don't buy coverage broad enough to comply with the ACA. That opens the market to cheaper, narrower coverage.

Ironically, still hanging around the starting gate is the Labor Department’s AHP regulatory action, a move to expand access to cheaper, hybrid insurance plans, opening them to just about everyone by broadening who can set up AHPs. Though completed in June, the rule’s effective date isn’t until next April for the new kind of small, self-insured associations – whose members the rule mainly aims to help.

What’s more, 12 states are suing in federal court in Washington, D.C., to hold up implementation of the rule. The Labor Department's attempt to delay briefing the case was denied in September, when the court set a schedule for filing briefs by Dec. 19. New York Attorney General Barbara Underwood, who is leading the challenge, blasted the rule as “an unlawful end run around the consumer protections enshrined in the Affordable Care Act” and “part of President Trump’s continued efforts to sabotage our health care system.”

Also in limbo is a farm bill provision intended to enhance benefits of the DOL rule. Section 6004 of the House of Representatives’ version of the currently-stymied farm bill would authorize $65 million as seed money for USDA grants and loans to help start rural health associations. But inclusion of Section 6004 in the final bill isn’t certain, and the legislation won’t likely pass until year’s end or later.

Further, she says, “states are stepping up, and they’re worried that the new federal regulation (imposes) a new low level of standards.” Federal law allows states full authority over their health insurance laws, so, she said, “when the new federal rule came out this year . . . 13 states said, ‘Nah, we're not going to have two sets of rules . . .  we’ll exercise our prerogative and apply our own standards.”

Some states are plugging in new rules to fix areas where they see the DOL regulation being too lax, allowing the sale of inadequate policies that will result in angry consumers, she said, while other states aren’t.

For folks considering AHP, Pollitz advises: “Call your state regulator about any association plan you’re looking at and how it could be different from coverage you could get (from other plans). The big question to ask is: Can I be treated differently at all (from other customers) because of my health status or a preexisting condition?”

But whatever the DOL rule’s limitations or delays, innovation and growth appear robust for an array of new and ongoing farm- and cooperative-linked AHP health care plans. Much of the incentive has arisen as major carriers pulled out of many areas of the country, terminating policies for individuals and small groups and leaving residents with few, or even zero, insurance choices. That’s particularly the case for households for which the prices of individual coverage are out of their range, on the one hand, while their income is too high to quality for the ACA tax subsidy.

That’s largely what sparked a campaign by farm cooperative advocates in Minnesota, who persuaded the state’s 2017 Legislature to let farmer cooperatives provide health insurance to members. The advocates had created a co-op called 40 Square Cooperative Solutions in 2009, then employed the new law to set up a new self-funded health care service, offering six full-coverage policies.

“Our ag community really needed an option for those who currently don’t have one other than the individual (coverage) market,” said Char Vrieze, 40 Square executive director. “We want to free up spouses who would rather farm . . . and sons and daughters who want to . . . take over the farm. But the impeding issue is (affordable) health care.” 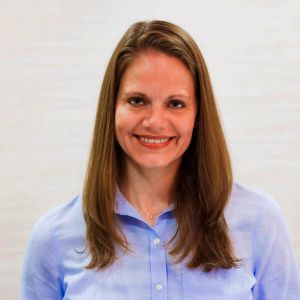 Minnesota-based Land O’Lakes also jumped immediately last year to employ that state’s new law, setting up a LOL-backed program offering eight coverage plans for 2018 and contracting with Gravie to administer its new plans. When a Minnesota cooperative signs up with the Gravie program, its members get access to those policies.

LOL limited enrollments for around a dozen cooperatives for the first year,” said Marek Ciolko, Gravie chief operating officer. But enrollment isn’t restricted going forward, and “there may be 20 more (co-ops) or so joining us for the coming year,” he said.

Ciolko notes that “there are other states that already allow these types of arrangements (for farm co-op health plans), and “we could create a mirror arrangement” for such co-op plans in those states. “As a matter of fact, we are looking at expanding into other states” as state laws and opportunities arise, he said.

Also launching next month is the Iowa Farm Bureau’s new venture in selling a selection of three broad coverage plans. As in Minnesota, the Farm Bureau Health Benefit Plan was state legislation, but that action was patterned after a 1994 Tennessee law which statutorily defined the Tennessee Farm Bureau's health insurance as not insurance. Rather, the Tennessee and Iowa laws now let the Farm Bureaus of those states sell what’s called “health benefits,” and they aren't subject to Affordable Care Act (ACA, or Obamacare) regulations because, by legal edict, they aren't insurance. The Iowa law also gives small employers freedom to band together in AHPs that don’t meet ACA standards.

What’s more, starting in 2019, the access to coverage that’s not (legally) insurance spells an extra break for Farm Bureau members in Tennessee and Iowa who subscribe to the new coverage. That’s because the penalty for not buying legally defined insurance has been lifted by Congress as of 2019.

As in Iowa, the Tennessee law limits health benefits policies to Farm Bureau members of those states, and those subscribers now exceed 170,000 residents. But, “with the ACA penalty going to zero, we anticipate increased interest in our plans” in upcoming 2019 sign-ups, said Benjamin Sanders, Tennessee Farm Bureau government affairs spokesman.