The fate of the North American Free Trade Agreement remains uncertain and a trade war with China continues to loom heavy over rural America, but the long-term forecast for U.S. soybean exports remains bullish, propped up by optimistic forecasts from the USDA.

Listen to Grant Kimberley, market development director for the Iowa Soybean Association, as he reacts to the USDA's most recent projections in its World Agricultural Supply and Demand Estimates.

“It’s full steam ahead at ISA as we continue to build overall demand and customer preference for U.S. soybeans,” said Kimberley, “The report is positive news, which is something farmers needed as they plant this year’s crop. Producers shouldn’t let uncertainties distract them from raising the highest-quality soybeans in the world.”

The bottom line, USDA Chief Economist Rob Johansson told Agri-Pulse, is that world demand for soybeans continues to grow, and the U.S. will have near-record supplies for the 2018-19 marketing year.

U.S. soybean exports for the 2018-19 marketing year – international sales of this year’s crop – are forecast at 2.29 billion bushels, a 225-million-bushel increase from the current 2017-18 marketing year, according to the WASDE.

Last year Brazil had a bumper crop and Argentina suffered from devastating drought, but USDA expects both countries to have more normal harvests this year.

“All those things in place, given the fact that we’ve also got very healthy supplies and that global demand is expected to go up, means that we’re likely to export more than we did,” Johansson said. 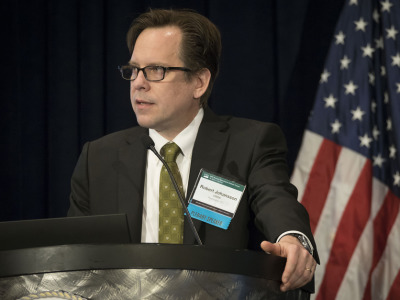 The USDA is now forecasting that U.S. soybean exports will capture 39 percent of global demand next year. That’s up from this year, but still historically low. And just because the U.S. will export more than it did this year, doesn’t mean the situation is ideal.

“The U.S. share that we’re projecting is up in volume terms from last year, but … it’s still (near) the lowest on record,” Johansson said. “The U.S. share of global trade is still pretty low, so I wouldn’t say it’s all sunshine and puppy dogs.”

And Michelle Erickson-Jones, a Montana farmer who testified Tuesday at a U.S. Trade Representative hearing, wouldn’t say so either. She and many other farmers are horrified at the Trump administration’s burgeoning trade war with China and the impact it’s already having on the U.S. ag sector.

Next year may bring more trade for U.S. soybean farmers, but they continue to suffer this year as Chinese livestock companies shun the U.S. oilseeds out of fear that China will follow through with its threat to slap a 25 percent tariff on the imports.

The threatened retaliation is in response to a U.S. threat to punish China’s years of theft of intellectual property by placing tariffs on $50 billion worth of Chinese goods, and that is what Erickson-Jones testified about Tuesday.

“While the Section 301 tariffs are not yet in effect, the U.S. farm community is already feeling the effects of threatened tariff action including depressed commodity prices, shipments held up at port, increased inspections and cancelled orders,” she said, referring to a section of the U.S. Trade Act of 1974. “This comes at a time when the industry is already rife with uncertainty around re-negotiation of (NAFTA).  Make no mistake about it, these market interruptions can devastate ag prices and drive U.S. farmers out of business.”

But Al Kluis, the managing director of Minnesota-based Kluis Commodities, says he sees the silver lining and the U.S. ability to export even with the loss of some Chinese customers.

“Thank you, China,” said Kluis, who was quoted by the Iowa Soybean Association. “Whether they buy from the U.S. or Brazil, it doesn’t matter. It’s a global market.” 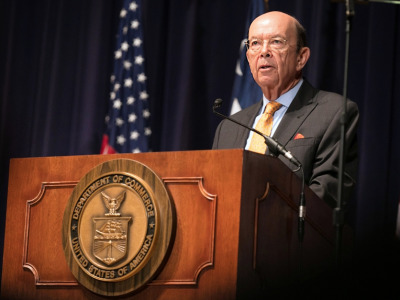 Nevertheless, Delbert Christensen, a United Soybean Board member, still wants the U.S. and China to settle their differences and scrap the competing tariffs.

“The main thing is we have product that needs to get exported,” he said. “We’re hoping that something can get figured out with China to continue selling soybeans to this valuable customer.”

The gulf between the U.S. and Chinese negotiators is still wide, U.S. Commerce Secretary Wilbur Ross said Monday, but he said the countries are making progress. Chinese Vice Premier Liu He arrived in Washington Tuesday for three days of talks – a follow-up to the recent trip made to Beijing by Ross, USTR Robert Lighthizer and Treasury Secretary Steven Mnuchin.

The Financial Times is reporting that the two sides will discuss a possible “mini deal” in which the U.S. would reduce sanctions on ZTE, the Chinese telecommunications giant, and China would withdraw its threatened retaliation against U.S. agricultural exports.

“It is difficult to handicap the outcome, but my hope is that the strong personal relationship between President Trump and (Chinese President Xi Jinping) will facilitate an agreement, just as it seems to be doing relative to North Korea,” Ross said.