WASHINGTON, Sept. 27, 2017 - China is finally buying U.S. peanuts on a seriously high level and farmers and farm groups here are doing their best to make sure it stays that way.

The USDA is predicting that China will buy about $100 million worth of peanuts this year and the country is well on its way to doing exactly that. The U.S. has already sold $29 million worth of the legumes from Texas, Georgia, Alabama, North Carolina, Virginia and other states to the Chinese in just the first seven months of 2017, according to USDA data.

Compare that to the total exports worth about $4 million just a few years ago and you can see why the industry is optimistic.

A wakeup-call about the potential for the Chinese market came last year. China ramped up imports over the summer months and the sales were meteoric. China bought about $172 million worth of U.S. peanuts last year, a roughly 700 percent increase from the $22 million it imported in 2015, according to USDA data.

“Going forward, it’s going to be an important market for the U.S.,” said Stephanie Grunenfelder, a senior vice president with the American Peanut Council. “It’ll vary from year to year because China has such a strong domestic industry.” 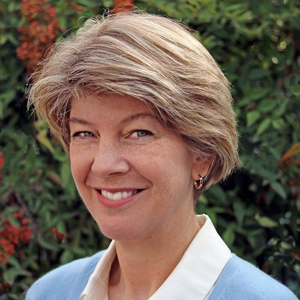 Even if China’s purchases this year drop to $100 million, it’s still a massive success, Grunenfelder said, and shows that the U.S. now firmly has its foot in the door and a sustainably large market in the Land of the Dragon.

A little over a year ago, the situation was much grimmer. There was a growing glut of peanuts in the U.S. after a bumper harvest in 2015 – ending stocks were estimated at about 3 billion pounds – and farmers, who were getting low prices, were expected to produce another big crop for 2016.

The USDA went so far as to try to give away more than 1 million pounds to Haiti in the form of food aid, but the answer to the U.S. glut lay even further away. China, the world's largest producer and importer of peanuts (the country produces 10 times as much as the U.S.) was suffering a drought. The Chinese love peanut oil, but the country’s farmers can’t produce enough peanuts to meet the demand, even under the best growing conditions.

Don Koehler, executive director of the Georgia Peanut Commission, said in a May 2016 interview that he was hoping China might step in and buy a little more than normal.

China bought a lot more than normal, and the benefits are still being felt by farmers. Tony Dill, who plants 2,800 acres of cotton and 600 acres of peanuts near Brownfield, Texas, said farmers were not getting much more than $400 per ton of peanuts in 2014 and 2015.

“Making those big sales to China did help our growers,” said Dill, who is president of the Western Peanut Producers Association. “This last spring in April when we contracted the 2017 crop, we were getting anywhere from $500 to $550 for our peanuts.”

And peanut stocks are on the decline. As of Aug. 1, peanuts in commercial storage totaled 1.4 billion pounds, according to USDA data. That’s a 22 percent drop from 1.8 billion pounds a year earlier. 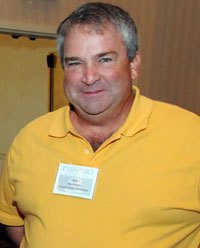 “The peanut shellers bought everything they could that was left of the 2015 crop,” he told Agri-Pulse.

It couldn’t have come at a better time, Koehler stressed. Farmers were falling deeper into debt and getting less and less for their crops.

“What farmers saw was pre-planting contracts were higher for the 2017 crop,” he said.

The 2016 spike in exports to China was huge, but making sure that China remains a big customer has become a priority for the American Peanut Council. The group, together with the checkoff-funded National Peanut Board, sent a trade mission to China earlier this month.

The Chinese are showing signs of investing in improving domestic production, but the country’s farmers have a long way to go before they can come close to the efficiency and technology of U.S. farm practices, Grunenfelder said.

“They’re a developing country,” she said. “Their farms are small. They tend to be family farms where they’re using little hand-driven machines … and hand-picking.”

There’s also the issue of land. There’s little or no room for expansion of peanut fields in the country, but demand continues to grow.

“Their land is pretty well spoken for,” Grunenfelder said. “Peanuts grow on the same kind of prime land that would grow fruits and vegetables … It’s going to be a great new market for U.S. peanuts,” she said. “I think it’s going to go up and down over the next couple years, but we see it as a place where we’re going to be long term.”

“USDA forecasts that China is expected to pursue additional imports of low-valued peanuts (used to make oil) in (2018),” USDA’s Foreign Agricultural Service said in a statement to Agri-Pulse. “Rising incomes in China are helping to increase demand for peanuts and peanut oil. Demand for higher valued food peanuts is also expected to be brisk as demand remains strong. In the long term, U.S. peanut exports look bright due to growing demand coupled with limited potential in China to significantly expand acreage, yield, and production.”

For more news, go to www.Agri-Pulse.com,