EPA’s Science Advisory Board plans to review an agency proposal to make additional data behind regulatory proposals available to the public, citing myriad concerns about the agency effort.

EPA said its April 30 proposal would promote scientific transparency so all interested parties can see the human subject data and scientific models that EPA relied upon in rulemaking. Environmental and other watchdog groups, however, have said it would exclude many peer-reviewed publications from consideration.

The SAB, which has 40 members, agreed with a recommendation from an SAB work group to take a closer look at the proposal. In a document prepared for the SAB meeting last Thursday and Friday, that group said the larger scientific community had not been consulted and that it had concerns about how the rule would be implemented.

“There’s a real lack of clarity on how you would actually apply it,” said Alison Cullen, chair of the SAB work group and a professor of public policy and governance at the University of Washington. 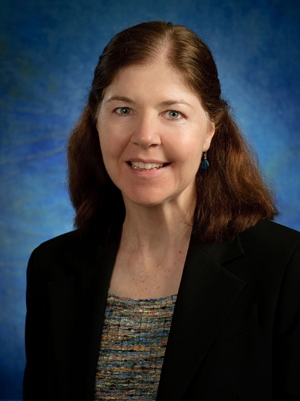 Cullen summarized the work group’s concerns about the proposal, saying it did not address the cost and effort required to make old datasets available; the impact of data restrictions on existing or future regulatory programs; the availability of methods to validate epidemiologic studies without public access to data and analytic methods; and the existence of EPA scientific panels that can vet data.

“The proposed rule does not include any assessment of the impact of data restrictions on existing or future regulatory programs,” the work group said. “Without access to the restricted data, regulatory programs could become more or less stringent than they otherwise would be, with consequences for both regulatory costs and benefits.”

In addition, the work group found the proposal is “highly controversial . . . and could have long-term implications,” such as preventing the agency from considering “legal, ethical, and peer-reviewed studies of health effects as sources” to support its regulatory efforts.

One study for which EPA has been trying to obtain datasets concerns chlorpyrifos, the active ingredient in the insecticide Lorsban. EPA proposed to revoke the food tolerances for the chemical in November 2015, based in part on a study by the Columbia Center for Children’s Environmental Health (CCCEH) that found “even low to moderate levels of exposure” to chlorpyrifos during pregnancy “may lead to long-term, potentially irreversible changes in the brain structure of the child.”

Despite numerous requests, CCCEH has not provided the underlying data to EPA, citing confidentiality concerns. EPA decided against taking any action to restrict chlorpyrifos in March 2017 after concluding that “despite several years of study, the science addressing neurodevelopmental effects remains unresolved, and further evaluation of the science during the remaining time for completion of registration review is warranted.”

The Natural Resources Defense Council, however, said the EPA proposal “undercuts EPA technical experts from using this critical evidence of harm to children,” referring to the CCCEH study.

At its meeting, the SAB also agreed to review a handful of EPA regulatory efforts, including the agency’s reconsideration of greenhouse gas emission standards for Model Year 2022-2025 light-duty vehicles; and the Clean Power Plan, which was stayed by the Supreme Court in 2016 and which EPA is planning to repeal.

The SAB decided against looking at any EPA efforts related to its effort to rewrite the “waters of the U.S.” rule, or to alter rules to protect farmworkers from pesticide exposure and establish timelines and standards for state certified applicator programs.

One EPA official at the meeting, Acting Director of the Office of Wetlands and Watersheds John Goodin, told the SAB that EPA plans to send the Office of Management and Budget a proposed rule to redefine WOTUS “soon.”

“But,” he added, “it would be some time after that before there is a proposal for public review.”

The SAB was formed in 1978 to provide science advice as requested by the EPA administrator; review the quality of scientific and technical information being used by the agency or proposed as the basis for agency regulations; review EPA research programs and plans; and advise the agency on broad scientific matters.

There is no deadline for the reviews the SAB plans to undertake.