The Forest Service plans to use new authority it received in the omnibus spending bill to get more timber out of the nation’s forests and make them less vulnerable to catastrophic wildfire, the service’s acting chief has told congressional lawmakers.

“Our anticipated level of timber harvest in Fiscal Year 2018 is the highest it’s been in 20 years,” Vicki Christiansen told the House Natural Resources Committee at an oversight hearing last week. “In all, this year the Forest Service plans to sell 3.4 billion board feet of timber while improving the resiliency and health of more than 3 million acres of National Forest System lands through removal of hazardous fuels and stand treatments.”

But some of the lawmakers wanted to see the Forest Service allow even more harvesting. “How long will it take to get us back to pre-1980 levels when we were actually producing a sustainable forest?” asked Rep. Tom McClintock, R-Calif., chairman of the federal lands subcommittee.

Timber harvests in the 1970s regularly topped 10 billion board feet before dipping in the early 1980s. They rebounded that decade but have fallen precipitously since, hitting a low of 1.5 billion board feet in 2002 before slowly but steadily increasing. The Forest Service manages 193 million acres in 43 states and Puerto Rico.

Christiansen did not commit to reaching historical levels, but said, “We are on an increased path upwards. We are committed to going up to 4 million board feet in the next two years.”

Harvests have fallen at the same time risks from wildfire have increased. Since 1996, the average annual number of acres burned due to catastrophic wildfire has topped 6.2 million, and Christiansen said there are now 80 million acres at moderate to extreme risk of wildfire, about 50 million at extreme risk, and 11 million acres “in the critical path of wildland urban interface and critical watersheds.” 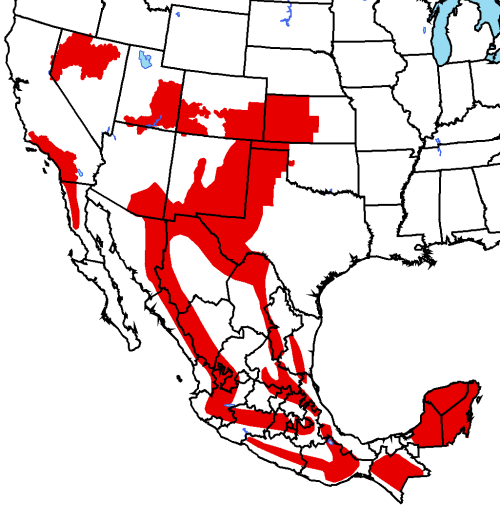 The omnibus funding bill provided a “fire funding fix” to solve what had become an annual problem: the Forest Service being forced to raid non-fire programs in order to pay for firefighting efforts. The service had gone from spending 16 percent of its budget on wildfire suppression in 1995 to 50 percent in 2015.

In addition to assuring the service it will have the needed funds, the omnibus also expanded the service’s authority to use Categorical Exclusions to avoid in-depth environmental assessments for smaller projects that would have been required under the National Environmental Policy Act (NEPA).

Christiansen said the service is working to improve the way it conducts NEPA analyses. In eight months, she said the service has streamlined the process, saving $30 million, “and we’re just getting started.”

The service has increased the amount of acres of forest treatment – which encompasses a variety of practices from commercial timber harvesting to salvaging and thinning of vegetation – by 36 percent so far this fiscal year, Christiansen said.

Asked about the causes of wildfire by Rep. Colleen Hanabusa, D-Calif., who wondered why nine of the 10 largest wildfires in U.S. history have occurred since 2000, Christiansen steered clear of the words “climate change.”

“It is extended drought, it is the conditions of our forests,” she said. “There are a variety of reasons. We’ve excluded fire for 100 years; many of these landscapes do need some sort of fire.”

“Hotter, drier, more intense” is ultimately how she described the conditions the service is facing.

Schiff some of his group’s members are concerned that the service is not doing enough to quell fires during the “initial attack” phase of fires, when equipment and resources are first employed.

At the hearing, Christiansen said, “We are aggressive in our initial attack, where we can be successful. We are successful 98 percent of the time.” The 2 percent of fires where the service is unsuccessful are because of extreme conditions when the service does not want to put firefighters at risk “with no probability of success.”

NASF is pleased with how the Forest Service is implementing the expanded Good Neighbor Authority in the omnibus, which allows state foresters to work on neighboring federal land more often than previously allowed.

Since the omnibus was approved this spring, Geissler said the Forest Service “have provided additional training and the number of GNA projects continue to increase.”