U.S. farmers are already hurting, thanks to Mexico’s retaliatory tariffs for U.S. import taxes on steel and aluminum, but the pain is expected to increase sharply in the weeks and months to come.

For the dairy industry, the cost of Mexican tariffs isn’t yet intolerable. For other crops like potatoes, the damage is mounting quickly.

Right now, Mexico is hitting most U.S. cheese exports with tariffs ranging between 10 and 15 percent. Both the consumers – in this case Mexican buyers – and U.S. farmers are paying the new tax that is a direct result of the Trump administration’s decision to hit the country with a 25 percent tariff on steel exports to the U.S. and a 10 percent tariff on aluminum.

The effect so far is minimal, say officials representing the U.S. dairy industry, but that won’t last for long.

U.S. exporters have become accustomed to the zero duties under the North American Free Trade Agreement, but the new tariffs are still equal to or below what Mexico charges most other major suppliers. That means the U.S. can still compete thanks to the closeness of the two countries, both geographically and in shared supply channels.

“Trade is not going to stop right away,” said one U.S. industry official. “We’re going to continue to sell.”

But on July 5, those tariffs will rise to a range of 20 to 25 percent, and that’s expected to do severe damage – perhaps lasting damage – to U.S. dairy farmers’ largest foreign market.

“A 10-15 percent jump from zero – especially since other trading partners don’t have zero percent access – that’s not the end of the world,” another dairy industry representative said. “Certainly that’s going to bite a lot more once we’re up closer to levels that (other foreign exporters) have to pay, in the 20-25 percent range.”

That threat prompted dozens of dairy companies and groups to send a letter to President Donald Trump on Tuesday, pleading for him to suspend the steel and aluminum tariffs on Mexican exporters.

“These tariffs … will diminish foreign demand for high-quality U.S. dairy products that are produced across the country and support nearly 3 million American jobs,” the dairy companies wrote in the letter to Trump. “Worse yet, our competitors in the European Union will use this opportunity in the wake of their recently concluded Free Trade Agreement with Mexico to gain market share. Allowing Mexico’s cheese tariffs to remain in place will greatly assist the EU in a market where the U.S. has long been the leading supplier.”

Farmers in the U.S. already know how a 20 percent tariff affects trade because that’s what Mexico hit them with 10 years ago during a trucking dispute between the two countries, Keeling said. U.S. exports of frozen french fries dropped by 40 percent, causing the industry to lose $60 million worth of sales over a two-year period.

None of Mexico’s domestically grown potatoes go into french fries because Mexico doesn’t have the processing facilities. Instead, Mexican buyers will just have to go a little farther north to get the french-fried potatoes they need.

“They know that it hits the U.S. and they can still get all the french fries they need because they’re all going to come from Canada,” he said. “What happens in the short run is that volume shifts to Canada. In the long term, those shifts will become permanent.”

Keeling also pointed to Europe as a long-term problem. The EU and Mexico recently cemented revisions to their trade pact, reducing trade barriers that include wiping out Mexico’s tariffs on frozen french fries. It’ll be about a year before that goes into effect, an EU trade official tells Agri-Pulse, but once it does Mexico is expected to begin buying from Belgium, the Netherlands, Luxembourg and elsewhere.

“You give those guys a toehold, with some of the transportation and other subsidies … in the EU and then all of a sudden you’ve enabled your most aggressive competitors and given them a head start,” Keeling said. “Once you do this, markets get distorted and everybody loses.”

Potato farmers, like dairy producers, are asking the Trump administration to put a hold on the steel and aluminum tariffs, but the origin and execution of the taxes are far from a straightforward affair because they are not related to Mexico’s steel and aluminum exports.

The Trump administration justified levying the steel and aluminum tariffs by using the Section 232 trade law that allows the U.S. to hit foreign countries with tariffs in order to maintain national security. Mexico and Canada were originally exempted because they were negotiating with the U.S. to rewrite the North American Free Trade Agreement, but those exemptions were retracted on May 31 after the talks stalled.

The conflating of national security with demands that Mexico and Canada acquiesce to U.S. demands in NAFTA talks has sparked outrage on Capitol Hill that boiled over in a Senate Finance Committee hearing last week. 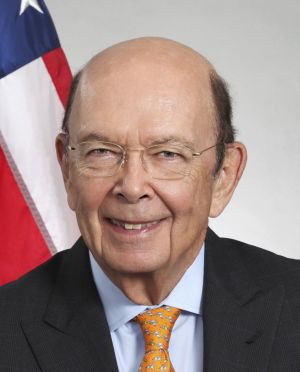 “I wish we could stop evoking national security,” Sen. Patrick Toomey, R-Pa., said at the hearing. “That’s not what this is about. This is about economic nationalism and an economic policy of managing trade.”

Commerce Secretary Wilbur Ross told senators at the hearing: “Our objective is to have a revitalized NAFTA – a NAFTA that helps America – and as part of that, the 232s would logically go away both as it relates to Canada and to Mexico.”

NAFTA talks have come to a virtual standstill, but recent remarks by USDA Secretary Sonny Perdue and others that the administration may move forward with Mexico and Canada separately, and that Mexico has been more agreeable in negotiations, have heartened the dairy industry.

Now they are arguing that Mexico is negotiating in good faith, so the U.S. should lift the steel and aluminum tariffs before a NAFTA deal is completed.

“We ask that you again suspend Section 232 steel and aluminum tariffs on Mexican products until the NAFTA renegotiation is completed, particularly in light of Mexico’s willingness to constructively engage with U.S. negotiators,” companies like Kansas-based Dairy Farmers of America and California-based Hilmar Cheese wrote in the letter to Trump.