Biofuel advocates blasted the Environmental Protection Agency’s latest proposal to set targets for production of renewable fuels under the Renewable Fuel Standard because the agency did not try to reallocate renewable gallons left unblended when refineries were granted waivers from RFS requirements.

Renewable Fuels Association President and CEO Bob Dinneen said the proposal “means nothing until EPA reallocates those lost gallons and sets forth a more transparent and rational process that assures small refinery waivers are not abused or granted unnecessarily,” according to a press release from the group.

Growth Energy CEO Emily Skor echoed that sentiment, saying in a press release that the 15-billion-gallon target “isn’t a real number we can count on. This plan fails to ensure those gallons will, in fact, be blended. By neglecting to reallocate gallons lost to waivers, the EPA is doubling down on another year of an estimated 1.5 billion gallons in demand destruction.”

Biofuel and other groups – such as the National Corn Growers Association and National Farmers Union – have sued EPA over the waivers, which EPA Administrator Scott Pruitt has used to exempt refiners from blending requirements.

EPA has not said how many exemptions it has issued in the past two years, but renewable fuel groups claim the number of waivers granted from 2017 RFS requirements could be as high as 30, in addition to 15-20 waivers from 2016 blending requirements.

Hours before the announcement, Reuters reported a story that contributed to renewable fuel advocates’ anger over the waivers. The news agency said that according to its sources, EPA has “consistently ignored recommendations from the Department of Energy to reject or limit waivers to oil refiners seeking exemptions.”

“Administrator Pruitt just finished telling crowds of struggling farmers that the massive increase in EPA handouts wasn’t driven by his loyalty to a few wealthy refiners,” Skor said in a separate press release. “But these companies aren’t small and they aren’t experiencing hardship – unlike farmers facing a five-year plunge in income.”

“The proposed uptick in the amount of renewable fuel that refiners blend into transportation fuel is encouraging, but does not make up for about 1.5 billion gallons lost by Administrator Pruitt’s decision to hand out an unprecedented number of small refinery waivers,” Sen. Joni Ernst, R-Iowa, a frequent and vocal critic of Pruitt, said in a release. 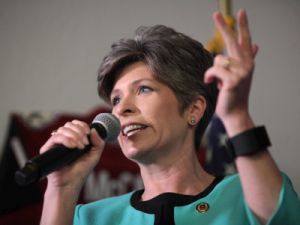 Observers had expected the proposal to address the issue of the waived gallons by shifting the blending obligation to refiners that could not claim economic hardship, but pressure from the oil industry and concerns within EPA about the legality of reallocating them scotched that notion, sources and news reports said.

That was fine with the oil industry and its supporters in Congress. Sen. John Barrasso, R-Wyo., chairman of the Environment and Public Works Committee, praised Pruitt “for rejecting efforts to undermine the ability of small refineries to obtain hardship relief under the (RFS). EPA made the right decision to follow the law, which explicitly allows small refineries to apply for hardship relief ‘at any time.’ ”

Michael McAdams, president of the Advanced Biofuels Association, said “ABFA is proud to represent several members commercializing new technologies to produce increasing volumes of cellulosic fuels. Additional cellulosic facilities are scheduled to come on line in the near future, and we are pleased to see an RVO (Renewable Volume Obligation) that will ensure a market for these new gallons.”

The National Farmers Union, National Corn Growers Association and American Soybean Association all said they were encouraged by the increases in renewable fuel volumes, but decried the use of the retroactive waivers.

ASA President John Heisdorffer, who grows soybeans in Keota, Iowa, said the increase in the biodiesel target from 2.1 billion gallons both this year and next, to 2.43 billion gallons in 2020 “supports a valuable, growing market for soybean oil. We have an increased capacity on the domestic market to meet the demand for renewable fuels blended into the nation’s fuel supply.”

But Heisdorffer also urged EPA to stop granting waivers. “The waived volumes need to be reallocated to ensure the RFS remains whole and that proposed future increases are meaningful,” he said.

The National Wildlife Federation criticized the increased blending targets in the proposal.

“This proposed rule ignores the economic and scientific impacts of increased biofuel use, which will likely result in destruction of grasslands and tropical rainforests. That will mean increased carbon emissions – which the law was supposed to reduce – and it will imperil wildlife,” NWF policy analyst David DeGennaro said.

American Fuel & Petrochemical Manufacturers criticized the increase in biodiesel and cellulosic biofuel targets. AFPM CEO Chet Thompson said that those increased volumes are “not connected to reality” and would “compound problems for consumers and refiners and continue the legacy of RFS dependence on expensive biodiesel imports.”