Plaintiffs alleging that exposure to glyphosate caused their non-Hodgkin lymphoma face a “daunting challenge” in holding Monsanto responsible for their illnesses, a federal judge said Tuesday in a ruling that clears the way for the next phase of litigation against the chemical company.

Although the plaintiffs won – U.S. District Judge Vince Chhabria said their lawsuits can proceed – the judge said it was a close call.

“The question at this early phase in the proceedings – the ‘general causation’ phase – is whether a reasonable jury could conclude that glyphosate … can cause non-Hodgkin lymphoma (NHL) at exposure levels people realistically may have experienced,” Chhabria said. “If the answer is yes, the case moves to the next phase, which addresses whether each particular plaintiff's NHL was caused by glyphosate. If the answer is no, none of the plaintiffs' cases may proceed.”

As for the three experts who were cleared to offer testimony, Chhabria called their opinions “shaky,” but admissible.

“We’re pleased with the result,” Monsanto Vice President Scott Partridge said in a brief telephone interview Tuesday after the decision was released. He could not say whether the company would appeal, noting that the opinion had just been released and there was “much to digest.”

Partridge said the plaintiffs’ burden at this early stage of the case was “extremely light” and the plaintiffs’ experts were able to provide “a bit more than a scintilla of evidence” to support their arguments that glyphosate causes cancer in humans.

In a statement, Partridge pointed to Chhabria's opinion, which said that "the evidence of a causal link between glyphosate exposure and NHL in the human population seems rather weak." Chhabria also said that the federal government's Agricultural Health Study "suggests no link at all." 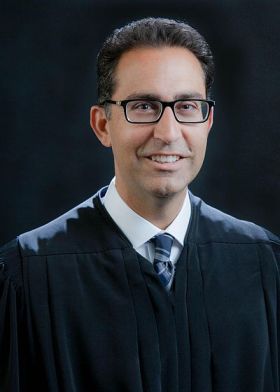 Plaintiffs’ attorney Robin Greenwald of Weitz & Luxenberg, one of three co-lead counsel, said she is “extremely happy that (the plaintiffs) are going to be able to present their case.”

“I’m very thankful that the judge is letting us do that. This is very important for our clients,” she said.

Plaintiffs’ attorney Brent Wisner of Baum Hedlund said, “Many of our clients are actively suffering from cancer so we are going to aggressively pursue their claims in the (federal litigation) and in state court.”

Greenwald said she’s confident that her clients will win once they are able to present specific evidence that glyphosate caused their NHL. “I think that we will prevail in these cases,” she said.

What happens next is unclear, said Greenwald, who was loath to speculate about the next steps, which are up to the judge. There will be more motions, more discovery and more discussions between the lawyers and the judge to determine the best way to handle the more than 450 individual complaints consolidated before Chhabria.

In his opinion, Chabbria said the conclusion of the International Agency for Research on Cancer – an arm of the World Health Organization – in 2015 that glyphosate probably causes cancer in humans did not provide enough evidence for the case to get to the next phase.

“Throughout much of this case, the plaintiffs seem to have operated under the assumption that they can clear the general causation hurdle simply by showing that IARC’s decision to designate glyphosate a probable human carcinogen is scientifically sound,” he said.

But IARC’s inquiry was conducted “at a higher level of generality than what the court must do here,” Chhabria said. “Here, although there is no need to specify precisely the circumstances under which each plaintiff was exposed to glyphosate, only evidence supporting the conclusion that glyphosate causes NHL in doses within the realistic realm of actual human exposure can get the plaintiffs past summary judgment.”

Chhabria did not exclude any of Monsanto’s experts, who he said “reasonably consider” the most recent Agricultural Health Study publication showing no association between glyphosate and NHL, “to be the most powerful evidence regarding the relationship.”

The decision came out a day after a trial began in California state court involving a former landscaper who alleges exposure to glyphosate caused his NHL. Thousands of people have sued Monsanto in state court.

Glyphosate is the active ingredient in Monsanto's Roundup, the most widely used weedkiller in the world.