Broadband is the linchpin in farm productivity of the future

New technologies allow people in even the most remote areas to do business on a global scale and enjoy high quality healthcare, but only if they have broadband connectivity. That was the underlying theme as the House Energy and Commerce Subcommittee on Communications and Technology met Tuesday to discuss challenges and solutions in extending broadband technology to underserved and unserved areas.

“I’m proud to report the members of this subcommittee have worked together and have accomplished a lot to expand broadband access in rural America. As part of the omnibus spending bill, Congress passed RAY BAUM’S Act in March – the most significant rural broadband legislation to become law in the last six years,” said Blackburn. The bill, named after the late Ray Baum, who served as the Energy and Commerce Committee staff director, reauthorizes the Federal Communications Commission (FCC) for the first time in 28 years and includes reforms aimed at improving agency efficiency and transparency. It also provides $600 million for a rural broadband pilot program managed by USDA's Rural Utilities Service.

But Rep. Peter Welch, D-Vt., cautioned that it was too early to celebrate those achievements, “because (rural broadband) kind of stinks in a lot of areas.”

According to the FCC, approximately 31 percent of rural Americans still do not have fixed broadband access, compared to about 2 percent in urban areas. That's despite $1.6 trillion invested in networks since the passage of the 1996 Telecommunications Act.

John May, president of ag solutions and chief information officer for Deere & Co., told the committee it would be difficult to measure the importance of rural broadband in the rural farming community. 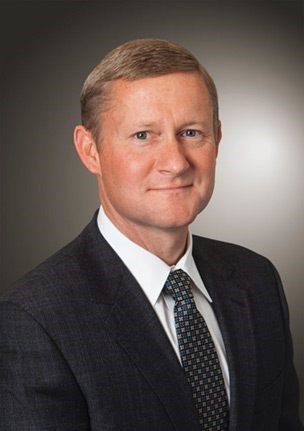 “We know, for example, the rate of successful connections between our John Deere customers and our data management platforms. That tells us that there are missed opportunities for producers to fully leverage the benefits of their data,” May testified. “But we don’t know the extent of successful connections experienced by producers using other platforms. And we don’t know about connections that are never made because the producer, knowing he has poor coverage, never invests in the technologies and solutions that could improve his productivity.

"Without a better understanding of the problem, we can't begin to design the right solutions," he noted in his opening statement.

Rep. Bob Latta, R-Ohio, introduced legislation which aims to remedy problems specific to high-tech farming and ranching. The Precision Agriculture Connectivity Act, H.R. 4881, would form a task force to aid FCC broadband efforts in meeting the connectivity and technology needs of precision agriculture in the U.S.

May said he was "hopeful" the legislation will be enacted this year, either as part of the farm bill or on its own.

The panel also heard from Jenni Word, the chief nursing officer at Wallowa Memorial Hospital Enterprise in Oregon, who testified about the importance of telehealth services in rural areas. Her 25 - bed critical access hospital, she said in a prepared statement, provides a wide array of services “but not all that members of our community need. Increasingly, telehealth technology has enabled us to fill this gap.”

She told the story of a baby born at her hospital during a January snowstorm with assistance of a primary physician. The child soon was struggling to breathe, and oxygen levels were below normal but weather conditions were preventing the transfer of the baby to a neonatal intensive care unit 150 miles away.

“The solution,” she said: “We were able to use a telemedicine robot to allow the neonatologist to assess the newborn throughout the next week. From more than 150 miles away, he was able to listen to the baby’s heart, lungs and belly. He could see the baby’s color, hear its breathing and talk with the parents.” And the results: The baby was discharged a week later.

“Telemedicine made possible a high-quality outcome for this family,” she said.