Will oats make a comeback?

As an aging American population struggles to maintain and lower cholesterol levels and U.S. farmers work to maintain or improve soil health, there is one small grain that’s caught the attention of scientists, farmers, and consumers. Not only do oats have what some call a “healthy halo”— naturally gluten free and high in beta-glucan, a soluble fiber linked to lowering both cholesterol and triglycerides in humans — the crop also offers farmers a way to increase their corn and soybean yields.

While the direct economics of growing oats don't put them high on the list of crops farmers in the Corn Belt want to plant, oats have other benefits that some farmers are starting to appreciate.

“There is a place for oats in the rotation for weed control and pest control,” says Melanie Caffe-Treml, head of the oat-breeding program at South Dakota State University. “There is starting to be more interest in growing oats because oats are beneficial to soil health. The root system is good for soil structure.” 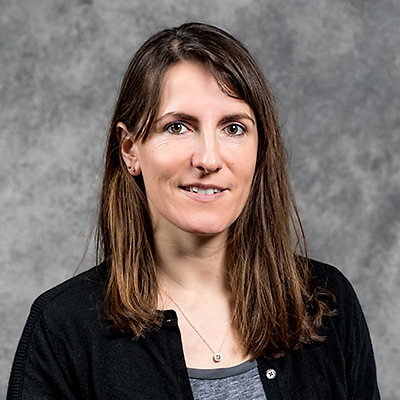 Putting oats into a rotation can increase soybean yields by 20 percent and corn yields by 5 percent, says Alisa Bower, strategic initiatives manager for the Practical Farmers of Iowa.

“We are working on getting supply chains ready to accept small grains,” says Bower. Her organization recently acquired a grant from USDA’s Natural Resources Conservation Service to help determine the role small grains, including oats, can play in animal feed by working with suppliers of Danone, McDonald’s, and Smithfield Foods.

Oat breeders like Caffe-Treml are also trying to develop oats that can bring a higher price through heftier test weights and improved yields. An oat yield of 130 bushels per acre is possible today in parts of Minnesota and the Dakotas, she said.

Tom Rabaey, research agronomist with General Mills and leader of the company’s Agricultural Research Team, notes that demand for food-grade oats has been increasing slightly each year, while demand for feed-grade oats has been declining for decades. He also notes that high-quality milling oats can be sourced in both Canada and the United States, with the remainder of oat supplies going to export, animal feed and cover-crop seedings.

According to USDA’s latest acreage report, U.S. farmers planted 2.9 million acres of oats this year—nowhere near the peak in 1955 near 47.5 million acres, but up from the all-time low of 2.4 million acres in 2011. Between 1960 and 1964, the United States was the largest producer of oats in the world.

Today, Canada is the world’s largest exporter of oats — primarily to the United States — and oat acreage there has been relatively stable since 2010, but yields are improving, says Shawna Mathieson, executive director of Canada’s Prairie Oat Growers Association. “We are seeing increases in oat demand of 2 to 3 percent per year in North America,” Mathieson notes. High yields are particularly important since oats have a lower marketed value per ton than many crops.

For years, the breakfast cereal industry struggled to get a quick, accurate test to measure the composition of oats, including beta-glucan. To solve that problem, General Mills and Grain Millers funded a $140,000 proposal of SDSU Food Science Professor Padu Krishnan to develop a near-infrared spectrometer (NIRS) calibration to quantify beta-glucan in oat samples. “Today I put the grain in the machine, press a button, and I have all the information on composition that you need,” says Krishnan.

Krishnan’s work was so successful, that he recently received a $450,000 grant from the National Institute of Food and Agriculture to improve the quality of U.S. grown oats and develop new food products made from the grain.

Innovative products for both the feed and food industries will be instrumental in driving future U.S. oat production. Two promising products are oat beverages and Asian-style noodles. According to Innova Market Insights, the plant-based beverage industry is projected to grow to more than $16 billion this year, and oat “milk” is the up-and-coming star of the category.

Demand for oat products has been soaring in Asia. China’s oat imports — primarily from Australia — have grown from 9,000 metric tons in 2006 to about 500,000 tons last year, according to Mathieson. Krishnan is now using oat flour to develop an Asian-style noodle, and oats are being used currently as a rice substitute in some parts of Asia.

“Is there a huge growing demand from the food industry for oats? No. But we are seeing more and more demand for healthy grains in the diet — granola bars, cereal bars, oat drinks,” says Bruce Roskens, director of crop sciences for Minneapolis-based Grain Millers. Roskens’ firm is also seeing more interest from younger, organic farmers in growing oats, not only due to the grain’s nutritional profile but also because of its sustainability. For example, it takes 290 gallons of water to produce one pound of oats, whereas it takes 1,929 gallons to produce one pound of almonds.

“In the end, the market will drive demand, and that will determine whether oats make a comeback in the United States,” says General Mills’ Rabaey.