Steed sees “a paradigm shift in how these markets work” at a time when, after decades of constant increases and world consumption of sugar, its use may be declining as many food and drink makers worldwide reduce and avoid sugar.

Historically, big food companies demanded high-quality sugar but didn’t want to pay for its actual cost of production, he said. Now, dependable delivery and a reputation with consumers for having top-end products is of increased importance, he said, and so is “existential risk,” such as avoiding child labor in the Mars supply chain because it may offend customers.

Roney said the food industry’s increased emphasis on high production standards, quality and secure sourcing works to American producers’ advantage because they are already well known for those attributes. He noted that Mars and other major food manufacturers recently formed the Sustainable Food Policy Alliance, focused on improving public policies on food, diet and health. 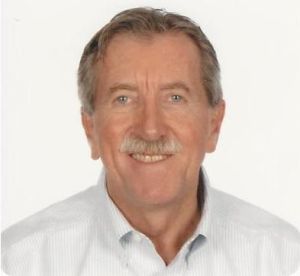 That move, he said, is meant to counter one of the side effects of the increasing market globalization in recent decades, which Roney called “a race to the bottom.” Big food companies have been “chasing production of our products to countries with the lowest possible standards . . . to source as cheaply as possible.”

But now, he said, “the investment that (sugar) buyers are making in developing countries . . . in trying to bring up those standards is very encouraging, is very noble, and it is costly.” In doing so, the buyers are “responding to consumer demands,” he said.

“Now it’s different,” Steed agreed. “I think we’re very serious about sustainability, and the costs are what the costs are.”

Steed also said the so-called suspension agreement, which was negotiated three years ago and limits tonnage of Mexican sugar exports to the U.S., “has stabilized prices at a higher level” in the U.S. That stability is welcome after a very volatile five years for sugar prices during which the futures market price for U.S. domestic sugar, for example, ranged from “over 42 cents a pound to less than 19 cents.” Those years “didn’t serve anybody too well,” he said.

With world prices expected to remain low and with U.S. domestic prices more predictable, Steed said, “I’m not that worried about price. I’m more worried about availability,” and especially about “security of supply. To put it bluntly, I think Mars is willing to invest around sustainability.”