Court pushes Europe toward the strict side of gene editing arena

To the dismay of many scientists and applause of anti-GMO folks, the European Union’s highest court last month jumped into the developing global regulatory oversight of new gene editing (GE) techniques, planting Europe in the strict rules corner of that arena.

The EU Court of Justice ruled that gene editing, which entails adding or deleting genes in any organism without (as transgenic changes have done since the 1990s) inserting genes from other species, cannot be simply categorized with such mutations, called mutagenesis, that have occurred naturally since the start of life on Earth (or have been driven by irradiation in the lab). Rather, the court interpreted the 2001 EU directive on biotechnology oversight as making GE generally subject to the EU’s general GMO directive, which broadly requires the policing of genetic modifications by plant and animal scientists.

“That ruling in Europe was . . . very disappointing. It’s going to be a real inhibitor to innovation in Europe,” says Mitch Abrahamsen, executive vice president of Recombinetics, a multinational animal and biogenetics genetics company. He thinks it puts biotech developers there “in a really bad spot.”

The EU action was hatched when a French farmers’ “peasant confederation and trade union” called Confédération Paysanne, along with Friends of the Earth-France and other French farm and consumer advocates and GMO opponents, challenged that country’s determination to generally exempt GE traits from the complex approval path mandated for transgenic crop and animal traits. They pursued their challenge to French courts, then appealed to the EU court.

“The question was, if you use a tool such as gene editing . . . would that (as with natural mutations) also be exempt?” said Bernice Slutsky, senior vice president of the American Seed Trade Association. “And basically, the court said no. So no matter what the application . . . it would fall under the current GM regulations.”

Mute Schimpf, representing Friends of the Earth Europe, which joined the challenge at the EU level in Brussels, told Agri-Pulse she thinks the ruling puts the brakes on “the biotech industry (arguments) that GMO foods and crops should not go through existing EU safety and labeling laws.” While the ruling focuses on the appellants’ fears about the risks of herbicide-tolerant crops, she said it also applies broadly across the EU’s 2001 law, to “genetic engineering techniques (related to) all organisms – plants and animals.”

On the other hand, Slutsky makes these points:

The response by many European plant and animal scientists has been sharply negative, and heated comments quickly poured in, for example, to the London-based Science Media Center.

There, Penny Maplestone, chief executive of the British Society of Plant Breeders, complained: “Other parts of the world have already given a green light to (GE) plant breeding innovation . . . and are forging ahead. It is a deep disappointment to see Europe closing the door to plant breeding innovation . . . (and) the potential of . . . crop varieties with better disease resistance, enhanced nutrition, higher yields and resilience to extreme weather events.” 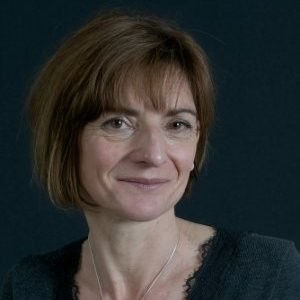 Some have complained about increased confusion that may result within the EU because, while pulling GE and new mutagenic events into the GMO tent, on the other hand, the court declared, “Member States are thus free to legislate in this area in compliance with EU law.”

Thus, the agricultural minister of Germany, where consumer opposition to GMOs is broad and fervent, pointed to other nations pressing ahead with GE and carped about the “patchwork of regulations, which the European Commission now has to combine."

Breeders also call illogical the EU court’s view of spontaneous, random mutations in nature (or ones forced by irradiation) as safe and acceptable while declaring gene editing – wherein a scientist directs a specific, desirable mutation – as more risky and needing oversight.

Abrahamsen, of Recombinetics, says: “Random mutations that occur naturally or are generated through mutagenesis clearly have a lot more opportunity to cause problems than does . . . gene editing.”

The court, however, said GE is still new and sided with anti-GMO appellants who are afraid that the novel lab processes may pose risks similar to those some see in transgenics. The ruling points to the ease and speed of GE mutations and a possible tsunami of plant and animal genetic changes anticipated from this emerging laboratory magic. “Those new techniques make it possible to produce genetically modified varieties at a rate out of all proportion to those resulting from the application of conventional methods of mutagenesis,” the court said.

Dana Perls, food and agriculture policy expert for Friends of the Earth in Berkeley, Calif., trumpets that position. Studies of GE lab processes show they often “do not have precise outcomes,” she says. That means, “it’s risky, not well understood, and might result in an infinite number of unforeseen consequences that are unsafe for people and the environment. So rushing them into an ecosystem could have grave consequences. We deserve to eat safe food."

Thus, even though the European Union’s own advocate general had advised Europe earlier this year to free GE from the strict GMO law, the court erred on the side of caution in interpreting the EU law.

Meanwhile, the EU is but one player in the global biotech regulatory arena, where several advanced countries are trying to find their own path on GE oversight.

The U.S.'s northern neighbor, for example, doesn’t separately regulate gene editing techniques; instead, Canada requires plant and animal breeders to prove the environmental and health safety of any “novel trait.”

Canada’s rule is similar to what U.S. Secretary of Agriculture Sonny Perdue recently declared USDA will try to adopt for new GE strains of crops – separate from those emerging from transgenic modifications – and not unlike the approach the U.S. Food and Drug Administration has taken (focused on the product, not the breeder techniques) since 1992.

Also, the Japanese government just this month planted that country near the GE circle’s center, announcing a regulatory exemption for GE traits adopted through deletion of genes or otherwise not adding new genes to a genome (except temporarily in initiating a genetic modification), but requiring a full assessment under GMO regulations if any genes of whatever source were added.

Japanese authorities said they will also require reporting of GE traits and will continue to evaluate the new policy.

Slutsky said she has been in international meetings on crop genetics since the July ruling, “and it seems to me that countries aren’t changing their courses because of the EU court ruling.”

Abrahamsen notes, too, that Argentina and Brazil are putting gene edits “under a regulatory process, but they won’t be regulated because they’re gene edited; they’ll be regulated around the value and safety of the products . . . based on risk, not the fear of a process.”

A navigable GE regulatory path is critical to his company, which this month announced $34 million in new funding aimed at “research and development of our gene editing products for agriculture to improve food animal health and welfare, for biomedicine . . . our IP portfolio, expand our animal care facilities.” Included are its "oinkubators," which are swine mutations that let pigs grow human organs for people.

“We have programs right now in Europe looking at tuberculosis in cattle, which is a big issue . . . (and) foot and mouth disease in swine,” Abrahamsen said. “We are absolutely going after some very important health characteristics” in the company's European laboratories. He says some of Recombinetics’ emerging GE mutations for farm animals – such as hornless cattle and bloodless (genetically directed) castration of pigs – are aimed at providing the kind of humane treatment that Europeans insist upon.