As federal agents sweep farming operations across the country in search of unauthorized workers, are they targeting agriculture?

"ICE does not target any one industry and we do not have statistics broken down by industry,” HSI says. If farm operations have been contacted, the agency says, it’s part of ICE’s current nationwide program that included 6,093 worksite investigations from Oct. 1 to July 20 to assess compliance with immigration law, resulting in 1,659 arrests. In one sweep, across California’s Central Valley in February, more than 200 people were arrested.

With estimates that as many as 800,000 to 1 million foreign-born farmworkers may lack work authorization and be subject to arrest, the farm sector is feeling the ICE heat – and warning that what it perceives as a continuing crackdown could lead not only to costly consequences for agriculture but for the U.S. economy as a whole.

National Council of Farmer Cooperatives (NCFC) President and CEO Chuck Conner tells Agri-Pulse that the farm sector faces “greater and greater shortages of workers in this country to do the types of jobs that are being done by foreign-born workers.” Pointing to ICE’s recent arrests of unauthorized farmworkers in California, Nebraska, Ohio, New York and other states, Conner explains that “we know that there’s a lot of additional enforcement occurring out there that is impacting farmers and ranchers.”

Conner says a “very, very high percentage” of farmworkers are in the U.S. without the proper authorization, and believes that due to the well-publicized ICE arrests, farmworkers “are more fearful than ever of possible actions." He says  “the enforcement issue is definitely having an effect right now on our farms and ranches.”

The worker shortage is nationwide, Conner says, impacting “all aspects of agriculture in every state in the country.” He calls for urgent action to include “some type of work authorization for the literally tens of thousands of workers who are already on our farms and ranches. . . . We need to retain these workers through some kind of a legal process.”

One sign of progress, Conner says, is that after his years of making the farmworker case, members of Congress increasingly “acknowledge that foreign-born workers are absolutely necessary to our food production system in the United States.”

The AWC warned in a March 2017 letter to President Trump that “the economic health of food and fiber producers,  and the rural communities in which they live, is threatened by the lack of a reliable, stable and legal workforce.” 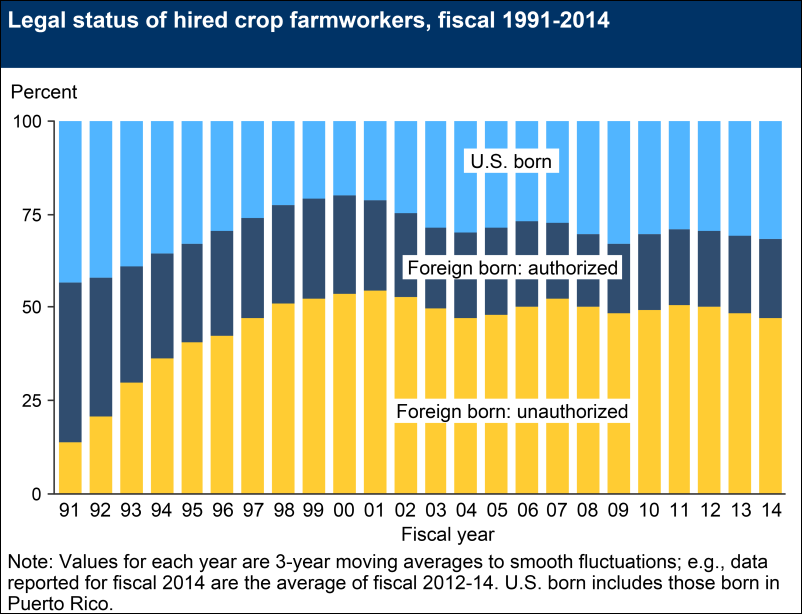 Citing studies by the American Farm Bureau Federation and others, AWC warns that with today’s increasing shortage of foreign-born farmworkers, “an enforcement-only approach to immigration that causes agriculture to lose access to its workforce would result in agricultural output falling by $30 to $60 billion.” In the case of the dairy industry, which like fruit and vegetable production relies heavily on undocumented workers, a 2015 Texas A&M report concludes that “eliminating immigrant labor on dairy farms would reduce U.S. economic output by $32.1 billion and reduce employment by 208,208 jobs.”

The AWC insists that although it strongly supports both border security and the federal E-Verify concept of requiring employers to only hire legal workers, “Imposing mandatory E-verify without fixing our country’s broken immigration system will sound the death knell for thousands of farming operations across the country.”

AWC’s answer is for Congress to pass immigration reform that includes what the House considered and then rejected this past June: “a farm guest-worker visa program” that authorizes not only the seasonal workers that field and tree crops need but also the year-round workers essential for the dairy, livestock and mushroom industries. Without access to enough legal farmworkers, AWC warns, U.S. agricultural production will drop, imports will increase, and the U.S. will lose the multiple downstream jobs from farm equipment to food processing that are created by every on-farm job.

Earlier this summer, Mulhern pointed out new rules are urgently needed as “dairy farmers have largely not been able to utilize the H-2A visa program because the current version restricts the visas only to the temporary and seasonal labor needs of agricultural employers.

“The H-2A program simply isn’t an option for a commodity that harvests its product multiple times a day, every day,” he said. “It is critical that the government creates a system that provides secure, legal employment.”

As concerns mount about his agency arresting unauthorized farmworkers, HSI Acting Executive Associate Director Derek Benner said “employers need to understand that the integrity of their employment records is just as important to the federal government as the integrity of their tax files and banking records.”

Benner says “All industries, regardless of size, location and type are expected to comply with the law. Worksite enforcement protects jobs for U.S. citizens and others who are lawfully employed, eliminates unfair competitive advantages for companies that hire an illegal workforce, and strengthens public safety and national security.” 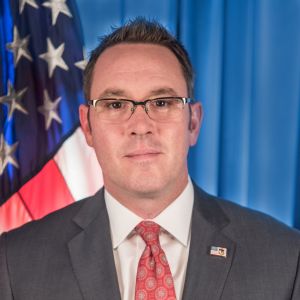 NMPF Senior Vice President Jaime Castaneda tells Agri-Pulse that the wrangling over the Deferred Action Childhood Arrival (DACA) program and other immigration issues in Congress “shows how difficult this issue has become.” He sees the answer is having Congress recognize the reality that “immigrant workers feed America, a reality that many refuse to acknowledge.”

Castaneda says that despite dairy farms paying workers well for stable full-time, year-round jobs, NMPF members “have job vacancies they cannot fill and that limits their ability to grow their farm operations.” He warns that because Congress has repeatedly failed to pass needed immigration reforms, “The economic cost today is limited ability to grow your operation and the downstream effects that has on fewer input purchases, higher farm operating costs, and ultimately it will shift our milk production capability from the U.S. to imports. Not having a reliable workforce will make food products in the United States more expensive.”