The average farmer probably won’t notice anytime soon that the 2014 farm bill has expired, but producers who try to sign up for some conservation programs could be turned away, and some commodity groups will have to go without some trade promotion funding on which they have counted.

The 2014 law expired on Sunday and it is likely to be December, when the 115th Congress gets ready to shut down, before lawmakers pass a new farm bill or pass an extension of the expired law.

“Even with the expiration of the farm bill, farmers will still have the protection of the traditional farm safety net, because most commodity programs are tied to the crop year, not the federal fiscal year,” said Agriculture Secretary Sonny Perdue.

Payments under the main commodity programs - Price Loss Coverage and Agriculture Risk Coverage - are linked to the marketing year for each commodity. The 2018-19 marketing year, the last year covered under the 2014 farm bill, runs through next May for wheat, July for cotton, and August for corn and soybeans.

The four lead farm bill negotiators, the chairmen and ranking Democrats on the House and Senate agriculture committees, say they plan to continue working on an agreement, but they remain divided on a number of issues.

The earliest Congress could consider a deal is after the mid-term election in November, since the House will not be in session until then. But a Republican on the House-Senate conference committee that must approve the final legislation, Iowa Sen. Joni Ernst, told Agri-Pulse on Tuesday she doubted there would be a deal. That means Congress will have to pass an extension of the law by the end of the year to prevent a 1949 law from kicking in that would force USDA to raise some milk prices after dairy’s Margin Protection Program expires Dec. 31.

“I think in the lame duck we will be able to at least … work on an extension,” she said. 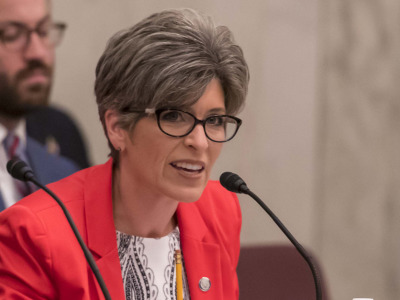 Crop insurance isn’t affected at all by the expiration of the farm bill, because the program is permanently authorized.

Also, a provision in the budget agreement that Congress passed in February extended the funding authorization for a major conservation program, the Environmental Quality Incentives Program, through fiscal 2019, which started Monday. Legal authority for EQIP’s $450,000 payment limit and means test both expired with the farm bill, but USDA officials say they will continue enforcing both restrictions.

“EQIP is pretty much on autopilot for the next year,” said Don Parrish, a senior director for regulatory relations with the American Farm Bureau Federation.

Officials say the Natural Resources Conservation Service also has carryover funds on hand to continue entering into new agreements for the Agricultural Conservation Easement Program, through which USDA can buy the rights to wetlands or subsidize the cost of easements on crop or grazing lands.

Enrollment in two other major programs, however, will be suspended: the Conservation Reserve Program and Conservation Stewardship Program. As of Monday, state offices are no longer accepting applications for either.

Ryan Stockwell, a Wisconsin farmer who is director of sustainable agriculture for the National Wildlife Federation, said he will have to delay applying for CSP because of the farm bill’s expiration. “This affects my financial outlook for the upcoming year and I will likely have to delay making changes to improve my farm’s performance.”

Also out of money are 39 small programs whose funding ended on Sunday with the expiration of the 2014 bill. They include three trade promotion programs, including the Foreign Market Development Program that subsidizes the cost of overseas office space and staff for commodity groups, and the Technical Assistance for Specialty Crops program, which assists organizations representing fruit, vegetable and nut growers in challenging trade barriers in foreign markets.

However, the impact of the farm bill expiration will vary.

The Foreign Agricultural Service, which administers trade promotion programs, can continue dispensing fiscal 2018 funds for FMD through October, even though the budget year ended Sunday. But the agency has no authority now to award FY19 funding from FMD, TASC or a third program, the Market Access Program, according to USDA officials.

In a statement, the department said it routinely works with commodity groups “for 18 months prior to farm bill expiration to ensure they are aware of how to utilize carryover funding or the need to self-finance their offices during a funding gap.” The statement also says that the groups will be reimbursed if Congress retroactively reauthorizes FY19 funding for the two programs.

Scott Shearer, who represents the Agribusiness Coalition for FMD, a collection of groups that use FMD funding, said that "if Congress is not able to pass a farm bill this year, then it needs to be resolved in an extension to continue the funding."

USDA’s trade assistance package for producers hurt by the Trump administration’s trade wars calls for providing $200 million toward trade promotion initiatives. However, it isn’t clear yet what commodities will benefit, and Shearer said the money won’t replace the FMD funding because groups won’t be allowed to use the money for office and staff costs.