US agriculture slogging its way out of 2018's phenomenal soakers

Although this year’s U.S. climate story is peppered with wildfires in California, Oregon, Idaho and elsewhere in the West, American agriculture’s most recent 2018 weather disasters have come in an onslaught of rain storms, flooding and hurricanes.

The worst natural disasters for agriculture descended in this fall’s two monstrous hurricanes: September’s Hurricane Florence, which hit the coast of the Carolinas, and October’s Hurricane Michael, which roared into the largely agricultural region where Alabama, Georgia and Florida meet along the Gulf of Mexico.

But officials at USDA have been in high disaster-emergency response gear since last spring, said Jimmy Bramblett, deputy chief for programs at the Natural Resources Conservation Service, USDA’s lead agency for responding to weather damages.

The watery disasters started early this year, he said, after a phenomenal buildup of snow in the northern Rocky Mountains, followed by a hot spring and fast melt that sent the Clark Fork, Milk, and other Montana rivers far over their banks in April and May.

Lately, NRCS has been focused on relief in the hurricane-ravaged areas of the Southeast, Bramblett said, but he ticks off other disasters where farmers need aid and help with recovery.

About 6 million acres were flooded in Montana, he reports. Further, in early September, some areas of southern Wisconsin were swamped with more than 20 inches of rain in a single day, flooding cities, farms and crops. “Five flood-retention dams (built with NRCS funding in past decades) failed, and seven more were damaged,” he said.

“Now Texas has cropped up” on the NRCS radar screen as well, Bramblett said. Through early October, repeated heavy downpours across most of eastern and central Texas sent several rivers over their banks and left a broad swath of the Lone Star State under water. By Oct. 19, Gov. Greg Abbott had declared natural disasters in 54 counties.

While flooding inundated some fields and damaged crops in Texas, most of the continuing harm to agriculture there has been harvest delays.

“In the central part of our state we had wrapped up harvest in August,” said David Gibson, executive director of the Texas Corn Producers. On Monday, in fact, USDA reported the Texas corn harvest 91 percent completed overall, near the usual pace. Gibson said that most other field crops have now been harvested across central and southern Texas as well, despite the October downpours. 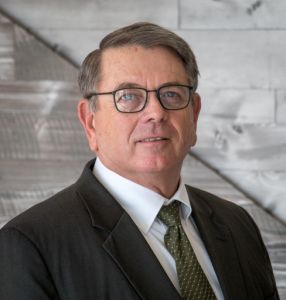 But two-thirds of Texas corn is raised on less than a million irrigated acres on the state’s northern High Plains. That crop matures there later than in the rest of the state, Gibson said, and harvest is usually in October. But persistent rains since late September have prevented harvest, and farmers there “are now just 60-65 percent finished with harvest,” he said Monday.

Meanwhile, he reports, continued rain and swamped fields in eastern Texas – very unusual for this time of year – have “put wheat growers in some pretty tough straits in getting their winter wheat crop seeded for 2019.”

In all states, farmers who’ve lost crops, livestock, trees, farmstead buildings and equipment to severe weather have access to disaster aid from several sources. That includes help from state coffers: The North Carolina Legislature quickly released $400 million for broad Florence recovery work in September, and it will meet late this month to act on an additional $250 million aid request.

Principal USDA assistance comes through the Emergency Watershed Protection (EWP) program and the Environmental Quality Incentives Program, both administered by NRCS, and the Emergency Conservation Program (EQIP) run by the Farm Service Agency.

With EWP, NRCS will pay 75 to 90 percent of costs of restoring water control structures, clearing blockages in waterways, and repairing other damaged infrastructure. In North Carolina, it’s using EWP funds to remove hog barns and lagoons from floodplains, and to buy permanent conservation easements on such sites where landowners want to phase out or relocate such facilities.

What’s more, Bramblett said, his agency can use EQIP quickly as “an extremely flexible program,” to relieve farmers in times of disaster. EQIP applications usually take many months in processing and funding, “but in a disaster like (recent hurricanes), we waive all of that policy for the state conservationists so they can be as responsive as they need to be.” For example, he said, herds or flocks of farm animals killed in a flood “may be in creeks, for example, and become a health hazard. We can help the landowner quickly dispose of those animals (carcasses).”

In any case, farmers with natural disaster losses can contact a local USDA office, and can scope out eligibility for disaster programs online at USDA’s Disaster Resource Center or at its new “Recover” pages on the new Farmers.gov internet platform.

Worth noting, too, is that farmers have trended toward insuring more of their crops and at higher levels of coverage. In the five states hit by Florence and Michael, the insured level of all crops totaled $7.2 billion this year, up from $4.25 billion in 2000, according to USDA Risk Management Agency data. That’s owing in large part to availability of “revenue protection” types of policies, which ensure crop yield and market price together.

Meanwhile, here is a state-by-state tally of agricultural damages by Hurricanes Michael and Florence:

In Alabama, “one of our key agricultural regions was hit hard,” said Paul Brown, the Alabama Cooperative Extension storm response leader. “For cotton, we were right in the midst of harvest,” he said, and a lot of acreage “had been defoliated in preparation for harvest,” and the wind and rain “washed the lint out of the bolls and onto the ground.” 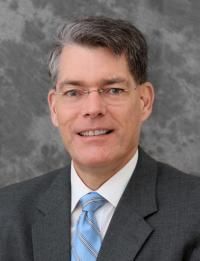 Agricultural losses were primarily in four counties -- Geneva, Henry, Houston, and Mobile – near the coast, for which President Trump declared a major hurricane disaster this week. Extension specialists’ estimate: “Direct agricultural losses total $204 million alone,” said Brown, but the total reaches about $307 million “when you consider associated impacts on agricultural suppliers and the absence of household spending (in affected communities).” Crop losses started with $163 million in cotton, $53 million in timber and pine straw, and $36 million in livestock loss.

In Florida, University of Florida analysts reported, total crop and livestock production losses from Hurricane Michael come to $158 million. They projected initial farm losses for 2018-2019 sales across 25 counties and estimated nearly a million acres of damaged crops, including cotton, nuts and vegetables, plus sales losses for beef, dairy and in other livestock operations. The estimates didn’t include long-term impacts.

In Georgia, the state Department of Agriculture estimates farm damages as high as $2.8 billion, led by up to $600 million in cotton – versus a 2017 cotton crop value estimated at nearly $800 million. Other major agricultural losses: $374 million in damaged timber trees and forestland; $480 million in losses of high-yielding vegetables (sweet corn, cucumbers, squash, peppers, tomatoes and peas). Georgia pecan farmers may have lost $560 million in long-term value of their orchards. Also, Georgia’s poultry industry suffered the loss of 97 chicken houses and more than 2 million chickens.

In North Carolina, the state’s Office of State Budget and Management last week upped its earlier $13 billion estimate of overall Florence damages to $17 billion in both public facilities and private property damages.

“For agriculture, $1.2 billion is what we’re saying . . . strictly in crops and livestock losses,” said North Carolina Farm Bureau President Larry Wooten. But for total farm damages, he says, “way in excess of $2 billion” in damages,” and it exceeds the combined damages in eastern North Carolina from both Hurricanes Floyd of 1999 and Matthew of 2016.

“Half of our tobacco crop was still in the field” when the hurricane hit, and “the tobacco is all, basically, gone” in the southeast coastal area of the state hit by Florence. “The salt spray came in with the hurricane,” he said, and “in two days all of the tobacco turned black and fell on the ground. So there was very little of it harvested.”

About 60 percent, by value, of the state’s crops comes from about a dozen coastal region counties, and harvest of the other major crops there had only just begun, or hadn’t even started. The cotton crop, though, “probably turned out a little better than we had anticipated,” suffering perhaps a 40 percent loss in the storm area,” Wooten reported.

He said the sweet potato harvest, too, turned out apparently better than feared when so many fields were under water in September. Plus, he says, farmers are getting a higher price for sweet potatoes because Florence damages reduced this fall’s national supply.

In South Carolina, the types of hurricane damage were similar to those in North Carolina. Troubles were mainly from flooding of roads, homes, businesses and farms, and the flooding impacted similar crops, along with some hog and poultry barns. But the flood engulfed a smaller region in the state’s coastal northeast corner, abutting the adjoining state.

South Carolina Gov. Henry McMaster initially requested $1.2 billion in federal aid for recovery from Florence. That request, sent to the state’s congressional delegation, included $125 million from USDA for recovery and repair of waterways and other public facilities. Separately, farmers have been able to apply for USDA aid programs since Trump declared disaster areas in that state.