The Trump administration and Ag Secretary Sonny Perdue say addressing the massive problem of food waste is a top priority.

But government can’t tackle the challenge on its own.

The need for partners is in the spotlight now that the administration's tariff wars cut forecasts for U.S. ag exports sharply. To boost sagging commodity prices and reduce surpluses, the administration will purchase and then donate at least $1.2 billion worth of commodities including pork, potatoes, apples and dairy products over the next 18 months. That’s a major bonus both for U.S. farmers and for the national network of non-profit regional food banks and local food pantries that will distribute the commodities.

Showing how much the federal response depends on support from outside groups, the non-profit Feeding America is preparing to deliver the surge of federal food donations via its 200 food bank warehouses across the country that supply 60,000 food pantries and meal programs. But Feeding America warns that stepping up deliveries will increase its costs. So Ag Secretary Perdue promised that USDA will help the food banks cover “the additional costs they may incur in distributing" donations.

Carrie Calvert, Feeding America’s managing director of government relations, tells Agri-Pulse the need to turn food waste into food rescue is urgent because “in the U.S., one in eight Americans struggle with hunger and one in six children in this country are food insecure. That means that millions of families and individuals in the U.S. lack regular access to the nutritious meals they need.”

Food insecurity even affects highly productive agricultural areas like California’s Central Valley. There, family-owned Woolf Farming in Huron recognized the problem back in 2009 when it began donating food to the local community.

Woolf Farming Resource Manager Daniel Hartwig tells Agri-Pulse that “in a typical year, we’re providing 300,000 to 400,000 pounds of food” from 15 acres dedicated to food donation. All this production goes to the Central California Food Bank in Fresno, one of Feeding America’s 200 member food banks.

Woolf Farming’s donations are part of the Fresno food bank’s record of serving 280,000 people per month via food distributions, meal programs, and school sites. Annually, that adds up to delivering 38 million pounds of food worth over $59 million, thanks to the help provided by nearly 6,000 volunteers.

Hartwig explains “in the summer we have a lot of watermelons, cantaloupes, corn, peppers, and in the winter, we’ll do broccoli, cauliflower, lettuce, things like that.” He says initially the farm distributed its donations itself but “logistically, that became complicated, so we partnered with the community food bank, specifically because of their knowledge on how to distribute that food.”

One advantage, Hartwig says, is if the Fresno food bank is overflowing with peppers, “they’re able to trade with maybe somebody down in Bakersfield that has lettuce, so we’re part of a program that’s helping out the entire Central Valley . . . so people can get more balance in their diet, with types of food they might not have access to otherwise.”

One obstacle preventing more growers from donating to food banks, Hartwig says, is cost. But he’s hopeful that others will follow Woolf Farming’s lead by keeping costs down thanks to “our local labor contractor” lowering labor costs and “some of our seed vendors” donating transplants and seed. 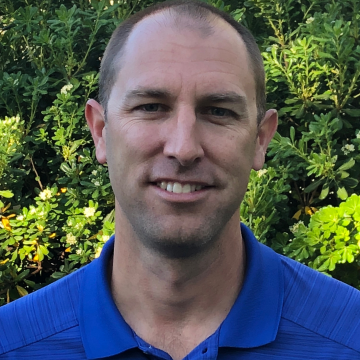 Hartwig is also hopeful that the final 2018 farm bill will include proposed new liability protections because “when you’re trying to do the right thing, trying to help folks out, anything that would help on liability would encourage other growers to participate in donation programs.”

Jaclyn Pack, the Food Acquisition Manager for the Central California Food Bank who coordinates donations from Woolf Farming and other sources, tells us that she’s eager for more donations – and that with newly installed warehousing, the food bank is well equipped to handle more.

“The donors I talk to will tell me that other places will take maybe one pallet or two at the most, but I can take truckloads at a time,” she said. “We have a great support system in California, along with the Feeding America network, that allows us to take any product and keep it from going to waste. We’re not the church on the corner that hands out on weekends, we’re the bank, ready to take whatever food donations there are.”

Seeing opportunity in the problem, Calvert says, “each year over 70 billion pounds of food is lost between the farm and the kitchen table. The significant resources, energy and funds required to produce food are all lost when the food does not make it to our plates.

"Part of our mission as the largest food-rescue and domestic hunger-relief organization is to work with public, private and nonprofit organizations to build systems and policy to enable greater food rescue,” she added.

Calvert welcomes any additional food donations, but says those donations can come with challenges. Citing a 2016 report from ReFED: Rethink Food Waste, as well as a 2016 assessment of donation barriers from the Food Waste Alliance, she says “transportation costs, lack of awareness of liability protection, and lack of communication about food waste internally at the company” are factors preventing more companies from donating wasted food.

Noting that there are multiple ways to divert more food from waste streams to feeding the hungry, Calvert says that although current federal tax incentives help, more needs to be done because “it still can cost companies more to donate food than it can to dispose of the food in other ways.”

With legislation being pursued at both state and federal level, Calvert says, “We are encouraged that many states are providing funding to address the transportation barriers to additional food donation or are funding programs such as farm-to-food bank, which ensures that food is harvested and donated instead of staying in the field if there isn’t a buyer for it.”

Calvert also welcomes proposed federal legislation that may be included in the 2018 farm bill “to address certain parts of the issue, like liability protection for donors, or confusing date labels.” The proposed bills include the Food Donation Act sponsored by Sen. Orrin Hatch, R-Utah, and the Food Recovery Act sponsored by Sen. Richard Blumenthal, D-Conn.

“We are hopeful that Congress can reach agreement on a bill that protects access and funding for food assistance programs and provides certainty to growers and producers through farm support programs.”