State pesticide regulators gave EPA an earful on the agency’s new dicamba registration at a meeting this week in Virginia, telling an official involved with the development of new labels for the herbicide they’re still confused about some aspects of the requirements.

New formulations of the herbicide that are less volatile than previous versions of the product damaged millions of acres of soybeans and other plants in 2017 and 2018, resulting in lawsuits and criticism that EPA had not adequately reviewed data submitted by the registrants.

The companies, however, said they received few complaints this past season and their products have been highly effective at controlling Roundup-resistant weeds. On Oct. 31, EPA extended dicamba registrations for two years.

Dan Kenney, branch chief of the herbicides division in EPA’s Office of Pesticide Programs, received the brunt of the criticism at the State FIFRA Issues Research Group meeting at EPA’s OPP offices in Arlington, Va. FIFRA stands for the Federal Insecticide, Fungicide, and Rodenticide Act; SFIREG was formed by the Association of American Pesticide Control Officials (AAPCO), and EPA has substantial involvement with the group.

EPA had hoped to have the new labels out by the end of August in order to give growers adequate time to plan their seed purchases for 2019. Kenney said EPA continued to receive information into October, delaying the decision until Halloween. That left just nine days before EPA’s deadline for renewing the registrations and limited EPA’s ability to coordinate with state officials and other interested parties.

“We were not able to vet proposals with the states as we hoped we would,” Kenney said.

With regard to federal regulations, states are always in a “reactive posture,” said AAPCO President Tony Cofer, director of Alabama’s Pesticide Management and Professional Services division. With the new labels, “I think there was a possibility for some of that (label language) to be cleared up front instead of what we’re going to be doing now, which is having SFIREG form a workgroup” to try to clarify the label language.

“I think it’s unfortunate that we’re having to do it that way,” he said. “It would have been nicer if it had been a more up-front process.”

Some of the regulators said they would have to reconsider whether they want to spend so much time investigating dicamba complaints. 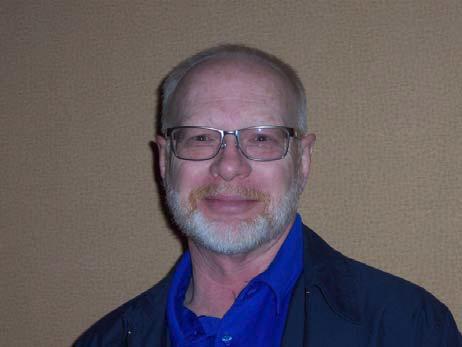 “We’re at a threshold where we have to decide whether we’re going to ignore dicamba or get back to regular enforcement,” said Tim Creger, program manager at the Nebraska Department of Agriculture.

He said state regulators’ lack of resources is affecting their credibility with growers, who are adopting an attitude of, “We’ll just do whatever we please because you guys can’t handle anything.”

Among the issues raised at the meeting: whether a 57-foot omnidirectional buffer around fields to protect federally endangered species in counties where dicamba is used applies to endangered plants and animals, or only plants.

“We’re concerned that the counties in our state … don’t have any plant species that are listed in the Endangered Species Act, - what they have instead are insects,” Creger said. “We’re trying to get our heads wrapped around telling applicators that you have to have a setback to protect an insect from a herbicide.”

“It was my impression that it was plant species they were focusing on” in writing the labels, Kenney said, but added that protection of plants also could extend protection to any other endangered species, such as insects, around the fields. The buffer, Kenney said, “was intended to protect plants and if the plant was unharmed, insects would be unharmed,” but he told the state officials he would have to check with others in the agency for clarification.

It takes “an enormous amount of time and broadband width” just to download one county bulletin, Creger said, adding that the site with the bulletins “doesn’t work with all web browsers.”

Smith echoed that sentiment, saying while where she is located, Austin, has good internet speeds, the rural areas of the state do not.

Another source of confusion was the difference in label language. The labels for Xtendimax and FeXapan (which has the same chemistry as Xtendimax) prohibit application “when the wind is blowing toward adjacent non-dicamba tolerant sensitive crops,” but the Engenia label says applicators must check “sensitive areas,” including residential areas, before spraying. “If wind direction shifts such that the wind is blowing toward neighboring sensitive crops or residential areas, STOP the application,” the Engenia label says.

State regulators told Kenney that based on conversations with agency officials, they thought the language would be “standardized.”

“Our goal was definitely to try to build consistency in those labels,” Kenney said, indicating a willingness to continue working with state officials. He said he regretted EPA was not able to coordinate more with the states as the Nov. 9 deadline to finalize the registrations approached. “We did want it to be clear,” he said.

Another issue worrisome to some states is EPA’s requirement that anyone mixing and loading – and not just applying – dicamba must be a federally certified applicator. At their recent annual meeting, representatives for the Agricultural Retailers Association said they were concerned training would have to begin immediately in order to satisfy the demand for those workers.

Citing FIFRA regulations, Kenney said mixers and loaders would have to be certified.

State officials also wanted to know whether they would be able to establish FIFRA 24(c) registrations to address local conditions. This past growing season, for example, a handful of states used 24(c) registrations to impose cutoff dates for dicamba use, but state regulators had heard this year of EPA plans to take a closer look at what are often called Special Local Needs registrations.

According to EPA guidance, the agency’s role “is to assure that each 24(c) registration meets the requirements of FIFRA since these registrations become federal registrations within 90 days unless EPA objects to them.” But Kenney told the regulators, “If you’re considering 24(c)’s, OPP is recommending very strongly that you come to us.”