EPA pledges to work with state pesticide officials on dicamba

The Environmental Protection Agency wants to work with state pesticide regulators on its review of dicamba herbicides as the registration deadline approaches for new formulations that have been the subject of thousands of drift damage complaints.

“We need to have certainty for our growers,” said Alexandra Dapolito Dunn, assistant administrator for EPA’s Office of Chemical Safety and Pollution Prevention, at the Association of American Pesticide Officials’ annual meeting in Alexandria, Va., this week. She called dicamba-tolerant seed and accompanying herbicides “a valuable tool for America’s farmers.”

But in a nod to the continuing issues with off-target drift from the new formulations, Dunn added, “We appreciate also some of the scientific questions that have persisted with dicamba use.”

On the all-important question of when EPA would make its decision, Dunn said, “We want to finish well before the Dec. 20 expiration date.” Rick Keigwin, head of EPA’s Office of Pesticide Programs, echoed that sentiment, saying the agency’s goal is to reach a decision in time for growers to make informed planting decisions for 2021.

Keigwin pledged to work with the state regulators “as well as academics, registrants, and others” as EPA evaluates how well growers in 2019 complied with new label restrictions placed on Bayer’s Xtendimax and BASF’s Engenia.

He said the agency has the benefit of field studies conducted last year by the registrants and is trying to determine whether off-target damage — reported mostly to soybeans — resulted from legal or illegal applications. 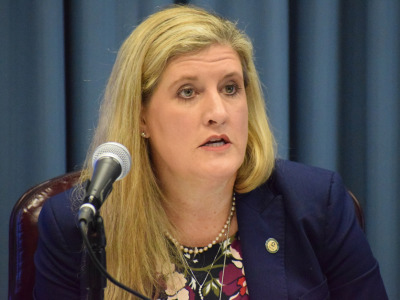 “We are meeting and talking,” incoming AAPCO President Leo Reed, of Indiana’s Office of the State Chemist, told Agri-Pulse. “They’re just now figuring out what studies, what information might be beneficial.”

“There’s only so much state agencies can give them,” Reed said. AAPCO can tell EPA about misuse complaints, but cannot provide any of its own studies, Reed said.

States such as Illinois, Indiana and Iowa have seen dicamba complaints increase over the last three years, straining their budgets for pesticide investigations. In Illinois, complaints exceeded 700 this past growing season, more than double 2018’s total.

“Chemical trespass is still occurring,” University of Tennessee weed scientist Tom Mueller said in his address to AAPCO. “And that’s not acceptable. That’s not going to fly.”

Mueller and colleague Larry Steckel reported last year they had determined that putting Roundup in tank mixtures with dicamba lowers the mixture’s pH, making it more likely to drift.

When applied with Roundup, he said, “the new formulations are not that different” from the older, more volatile dicamba products, Mueller said.

Bayer, which markets the Roundup Ready Xtend Crop System, said recently it “stands firmly behind” behind that system and Xtendimax. 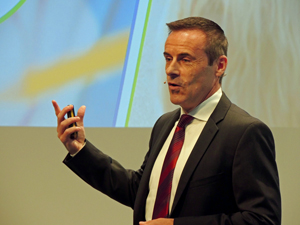 “These are valuable tools for growers who need effective options to increase yields and combat resistant weeds and do not pose any unreasonable risk of off-target movement when used according to label directions,” the company said in a press release responding to a $265 million jury verdict against it and BASF for dicamba damage to a Missouri peach farm.

Liam Condon, head of Bayer’s Crop Science division, recently told University of Illinois weed scientist Aaron Hager in an email exchange shared with reporters, that it was his understanding that the majority of complaints in Illinois had not been resolved.

“The introduction of auxin technologies in cotton and soybeans has provided an effective additional tool to combat weeds for farmers, but we do recognize it has also created a need for more grower and applicator trainings and support,” Condon said. He added, “We know that we need to actively engage weed scientists to ensure best practices.”

Hager had criticized Condon’s characterization of the significance of the decrease from season to season in the number of dicamba damage calls fielded by Bayer. Mueller echoed Hager’s comment that many growers stopped bothering to report damage because nothing happened as a result.