Normally at this time of the year, California farmers would be packing and shipping millions of cartons of oranges to China – but not now. Chinese importers now have to pay 51 percent in taxes on U.S. oranges and most are opting to find the citrus elsewhere, says Joel Nelsen, president of California Citrus Mutual.

“Normally we would be loading now for delivery in January into China," Nelsen said. “Now the business is off 80 percent.”

That’s a major blow to California farmers, who sold about 19,700 metric tons to China and Hong Kong in January 2018.

Sorghum, soybean, dairy and pork producers have been hurting for months under the weight of the trade war between the U.S. and China, but the stiff tariffs that remain in place as the countries negotiate are just starting to have a major impact on California orange farmers.

In late April, China hit the U.S. with tariffs on about $3 billion worth of agricultural commodities, including a 15 percent import tax on oranges. That was in retaliation to new U.S. tariffs on steel and aluminum. Then, in July, China imposed a 25 percent tariff in another round of retaliation – this one to protest U.S. tariffs to punish China for intellectual property theft.

Including a base 11 percent tariff that China already levied on oranges, Chinese buyers would have to pay a total of 51 percent in import taxes to continue buying the fruit.

But there aren’t many orange exports to China in July, so the damage was minimal, said Nelsen. The big months for orange shipments are December, January, February, March and April.

So it wasn’t until November, when California should have been loading about 14,000 tons of oranges for December delivery, that the tariffs really started to bite. And that’s why Nelsen has been to Washington D.C., in the past four weeks to meet with officials at the USDA and Office of the U.S. Trade Representative.

“I’m getting the sympathy, but not the sales,” he said. 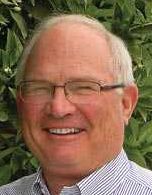 Nelsen says one of his biggest frustrations is the fact that the official reckoning for the orange sector’s 2017-18 marketing year, which runs from October through November, will look like farmers did extremely well with exports.

“The 2018 figures are going to look good as far as no pain, but the month of December is down by about 80 percent and we’re expecting the same thing for January through March as it stands right now," he said.

Another frustration is that China isn’t buying oranges like it’s buying soybeans.

President Trump, after a Dec. 1 meeting with Chinese President Xi Jinping, announced that progress was being made. The U.S. agreed to postpone plans to increase tariff rates on the Chinese for 90 days, and China agreed to resume buying U.S. farm commodities.

Both sides have stuck to their promises, but China has only resumed buying soybeans in large quantities.

“That’s not agriculture,” Nelsen said about the fact that China has purchased more than 2 million tons of soybeans despite a 25 percent tariff that remains in place. “That’s just a commodity in agriculture, and there’s a whole lot of us that have suffered.”

To add to the pain, USDA's Foreign Agricultural Service is now predicting that Chinese citrus imports will remain strong after a poor growing season.

“While imports from the United States are expected to be down because of increased tariffs, counter-seasonal shipments from suppliers such as Australia and South Africa are expected to continue to increase,” the FAS said in the new analysis.

The U.S. is the third largest foreign orange supplier for China behind South Africa and Egypt. Australia is the fourth largest, but the country is now expected to steal at least some of the U.S. share, while U.S. farmers look for new ways to sell their fruit domestically in an already depressed market.