FMD bank less than sought, but should boost fight against the disease

Language in the new farm bill didn’t give the livestock sector everything it hoped for, but it could leave the nation’s disease response and preparedness efforts in a better position.

In a major win for livestock and poultry producers, the Animal Disease Prevention and Management provisions included in the recently passed farm bill authorize a U.S. vaccine bank, a diagnostic laboratory network, and state block grants, while providing mandatory spending for all three.

Currently, the United States participates in the North American Foot and Mouth Disease Vaccine Bank with Canada and Mexico. While funding in the 2018 farm bill for a much-larger U.S.-only vaccine bank fell well short of the $150 million per year requested by livestock groups, the industry hopes Congress will augment the farm bill allocation through the annual appropriations process.

“We are grateful that the bank was authorized, which is a big step, and having mandatory spending going toward it is also very important,” says Allison Rivera, executive director of government affairs for the National Cattlemen’s Beef Association. “There will still be opportunities for authorizing the bank and the other two parts through the appropriations process. We will be taking a look at that as well.” 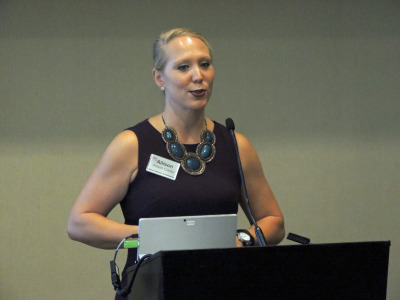 All three legs of the new program are designed to work together. The National Animal Health Laboratory Network will undertake diagnostic testing in the event of an outbreak of an infectious livestock or poultry disease, such as avian influenza, foot and mouth disease (FMD), or African swine fever. The state block grants will make it easier for states to improve coordination and more quickly contain the spread of disease, while the vaccine bank will provide as-needed vaccines to protect livestock and poultry within the area surrounding a known outbreak.

For fiscal year 2019 through fiscal year 2022, the legislation allocates $120 million in mandatory spending to all three legs of the animal disease prevention and management program. In each of the first four years, $5 million is allocated to the state block grants, with the remaining $100 million to be divided between the three legs at the discretion of the ag secretary.

In addition, the National Animal Health Laboratory Network is authorized for an additional $30 million per year for the five years of the bill. Beginning in FY 2023, the bill includes a mandatory $30 million per year for all three programs, but at least $18 million must go toward the state block grants. Additional funds for the vaccine bank and the state block grants are authorized as deemed necessary by appropriators.

“This funding will significantly improve our preparedness, and we will continue to ask for more because we can never be prepared enough,” said Liz Wagstrom, chief veterinarian for the National Pork Producers Council. Because the funding was far less than requested, Wagstrom says priority will be given to the strains of FMD that pose the greatest risk based on current movement of animals and people.

In the event of an outbreak, antigens stored at the bank can be diluted and activated. “The goal is to have enough vaccine to vaccinate animals in close proximity of a known outbreak,” Wagstrom notes, and that means having enough antigen to produce a minimum of 20 million doses of the highest priority vaccines.

If more vaccine is needed, the manufacturer will be asked to produce more antigen. The ag secretary can ask the White House Office of Management and Budget for the use of Commodity Credit Corporation funds to pay for the additional vaccine.

FMD, a highly infectious viral disease, affects cloven-hoofed animals. The virus is passed through animal-to-animal contact, contact with objects contaminated with the virus, ingestion of contaminated feed, and inhalation.

The timeline to get the bank up and running is unclear at this time. USDA’s Animal and Plant Health and Inspection Service (APHIS) will oversee the bank. According to non-government sources, one of the first steps APHIS will take is to contract with a vaccine manufacturer to produce the FMD antigens.

“In terms of virulence, foot and mouth disease is right up there with African swine fever,” Rivera says. “We will continue to hope that the money given at the secretary’s discretion will be given to the bank. The secretary has been given flexibility, so in the event of an outbreak, the hope is he would see the need and manage the need.”