Farmers will have to tighten their belts again this year, as grain production continues to soar, keeping prices low, said Mark Jensen, President and CEO of Farm Credit Services of America in Omaha, Neb., which serves farmers in Iowa, Nebraska, South Dakota and Wyoming.

“For producers, it’s this ongoing trend of continuing to have to manage their margins through cost management and running as lean and efficient operation as they can,” Jensen said, adding that credit conditions continue to be a “mixed bag.”

“Current revenue levels are putting pressure on margins," he said. "Those who took advantage of the (commodity) pricing opportunities in the summer of 2018, along with the $1.65 government payment on soybeans, and if they had above-average yields, we’re seeing producers come in with break-even or better.”

Some of those factors haven't worked out for certain producers, who had already exhausted the usual options to remain profitable or break even, such as restructuring debt, deferring principal payments and cutting costs, forcing them to sell assets.

Particularly in the areas of liquidity and working capital, farmers have been under a lot of pressure. “I would anticipate you will continue to see a slightly increasing trend of producers having more challenges from a repayment standpoint,” Jensen said. Still, the current situation isn't as bad as the 1980s, he said. 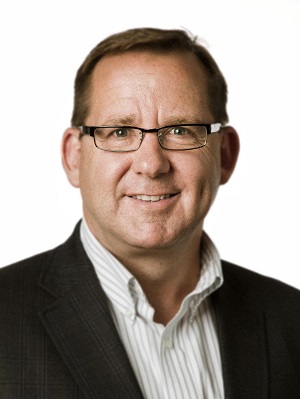 The enactment of a new farm bill and the completion of negotiations on the U.S.-Mexico-Canada trade agreement have helped to give farmers more confidence about their land values, he said.

Jensen said that since their peak in 2013, farmland values are down about 18 percent in Iowa, 19 percent in Nebraska, and 12 percent in South Dakota.

Ag commodities are facing challenges across the board, but Marc Knisely, president and CEO of AgCountry Farm Credit Services, said dairy producers in particular “have taken it on the chin.” AgCountry serves customers in Minnesota, North Dakota, and Wisconsin. Compared to last year, he said the dairy sector is “worse, just because they are coming off another loss year.”

U.S. sales of all fluid milk items have declined for seven years in a row at an annual rate of 1.9 percent, according to the National Milk Producers Federation December 2018 Dairy Report.

Knisely said dairy producers are still frustrated at not being able to sign up for the new Dairy Margin Coverage program. The government shutdown halted USDA's implementation of the farm bill just as it was getting started.

Kathy Heustess, president and CEO of ArborOne Farm Credit, said conditions are “frayed” in northeast South Carolina. Her clients have endured devastating weather for years and some are still struggling to get what’s left of their peanut, soybean, and cotton crop out of the field, “with hundreds of acres needing to be harvested."

Heustess said hurricanes followed by severe rain and flooding have some farmers waterlogged. And with Farm Service Agency offices shuttered because of the federal shutdown, farmers have not been able to get federal relief funds.

“Farmers count on the Farm Service Agency for a lot of pre-planning and what they are going to plant," Heustess said. "Lenders also depend on FSA to help guarantee loans whether those are direct or emergency loans.”

Companies also rely on FSA for acreage reports when selling crop insurance. She also “fully anticipates some folks not being able to” pay off loans.

Some farmers who experienced a loss again this year have turned to selling assets as a last resort. But according to Farm Credit’s outlook, they haven’t seen signs of significant asset value deterioration.