U.S. and Chinese negotiators are in Beijing this week trying to strike agreements to end the countries’ trade war, but the damage has already been done for the U.S. ag sector and some of it is irreversible, according to farmers who don’t expect to recover a lot of what they have lost to months of steep tariffs.

“No one wins in a trade war, but in the case of U.S. soybean farmers, we’re going to get the short end of the stick,” said Mark Albertson, director of strategic market development for the Illinois Soybean Growers. “Even if the trade war ends tomorrow, we’re going to be faced with permanent damage. That’s our concern.”

It’s been more than seven months since China levied a 25 percent import tax on U.S. soybeans last summer in retaliation to U.S. tariffs meant to punish Chinese trade policies such as forced technology transfer. But by then, China’s importers were already cutting down on purchases. When the Chinese tariffs were implemented in June, all imports from the U.S. stopped.

At first, China’s massive livestock industry turned to Brazil, paying steep premiums to buy soybeans that would have normally gone to Europe or elsewhere. It didn’t take long before the Chinese realized they could simply make do with less, said Albertson, who returned recently from a trip to China to talk to buyers.

“The (Chinese) came right down to it and said that at first there was panic when the retaliatory tariffs took place, but now … (the Chinese) say they can get by without U.S. soy and it won’t be a big deal. I believe them.” 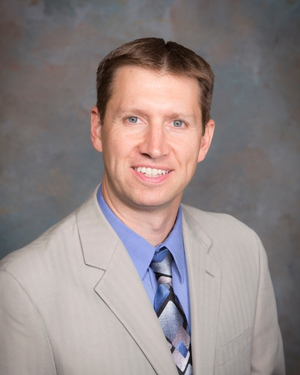 Richard Wilkins, president of the Delaware Farm Bureau, says the Chinese learned very quickly that they could get away with reducing the amount of soymeal that their animals consumed, just as U.S. pork producers did several years ago.

Just a year ago swine feed included 20 percent soymeal, says Wilkins, also a former president of the American Soybean Association. Now the average inclusion rate is between 15 and 16 percent.

“This has long-term implications because (the Chinese) discovered they don’t need as high of an inclusion rate,” Wilkins said. “We’re never going to get that inclusion rate back.”

The South China Morning Post reported that the China Feed Industry Association announced it was lowering its standards for protein levels in swine feed and that would likely cut China’s need for soymeal by 11 million metric tons per year.

But the Chinese are learning that much of the protein that is still needed doesn’t necessarily need to come from soybeans.

“Even in our own country, when soybean prices soared high after the 2012 drought, our swine feeders figured out ways to reduce the inclusion rate and supplement that with synthetic amino acids, DDGs and other ways of keeping the protein up without using as much soymeal,” Wilkins said.

Albertson highlighted the Chinese efforts to bulk up swine feed with synthetic amino acids, especially lysine, the most important of the 10 that swine need and historically get through soybeans or other protein sources. He said that he and his delegation learned during their trip to China that a factory is now under construction there, and its sole purpose will be to produce the protein building blocks.

“They’re going to be using more canola meal and other inferior proteins,” Albertson said. “And of course they’re looking to grow more soy for themselves and purchase more from Brazil and other places. … They’re moving on without us and that’s the biggest concern.”

Brazil’s soybean harvest is expected to be down slightly from last year because of drought, but the country will still have plenty to send to China, and those exports will be flowing now that the South American country’s harvest is well under way.

A factor that wasn’t present last year is Argentina. Drought hit the country so hard last year Argentina ended up importing hundreds of thousands of tons from the U.S. to fulfill contracts to supply soymeal and soyoil. But Argentina is now expected to produce a bumper crop of 56 million metric tons for the 2018-19 marketing year, up from just 36 million for 2017-18, according to an analysis by the USDA’s Foreign Agricultural Service.

And Argentina is now forecast to triple its soybean exports. The country is forecast to ship 12 million metric tons overseas this year, up from just 4.1 million the previous year.

In total, the Chinese have pledged to purchase about 10 million tons of U.S. soybeans since December when U.S. President Donald Trump and Chinese President Xi Jinping restarted talks to try to end the trade war, but those pledged imports were merely gestures from Xi, hoping to smooth the ongoing talks.

Trump and Ag Secretary Sonny Perdue expressed surprise and pleasure when Vice Premier Liu He announced in a White House meeting on Jan. 31 that China would be buying another 5 million tons, but Albertson said he and a growing number of farmers will not be placated so easily.

“In Trump's meeting (with Liu) he was on tape saying soybean farmers will be very happy,” Albertson said. “Well, are we really supposed to be thrilled about only recovering a portion of the market share we used to have before the trade war started? Our message is that Illinois soybean farmers will not be satisfied until these tariffs go away. Anything beyond that is not a long-term solution.”

Another long-term problem will be the lasting impact of diminished U.S. soybean exports this year, says Wilkins. U.S. ending stocks for 2018-19 are now forecast to total 910 million bushels, more than double what they were in 2017-18, according to the latest USDA forecast. That’s roughly a quarter of total production. 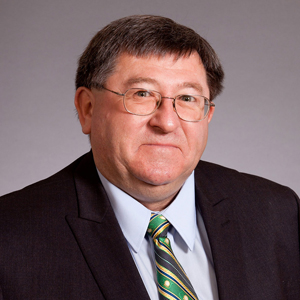 “So between 20 and 25 percent of last year’s crop is still going to be sitting in silos and storage bins when we begin harvesting next year’s crop,” Wilkins said. “This carry-over — this burdensome excess supply — is going to hurt the prices of our commodity for the next several years to come.”

Soybeans were far from the only U.S. farm commodity to be hit with Chinese retaliatory tariffs last summer. In fact, virtually all U.S. ag exports to China have been hit with import taxes, and commodities like cotton are also being replaced by exports from South America.

China, which imports one-third of the cotton that its mills use, bought 45 percent of that from the United States in 2017, but that share could permanently slip to 30 percent or 35 percent because of increased competition from Brazil, according to an official with a major trading company that buys both U.S. and Brazilian cotton.

Brazil is “going to be a long-term fixture in the Chinese import business,” said the official, speaking on condition of anonymity. He said that Brazilian cotton is similar in both price and quality to U.S. cotton.

Thanks to their growing overseas market, Brazilian farmers are expected to export 7.3 million bales during the 2019 marketing year, which starts in August, nearly triple what they shipped for 2016.

Right now it’s unclear if the U.S. and China will be able to resolve their differences and reach a deal that brings down the tariffs, but Trump said negotiators are making progress this week.

“We have our people over there now,” Trump told reporters Tuesday. “I just got a report. Things are going well with China. China wants to make a deal very badly.”

Phil Brasher contributed to this report