Home » US rice sales to China on hold, but maybe not much longer
News Politics Trade

US rice sales to China on hold, but maybe not much longer

China needs rice imports, U.S. farmers are anxious to sell more rice and it might not be long before the countries are doing business after more than 20 years of haggling over details of opening up trade.

While there’s no guarantee, farmers and millers are increasingly optimistic because the Chinese ban has been lifted, a handful of U.S. rice mills have been cleared for export, and China is looking to make the Trump administration happy with commodity purchases.

It was in December that China took a major step toward making that happen, changing its customs regs and officially lifting its ban on U.S. rice. Separately, China has now officially cleared seven of the 34 U.S. rice mills that USDA’s Animal and Plant Health Inspection Service (APHIS) has asked China to certify under the country’s sanitary and phytosanitary regulations, U.S. industry and government officials tell Agri-Pulse. The remaining mills are still under Chinese consideration, sources say.

While the ban has been lifted and seven U.S. mills have been certified, there is one obstacle left that is preventing rice from flowing from American farms to buyers in Beijing and Shanghai: the U.S.-China trade war.

China slapped a 25 percent tariff on U.S. rice last year in retaliation to U.S. tariffs that were meant to punish the country for intellectual property theft and other trade affronts.

The tariff – enacted when the Chinese ban was still in place – is a major barrier, but it isn’t absolute. China also continues to levy a 25 percent tariff on U.S. soybeans, but that hasn’t stopped the Chinese government from buying about 10 million metric tons of U.S. soybeans over the past two and a half months.

Trump called the Chinese purchases “a fantastic sign of faith.” 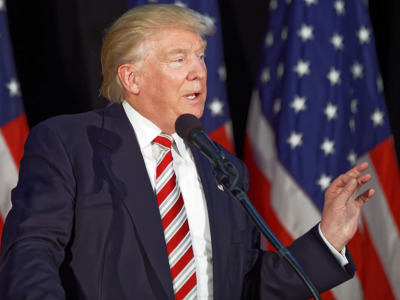 Chinese President Xi Jinping made it clear in a recent letter to Trump that China is buying U.S. farm commodities as a gesture of good will as the two countries continue intense negotiations to end the trade war.

“Mr. President, in our last phone call, you said you wanted for China to buy more agricultural products,” Xi said in a recent letter to Trump. “I have made some arrangements about which, I believe, you might have been briefed.”

While those purchases so far have only been of soybeans, there was talk of China buying another ag commodity when Trump met with Chinese Vice Premier Liu He on Jan. 31 after a week of talks by the two countries.

Trump thanked Liu for the message that China was going to buy more soybeans “and other product that they've just committed to us prior to the signing of the deal,” but never specified what that other commodity would be.

US rice wants sales after China lifts ban
EU eager to strengthen US trade ties, but not on agriculture

“They discussed other things that they are buying also,” Trump said.

A source involved in the negotiations that led up to the Trump-Liu meeting told Agri-Pulse the “other things” were definitely agricultural commodities and could possibly be rice.

If it is rice, that would be a major boon for the U.S. rice sector that depends heavily on exports. The U.S. exports about half the rice it produces.

Perhaps even more important to the U.S. rice sector than a “good faith” purchase would be an end to the trade war and the Chinese tariffs that have impacted just about every U.S. farm sector. China consumes about 144 million tons of rice every year and is the world’s largest rice importing country. China imports about 5 million tons of rice, according to USDA data, so even a small fraction of that market would mean a lot to U.S. farmers and millers.

Chinese negotiators are in Washington for talks this week, following fast on a week of negotiations last week in Beijing, and the situation is looking good, Trump said Tuesday.

One thing U.S. negotiators are demanding is that China live up to pledges it made when it joined the World Trade Organization, and that includes buying a lot of U.S. rice. China, as one condition for its acceptance into the WTO, agreed to buy at least 2.7 million tons of U.S. rice each year.

And there’s no reason that shouldn’t start right now, said one U.S. rice industry representative, who asked not to be named because of the sensitivity of the ongoing trade talks.

“Now that you have the technical ability, the next step is the political approval to import rice,” the official said. “The importers will have to get the political nod that it’s okay to do this.”