EPA will make a decision about whether to revoke food tolerances for chlorpyrifos within 90 days of receiving an order from the 9th Circuit Court of Appeals, a Justice Department lawyer promised a 9th Circuit panel during oral arguments Tuesday.

No order has been issued yet, but many of the 11 judges on the en banc panel in San Francisco expressed frustration with the process to get a decision on chlorpyrifos, a widely used organophosphate that environmental and farmworker groups have sought to ban for years, primarily because of its effects on children. They pressed DOJ Deputy Assistant Attorney General Jonathan Brightbill for assurances that if they ordered EPA to make a decision, it would do so expeditiously.

EPA banned it for residential use in 2000 and received a petition to cancel food tolerances in 2007. The agency finally proposed to do that in 2015, but then-EPA Administrator Scott Pruitt did not finalize that rule, instead deciding in early 2017 to continue to allow its use until its registration expired in 2022.

The League of United Latin American Citizens and other groups sued and won a decision from the 9th (trade name: Lorsban) to revoke food tolerances and cancel registrations within 60 days. On review, however, the court vacated that decision and decided to rehear the case en banc, which requires a larger panel than the usual three judges.

“You’ve had 10 years or more to look at this,” Circuit Judge M. Margaret McKeown said to Justice Department attorney Jonathan Brightbill, representing EPA. “How long do you need?”

Brightbill said EPA had authorized him to tell the panel that the agency will, “barring extraordinary circumstance,” make a final decision within 90 days of receiving the court’s order. The agency has to respond to objections raised by LULAC and other groups to Pruitt’s denial of their 2007 petition.

Groups go back to court over EPA chlorpyrifos decision
EPA given 90 days to make decision on chlorpyrifos
Daybreak Jan. 25: SCOTUS could have WOTUS decision this summer 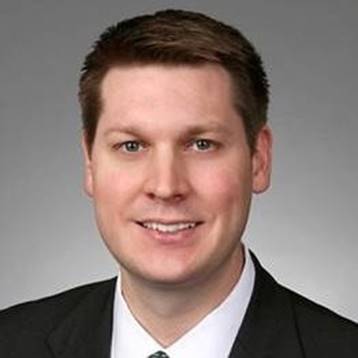 Attorney Patti Goldman of Earthjustice, representing LULAC, said the court “should order EPA to act on the objections by a date certain.” She added, “If this pesticide is unsafe, it’s got to go and EPA’s got to finalize its revocation rule.” The groups' opening brief to the 9th Circuit seeks both revocation of tolerances and cancellation of registrations.

Given the many delays on chlorpyrifos, however, she said, “We’re not very hopeful EPA will do what it’s supposed to.”

Much of the argument focused on whether the case was ready for the court to hear — that there actually was a “final agency action” that could be reviewed. But the court seemed satisfied that the case had been teed up for their consideration.

Agricultural groups have been adamant that they need chlorpyrifos, a broad-spectrum insecticide that is used on more than 50 crops, including some for which there are no reliable chemical substitutes, including alfalfa, almonds, apples, citrus, cotton, cranberries, peaches, peanuts, peas, sorghum soybeans, and strawberries.

“For some crops and target pests, chlorpyrifos is the only line of defense, with no viable alternatives,” Agriculture Secretary Sonny Perdue said when EPA asked the appeals court to rehear the case. Losing the use of chlorpyrifos “endangers agricultural industries and is expected to have wide economic impacts.”